Four teams in the hunt for World Tag League win 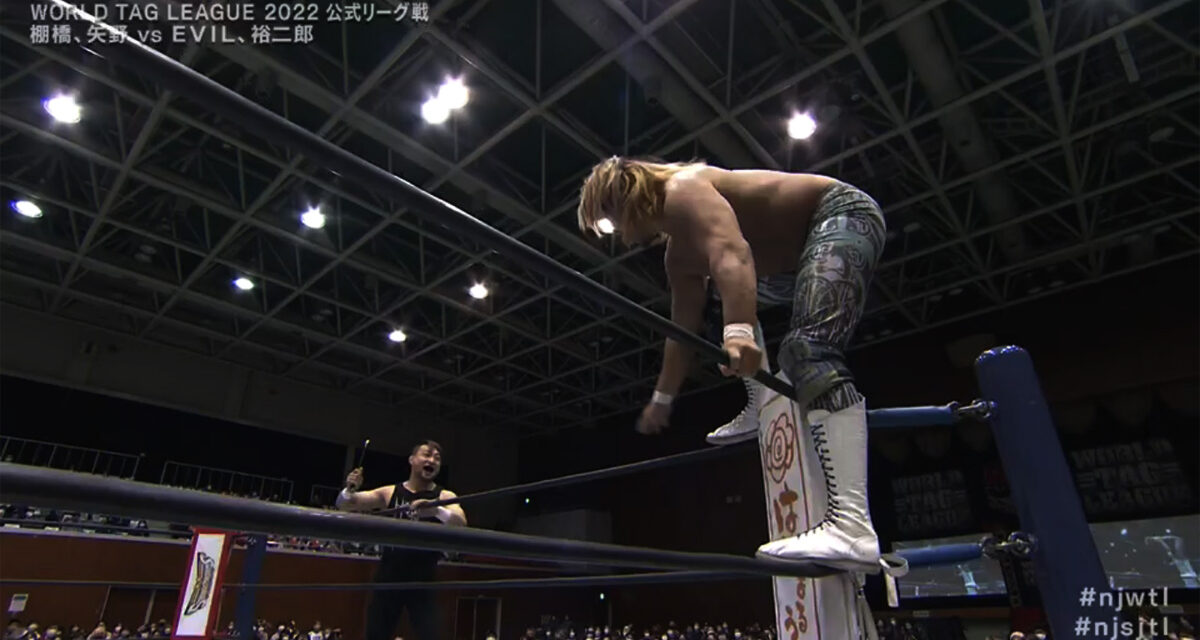 As World Tag League comes to a close there are four teams who still have a shot at winning it all.

Aussie Open still leads the pack with 14 points. They were defeated by TMDK tonight which stopped them from increasing that lead.

SANADA and Tetsuya Naito, TMDK and Hirooki Goto and Yoshi-Hashi are all tied for second place with 12 points each.

Fale wins with the Grenade.

Knight gets a big win pinning Gedo with his leaping DDT.

Kidd is pinned by Goto and Hashi’s Shoto.

Lots of shenanigans, including interference from Sho and Togo. Evil puts up his knees to block the Ace’s High Fly Flow. As the official is distracted, Evil throws Tanahashi into Sho who clocks him with his wrench. Evil pins Tanahashi with Everything is Evil.

Naito pins Suzuki after a couple of sloppy Destinos.