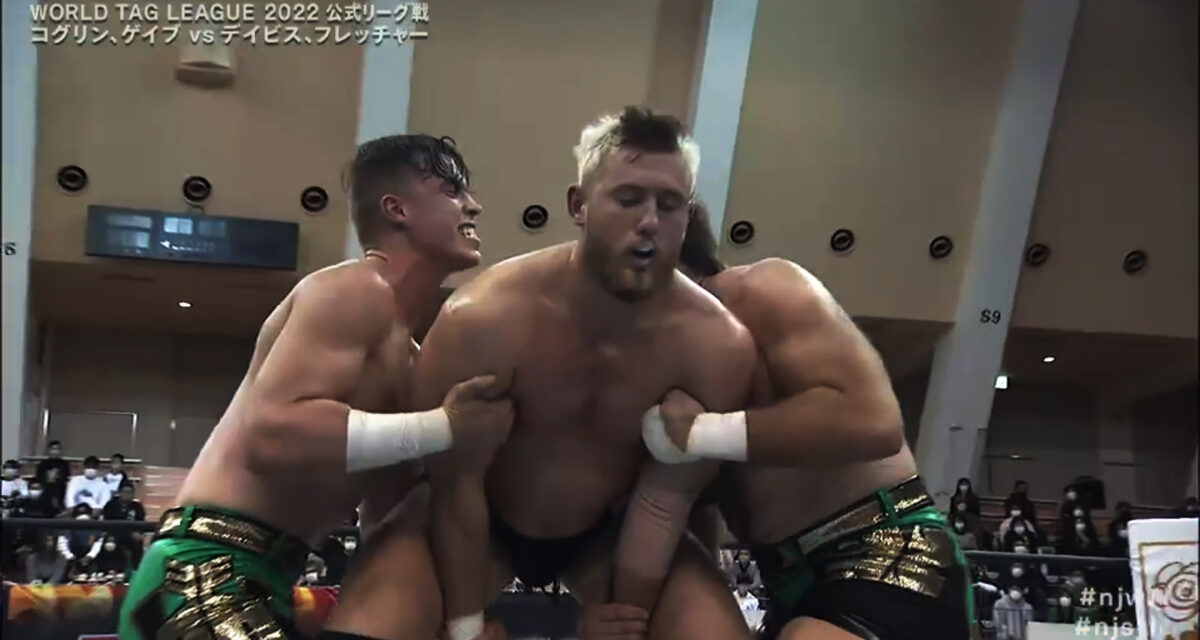 With only two matches left in the first round, Aussie Open continued their domination of World Tag League with another victory. They beat Alex Coughlin and Gabriel Kidd for their sixth win out of seven total matches thus far. Their only loss so far was to Tetsuya Naito and SANADA.

Fale pins Oiwa with the Grenade.

Kanemaru pins Gedo with a moonsault from the top rope.

Henare is put away with Shoto.

House of Torture steal one. Suzuki is shoved into the official by Yujiro. Dick Togo and Evil put the boots to Suzuki. Suzuki has Yujiro pinned with the Gotch Piledriver. Sho arrives pulling the official out of the ring. Archer is low-blowed twice and knocked out of ring. Togo chokes Suzuki with his garotte. Evil hits Everything is Evil and rolls Yujiro on top of Suzuki for the win.

Naito puts Yano away with Destino.