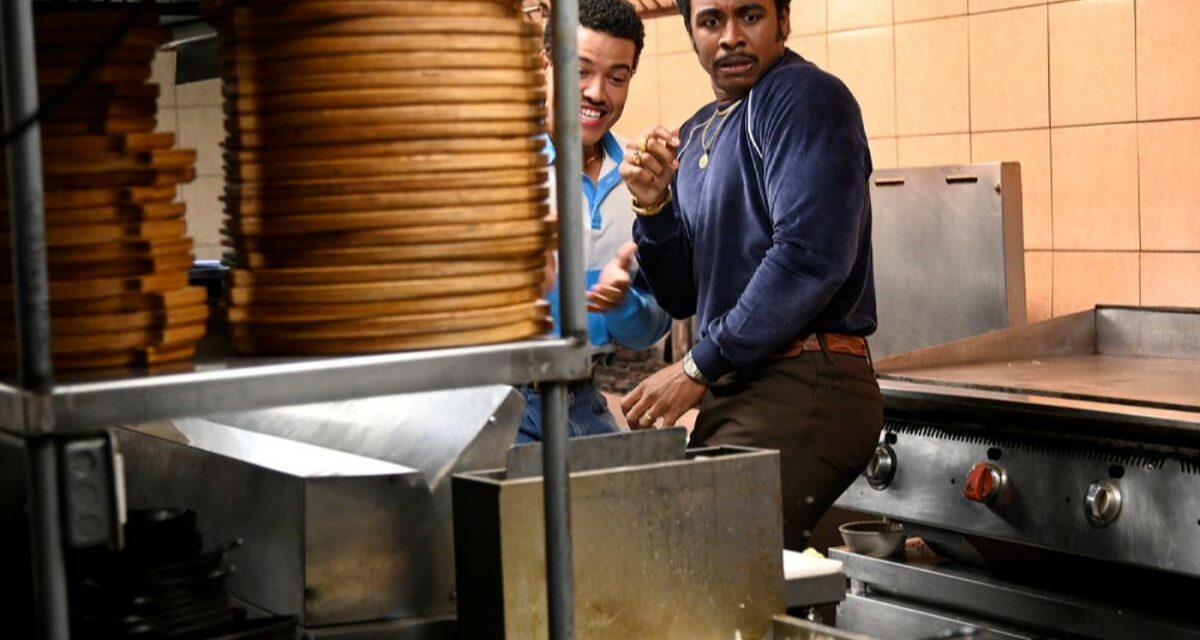 This week Young Rock takes place in 1988 in Bethlehem, Pennsylvania, where high school Rock (Bradley Constant) finally gets real with his dad.

The Johnson family is having deep financial problems. His mom, Ata (Stacey Leilua), is hustling from house cleaning job to house cleaning job while his dad, Rocky Johnson (Joseph Lee Anderson) seems to be engaged in nights of philandering and frolicking.

In the present, Rock and Randall Park fly to another country to help President Taft negotiate a coffee deal for America. They are ushered into the Prime Minister’s wrestling memorabilia room where they find the classic 1980’s Wrestlefest arcade game. Rock launches into a story about confronting and trying to understand his father.

Back to 1988, Young Rock tails his father to confront him about drinking each night with his pals. He discovers that his father is in fact the night janitor at the local Chi-Chi’s restaurant. Young Rock is shocked to learn that his father would lie to cover up the fact that he was working to support the family. The owner of the restaurant locks the two Johnsons in the restaurant for a night of cleaning…and facing some hard truths.

Young Rock calls out his dad for always telling lies that cause deep emotional issues for those who love him and that also cause financial disasters. Rocky Johnson tries to deflect the deep talk by being charming and covering up with more lies but Young Rock has none of it and tells his father to stop “working the gimmick”.

To Young Rock’s surprise, his dad agrees to tell the truth about anything he wants to know.

Rocky Johnson proceeds to try and justify his lying by revealing his lie pyramid theory: The base of the pyramid is spin and peaks with lies that cover up big problems. Young Rock is not very impressed and tests his dad’s new-found honesty by asking him a question he knows the answer to: Why did the WWF fire you?

Johnson admits that he broke Vince McMahon’s trust and even though he did not truly break the contract, he understood why Vince let him go. Rocky owns up to problems he had in other territories and how it put his family in financial peril and he now has to work cleaning a restaurant.

Father and son come to an understanding that they love one another, faults and all.

The episode ends with Randall and Rock meeting the Prime Minister after a solid game of Wrestlefest. The Prime Minister is excited to have the Rock as the guest of honour at a state dinner.

As always, stay tuned to SlamWrestling.net for coverage of all things Young Rock!