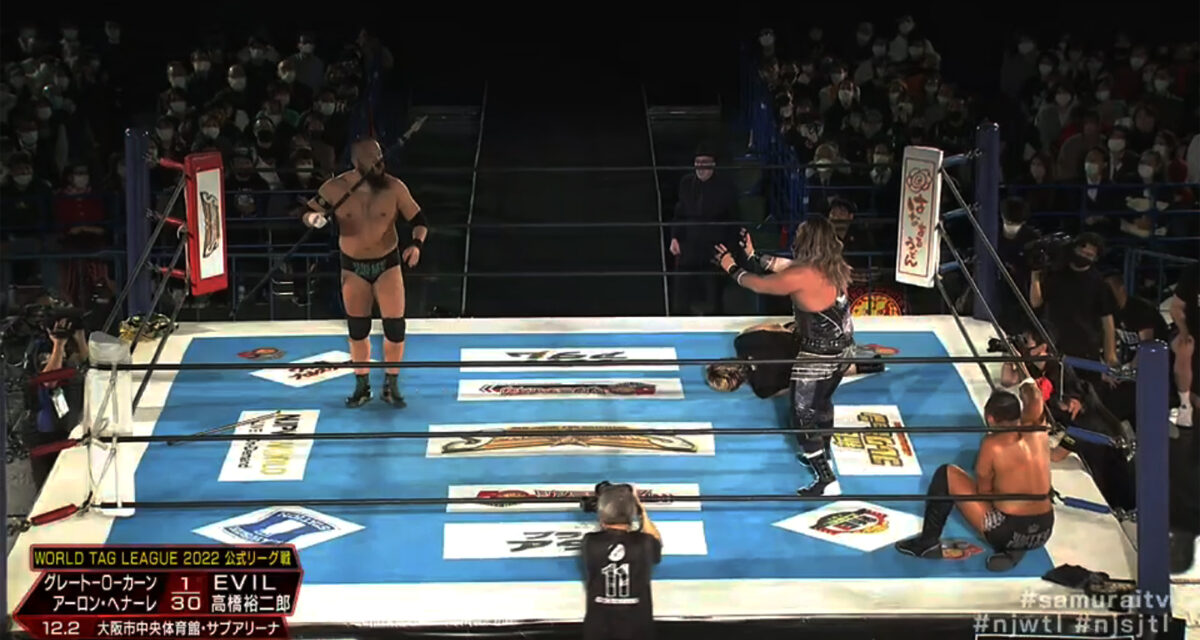 The rule-breaking antics of The House of Torture were on full display on night six of NJPW’s World and Super Junior tag leagues.

In the SHO and Dick Togo versus Lio Rush and YOH match, Yujiro Takahashi attacks Rush and Yoh from behind as they make their entrance. House of Torture swarms Rush and Yoh on the floor. Rush and Yoh hit Togo with their 3K in the ring but the official is out. Lio Rush attempts to awaken the official. He lifts him on his shoulders and tries to carry him back to the ring. Sho hits Rush in the stomach with his wrench doubling him over. Sho then hits Rush in the head with the wrench laying him out on the floor. Evil arrives with an official in tow. Despite all the chaos the new official signals for the bell to ring. Sho easily pins a KO’ed Yoh with Shock Arrow. Sho kicks Yoh’s prone body out of the ring. 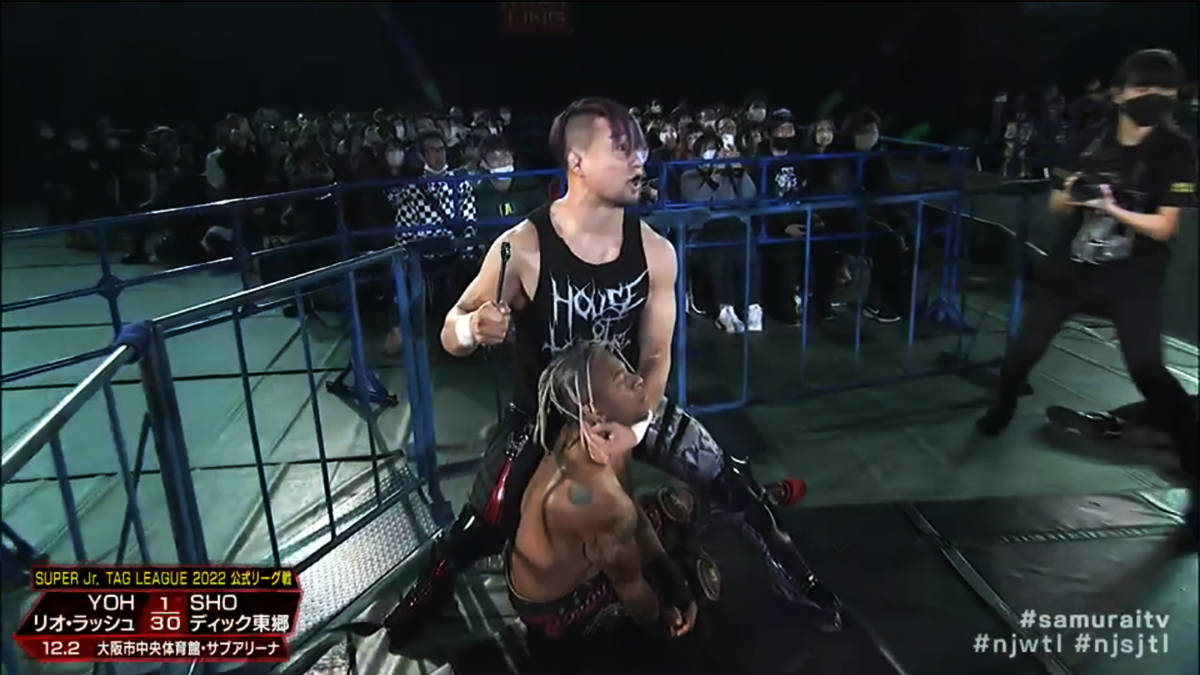 Lio Rush gets taken out by Sho. Courtesy: NJPW.

In the next match, the House of Torture members stuck around to assist EVIL and Yujiro Takahashi in their match against United Empire’s Aaron Henare and Great-O-Khan. With the official in Dreamland Yujiro brings his cane into the match. “Lord” Gideon Grey had enough of The House of Torture’s shenanigans. Grey kicks him in the “lower abdomen”. Great-O-Khan brings his massive spear into the ring. He and Evil fight over it. Khan drops the spear after being punched in the gut. Both men try low-blows but are blocked by each other. Henare slips behind Evil though and punches him in the “lower abdomen”. Henare pins Yujiro with Streets of Rage.

Kanemaru pins Knight with his brainbuster.

Austin pins Mask with The Fold.

Suzuki puts Haste in a sleeper on the mat. Haste rolls up Suzuki for the win.

Connors is put away by Akira and TJP’s running knee strikes.