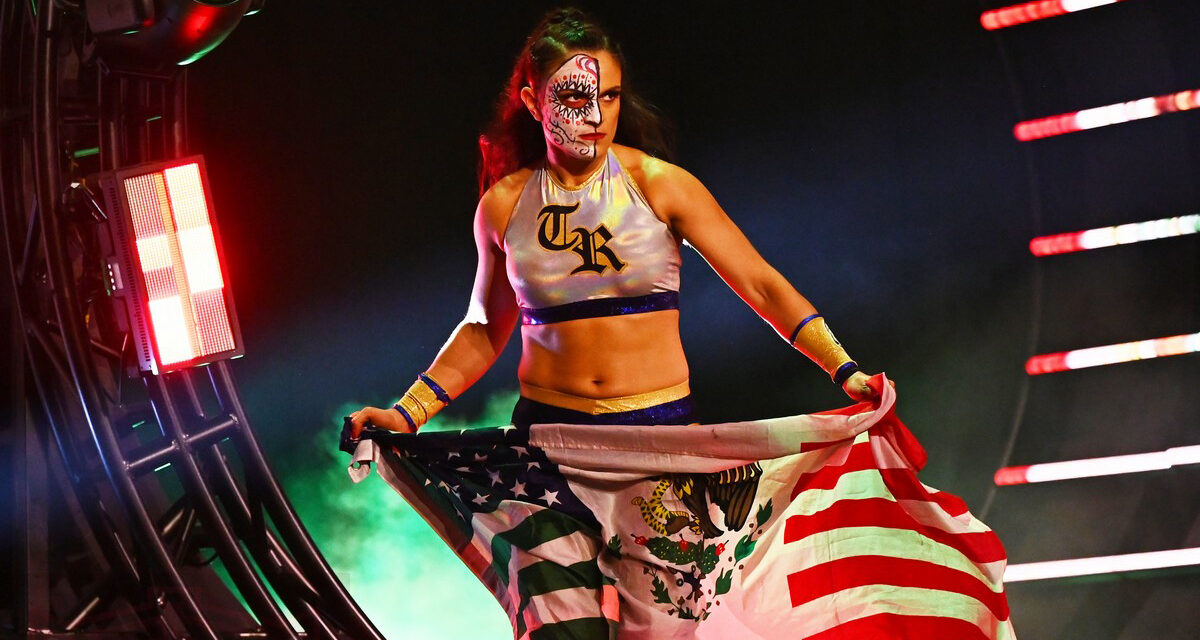 Tony Khan has turned the clock back on Thunder Rosa.

During AEW Dynamite it was announced that not only is Jamie Hayter the current AEW Women’s World Champion but Toni Storm was too.

Neither were “interim” champions as Khan has decided to strip Thunder Rosa of the belt.

“Due to the extent of the injuries suffered by Thunder Rosa and the uncertainty of when she can return to action AEW and Thunder Rosa have reached a mutual agreement. AEW management have been forced to ask that Rosa relinquish the championship,” announced Renee Paquette.

Back in March, Rosa defeated Britt Baker for the AEW Women’s World Championship in San Antonio, Texas. In August, Rosa surrendered the title.

“I am sorry and I am heart-broken and I feel like I am letting you guys down. I have to step down as the AEW Women’s World Champion. I am not able to defend the title due to injury,” she said.

Rosa also promised to return to claim what she never lost.

“I want to remind everybody that this is not going to stop me. This is going to make me better. I am going to come back stronger and better with a bigger chip on my shoulder,” she said.

Rosa Tweeted this soon after the announcement was made on Dynamite:

Thank you #ThunderArmy for all the support and @aew for being there for me. Dream-like moments happened in this run, and this is not how I wanted to lose the championship, but you deserve a present champion; on to the next chapter.