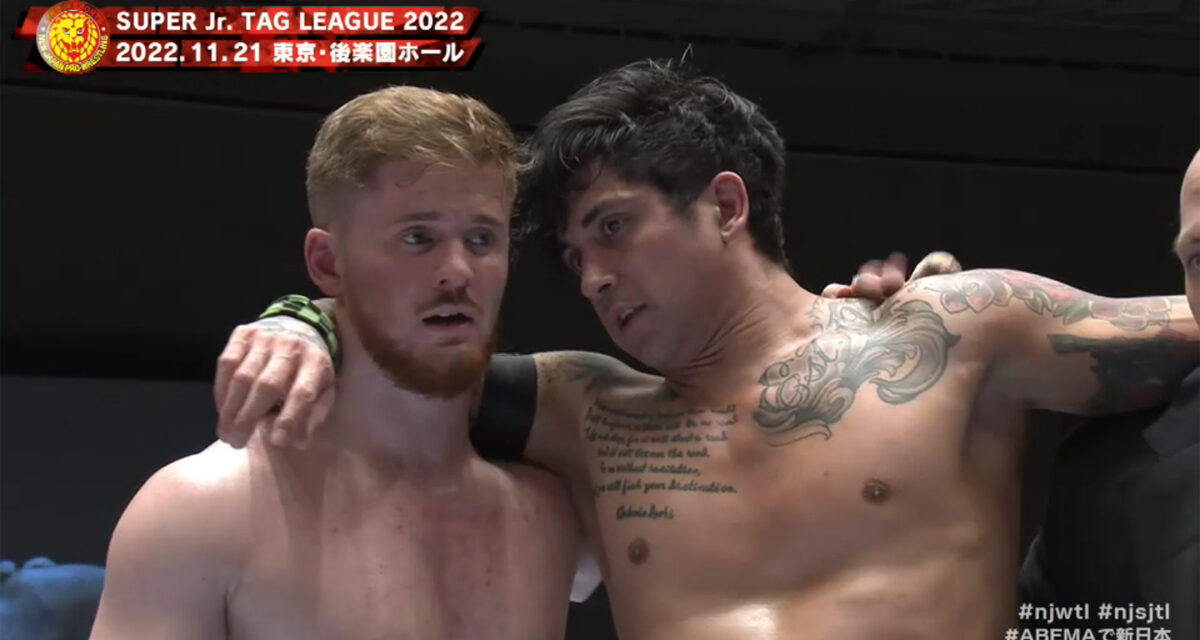 The IWGP Junior Heavyweight Tag Team Champions have started out Super Jr. Tag League with a victory. United Empire’s Francesco Akira and TJP defeated the returning Lio Rush and Yoh to score their first two points of the tournament. During some mass confusion TJP puts Yoh away with a sneaky roll-up.

The Impact Wrestling team of Chris Bey and Ace Austin scored an impressive win against the Los Ingobernables de Japón team of Titán, who just joined the faction a few months ago and Bushi. Austin tosses Bey up so he can hit the Finesse on Bushi for the win. 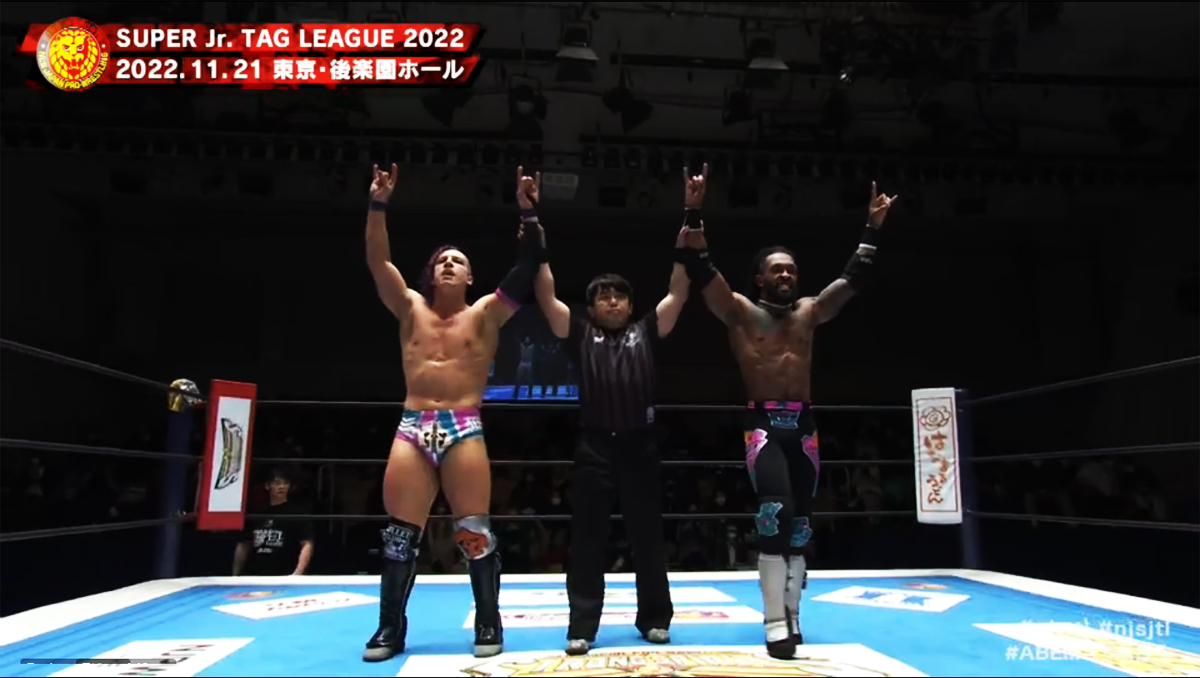 This, the first night of the tournament is free to watch on NJPW’s streaming service here.

Fujita with the Boston Crab.

Leube is pinned by Aussie Open with their Corealis finisher.

Everyone brawls on the floor so they all get counted out.

LINDAMAN doles out German Suplexes to Knight and Kushida. Zayne pins Knight with a Cinnamon Twist. 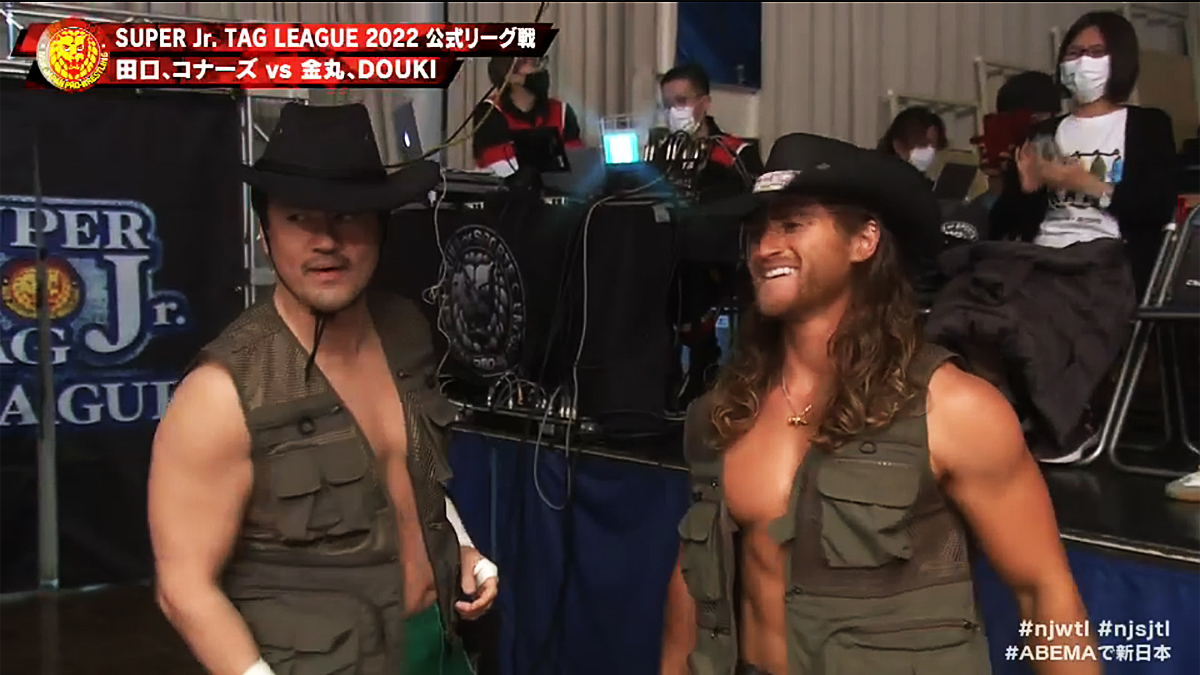 Clark Connors and Ryusuke Taguchi dressing like a team should. Courtesy: NJPW.

Taguchi comes out wearing the same Aussie Slouch “cowboy” hat and vest that Connors wears. I bet nobody in Japan accuses him of “Cultural Appropriation” either as they would in America. Connors pins Douki with his Trophy Kill slam.

Dick Togo is tapping out to Eagles’ Ron Miller Special but Evil and Yujiro Takahashi appear distracting the official. Sho retrieves his wrench but Eagles fights him off. Eagles locks it in again and Togo submits.