Hayter on her championship win: ‘It just feels right’ 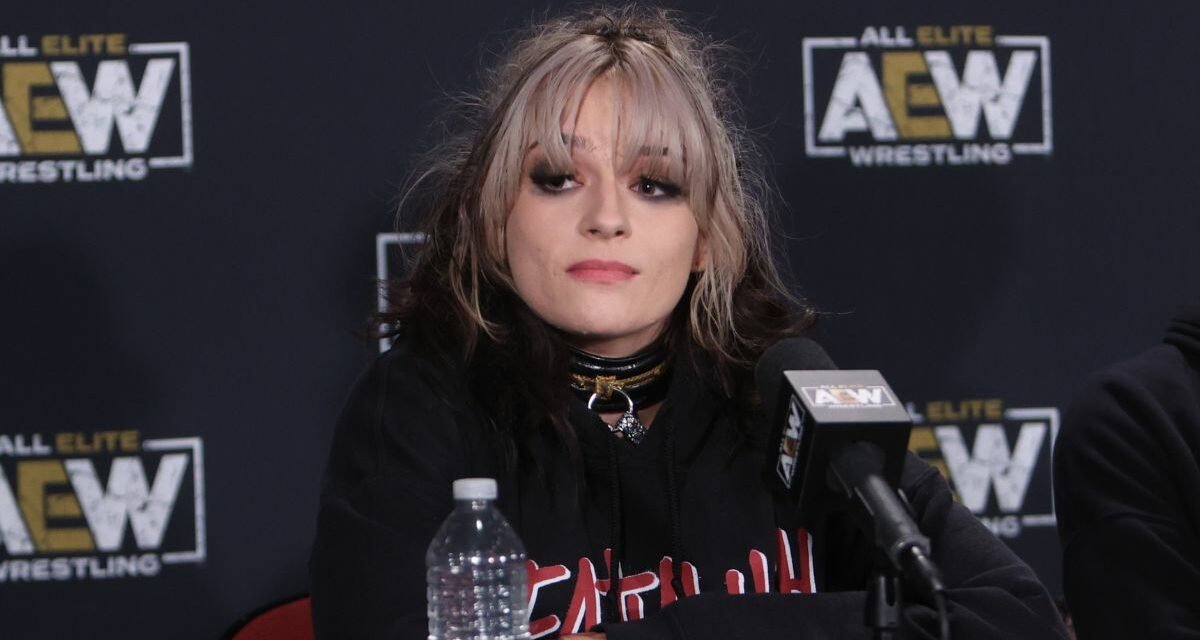 She has wrestled all over the world including Rev-Pro in the UK, Stardom in Japan and the WWE in America. Now, after seven years of grinding away Jamie Hayter is AEW’s Interim Women’s Champion. Just like with Toni Storm, who Hayter beat at Full Gear to win the championship, even though we wish the “interim” stigma was not that dark cloud hanging over her reign or an asterisk in the record books, Hayter still has a lot to be proud of and spoke about what tonight’s victory means for her in a media scrum after the event.

How do you feel about being the champion and having the fans behind you?

“Becoming the champion is extremely validating to me. Everybody works hard in wrestling. Every single wrestler that goes out there, they work hard. They sacrificed. When it happens to you, it’s almost a surreal moment because you never really think it’s going to happen. You never think you’re going to win a belt…It’s just a pipe dream but I can’t even put into words how I feel right now. If my wrestling career ended tomorrow (God forbid!) I would be so incredibly happy with everything that I’ve achieved and this is definitely the cherry on top of everything.”

What does it feel like being a champion now?

“It actually feels different. I always imagined myself when I was a kid that I would like be crying and it would be crazy but I feel very relaxed. It just feels right…I thought I would be feeling all these crazy emotions but I’m like: Yeah, I did it! That’s it. Nothing crazy. Nothing over-the-top. There were no tears, no nothing. It is validating when it is something that you’ve worked very hard for. There’s no better feeling than that and it just really puts you at peace.”

“The first time Britt and I wrestled was in some dive bar in London in 2019. So, we met, wrestled and had a really fun match. From then we just kind of built this friendship. After the first match we got on really well. We clicked. She went back to America. I went over to Japan. We stayed in contact. We just kind of built our friendship from there. She is the reason I am AEW. She’s the whole reason I’m here. She helped me so much, especially to get where I am today. Having her as a rival for the championship? I completely welcome that. I didn’t think there’s better rivals in the ring than friends or people that you’re close to. I think that makes matches because there’s more emotion behind it. If you just wrestle someone you didn’t really know or you don’t have an emotional connection with, then it’s just a wrestling match but when you wrestle someone that you truly care about? Everything’s on the line. I’m totally open to wrestling her anytime. I would love it. I really would love to wrestle her again. It’s been so many years and we’ve both got so much better.”

The pressure of being a “popular push”?

“I’m definitely the kind of person that does the best under pressure as much as I hate being under pressure. So, being a champion? I really think this is going to be an escalation of me improving in the ring. Me wanting to and trying to elevate this women’s division to what it can be and and what it will be. It is only going to keep growing and getting better. I love every second already of it. I’m feeling the pressure already and I can’t wait for it to continue however long that is, however long I keep holding this thing. I hope the pressure actually gets harder for me because I’m going to do my best work. I can’t really describe it but if you want to be a champion, you kind of have to just suck it up and deal with it and that’s what exactly what I’m gonna do.”

Saraya ‘over the moon’ about return match