Saraya ‘over the moon’ about return match 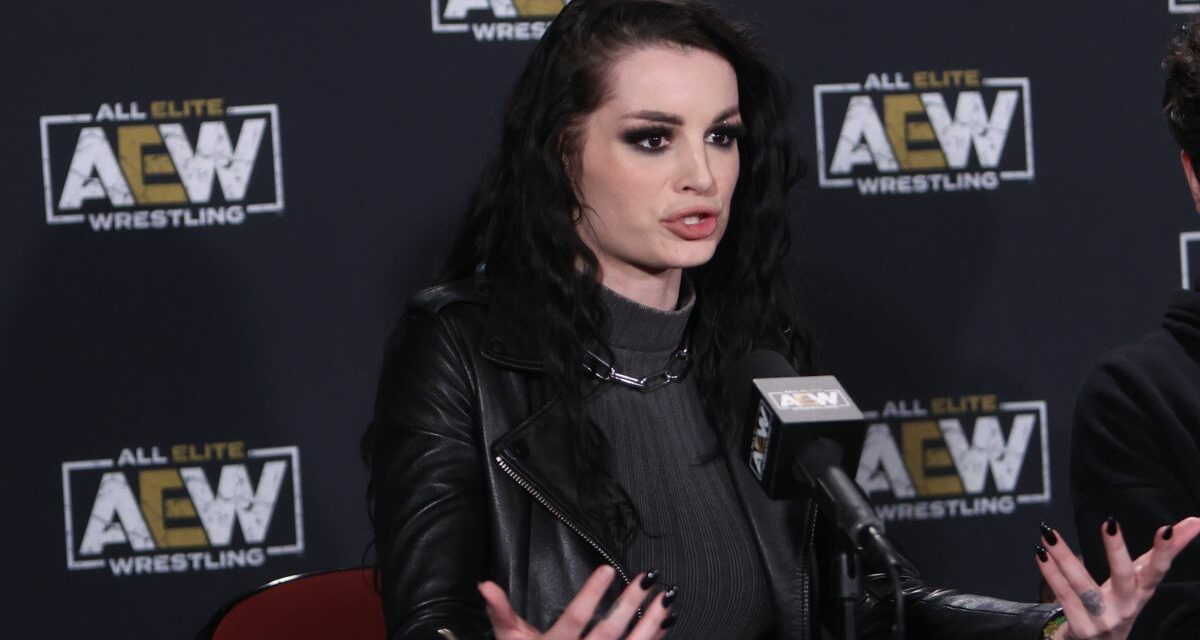 It has been five years since Saraya (Paige in WWE) stepped inside a wrestling ring and five years since that match against Sasha Banks forced her to retire from in-ring action. Tonight’s AEW Full Gear show featured her triumphant return surprising many medical experts and even herself. At the media scrum after the event Saraya spoke about her win over Britt Baker.

How are you feeling after returning to action and how often can we expect to see you wrestling going forward?

“So, I feel fantastic. Tony (Khan) really takes care of us like, down to a tee. He was like: I’m not gonna let you get back in the ring until you’re officially 100 percent ready to go. I was like, I promise you. I got this. I promise you. We did MRIs. We did CT scans. We did x-rays. My neck was just 100 percent ready to go. Even I was shocked! I was like: Well, I didn’t realize would be 100 percent but you know, we got there. Tony (Khan), he’s very understanding when it comes to injuries and stuff like that. So he said: You know, I want to take it slow coming back. I didn’t want to rush back in like I did the last time where it’s just a lot of work straight away. He was just so understanding. I really appreciate him. I’m happy that I got to do this in AEW too. I’ve been wanting to come here for a long time. So, I felt like it was very, very cool that I got to do that here today.”

How much training did you do?

“Luckily, I got to go home to the UK recently. We did some training there. Training with my family is always a plus, that’s where I started. I got to go to the Santino Brothers ring in California. Jungle Boy actually offered me his ring too but I didn’t get to go run there but I will be going back there and asked him to use his ring. I did a lot of training. I didn’t try and do like 100 percent like bumping around until I knew my neck was 100 percent okay. Then, it was like an everyday thing. I even had a signing and I had to cancel it. I was like: No, I have to focus on this 100 percent. So, it did take a lot. I know even in the match today, I am rusty. It’s been five years and I tried to give 110 percent. I feel like I did do that. I gave as much as I could. You know working with Britt (Baker), she’s just she’s a star. She’s an absolute star. She helped me a lot. Long story short, I had to work out a lot and I’m going to continue to do so.”

“Walking out, I was the most nervous I’ve ever been in my career because I want to give 100 percent. I felt like I had to step up my wrestling game, you know?…I feel like the caliber of AEW women’s wrestling is just so high. We have Toni (Storm) and we have Jamie Hayter on the on the show today. And I’m like, Oh, my gosh, please we need to go before them because they’re just so good. That’s so fun. All the women here are so good. I had a lot of emotions. I feel like there was a lot of eyes on the match tonight. There was a  lot of eyes, even non-wrestling fans, so there was just a lot of focus on this show. I was like, man, I don’t want to let anybody down. I don’t want to let Tony (Khan) down. You know, he’s given me this opportunity and I’m so happy. But yeah, we got through it. Once we got done, I was like: Okay, I can like relax for a second. I’m just over the moon. I can’t believe I had my first match back. I never thought this would happen in my life.”

About introducing the world to Saraya?

“It feels so good to be myself. When I’m here I don’t feel like a product. I feel like me and that’s all I’ve wanted. To just have that freedom to be myself is so great. I’ll start getting more character stuff out there eventually but right now I’m excited to just be Saraya and just having my name out there. I’m surprised when I debuted so many people knew my name because I felt like as soon as my name popped up on the site in Toronto nobody was going to know who the heck I was but there they were so receptive and the crowd was just absolutely ballistic. It just feels good. When I saw my name trending for the first time as Saraya I was so proud. It made me feel good.”

Hayter on her championship win: “It just feels right’