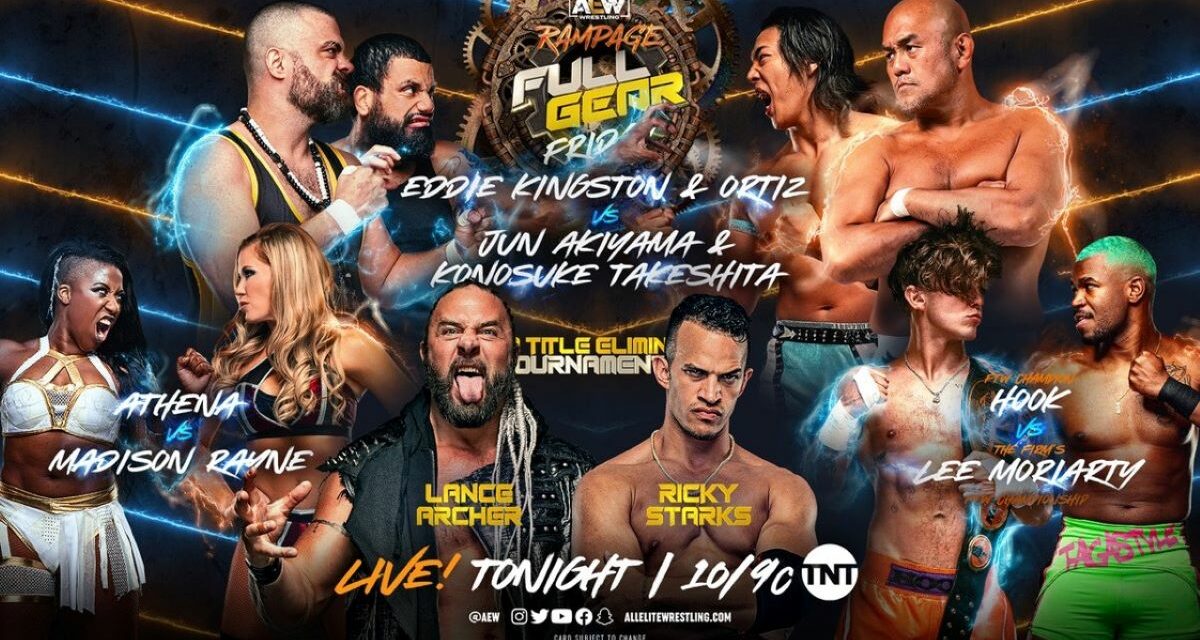 Due to unforeseen circumstances, this will be an abbreviated AEW Rampage report, but you should definitely check our Countdown to AEW Full Gear.  But here’s what happened at the Prudential Center in Newark, NJ.

Both men brawl in the back of the arena to the audience and then get to ringside, with Starks wearing a Devils jersey and loafers as he battled on.  A spear by Starks to roll up Archer is enough to advance in the tournament

Brian Cage and Prince Nana come out to scope the competition.  Starks goes to confront them but gets blindsided by the Murderhawk and is slammed on the steel steps after the match.

Tony Schiavone had an interview with ROH World Champion Chris Jericho and Sammy Guevara ahead of their four-way match for the Ring of Honor World title against Claudio Castagnoli and Bryan Danielson. Jericho says he’s the greatest and will keep the belt with Guevara’s help.  The Spanish God is all, “we’ll see about that.”

Moriarty was dominant for most of the match(!) and even had him locked in the Border City Stretch, but Hook transitions smoothly to the Redrum submission for Moriarty to quickly tap out

John Silver and 10 are backstage with Rush And Jose the Assistant who talk about his interference in his match with Bandido last week. Silver was proud of that, and then Jose challenges him.  Silver says Dark Order are up to teaming, but 10 doesn’t feel that way and walks off.  What could it mean?

Athena attacks Rayne from behind, and it is just a squash as she puts her away with the Wrath of the Goddess (backdrop to a lungblower) to pick up the win.  After the match, she continues her hellish ways before Mercedes Martinez appears from the back to chase off the Fallen Goddess.

Best Friends challenge The Factory to a five on five match.  Rocky Romero is back in and they tease a partner who is Very Mysterious, Very Evil (and if you can’t figure out that it’s Danhausen, I have nothing else to give you).

Kingston starts with Takeshita in a test of strength, then gets a chop and a belly-to-belly suplex.  Once Ortiz comes in, Akiyama decimates him with a spike piledriver.  He and Takeshita combine for a double team backdrop clothesline into a lateral press for a two count.  Ortiz is in trouble but manages to catch Takeshita up top with a cutter, and then gets a tag to Kingston who gets a swinging neckbreaker to Takeshita for a two count, spends the rest of the match taunting Akiyama as he lights up Takeshita’s chest in the corner with rapid-fire chops.

They announce that AEW will have a Zero Hour Preshow on TNT before the PPV, so come back to slamwrestling.net for the results! 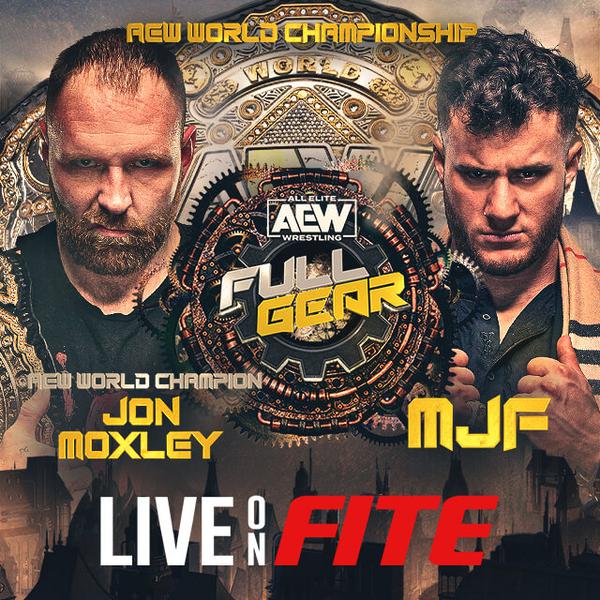