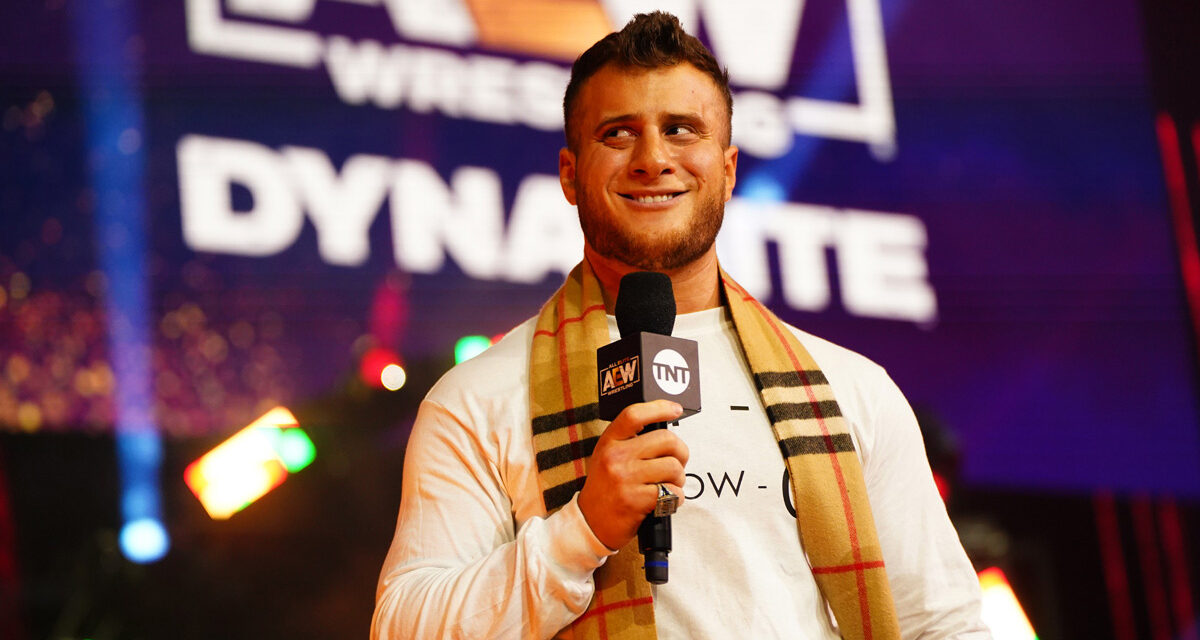 After last night’s go-home edition of Dynamite went off the air, MJF addressed the crowd.

MJF took the opportunity to praise Tony Khan and do a little bit of self-promotion as well.

“Now, you guys think you’re wrestling fans? Imagine. Imagine for one second that you had the opportunity to bring your love of professional wrestling out to the world and create an alternative. Would you do it? This man right here busts his ass week in and week out to give not just you but all the boys in the back an opportunity to show the world how much we love professional wrestling,” said MJF of Khan.

MJF then went on to remind the fans of the risks the talent take to entertain them.

“Every time we get in this ring we are risking our lives. Do you people understand that? And we don’t take that lightly. What I damn sure don’t take lightly is somebody coming into MY company, dropping their pants and taking a dump! That s–t ain’t happening anymore!” he said emphatically.

MJF then patted Khan on the back while making his intentions known as well.

“The only reason why this place is here is because of Tony F—–g Khan! Without AEW professional wrestling is a monopoly and do not get me wrong, I love WWE. Trust me, I love WWE. However, your favorite wrestlers don’t get paid properly and don’t eat properly unless Tony Khan makes that alternative. I’m now going to finish it with more honesty. Tony, I’m just going to keep it real with you. I’m carrying this damn place on my back and if I were you I would pay up in the bidding war of 2024. Connecticut, you better buy this pay-per-view to witness history because MJF is taking home the gold!” said MJF finishing up.