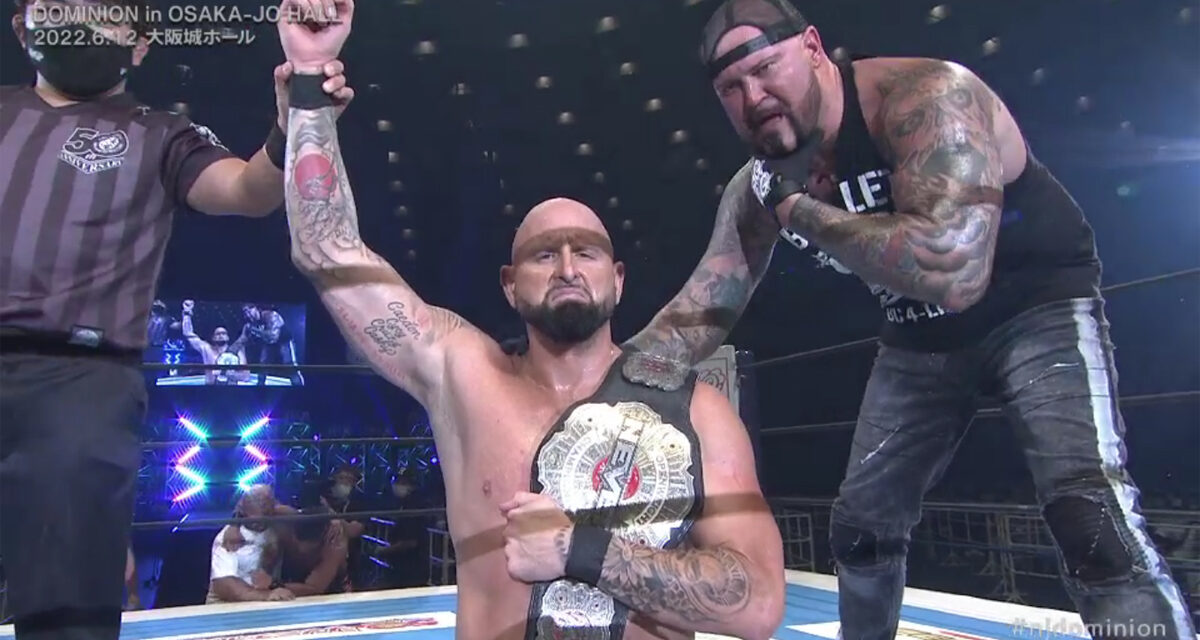 The situation between Karl Anderson and NJPW has hit a wall. NJPW has now given Anderson a final warning.

The problem began when Anderson won the NEVER Openweight Championship from Tama Tonga at Dominion 6.12 back in June.

NJPW announced on October 4th that Anderson would defend the championship on November 5 in Japan against challenger Hikuleo.

While he was still the champion, Anderson along with his Good Brothers partner Luke Gallows returned to the WWE to assist their Bullet Club pal A.J. Styles on October 10th. The WWE would later announce that The Good Brothers and Styles would face Judgment Day at WWE Crown Jewel on November 5th.

Anderson has since posted a video insisting that NJPW didn’t book properly through his agent, Luke Gallows.

“We are a little double booked because you didn’t run it through me so he ain’t coming and we ain’t coming,” said Gallows in the video.

Anderson explained that the Good Brothers would come back to Japan on their time.

OFFICIAL STATEMENT FROM THE GREATEST #NEVEROPENWEIGHTCHAMPION ON THE FACT THAT @njpw1972 BOOKED ME WITHOUT GOING THRU MY BOOKING AGENT @the_biglg ……. SO WITH THAT SAID …..
We gotta little problem.
Signed, @wwe ‘s #theOC ‘s Karl “Bright Lights” Anderson pic.twitter.com/b5N8yIW7Xa

Apparently, the video has angered NJPW officials and Anderson now has real heat with the company. NJPW have followed the video with a statement of their own:

“Despite comments from Doc Gallows to the contrary in Anderson’s video, the booking was made through the appropriate channels, and with Anderson’s expressed approval.”

NJPW then issued Anderson an ultimatum:

“NJPW has for the past several days attempted to negotiate with Anderson, but has not been met with a response. Should Anderson decide to renege on his scheduled championship match, he will be required to vacate the NEVER Openweight Championship and return the title belt to NJPW immediately. New Japan Pro-Wrestling holds its champions to the highest standards of professionalism, and sincerely apologizes to fans for any disappointment or inconvenience caused by this matter.”

It seems that the ball is now in Anderson’s court.