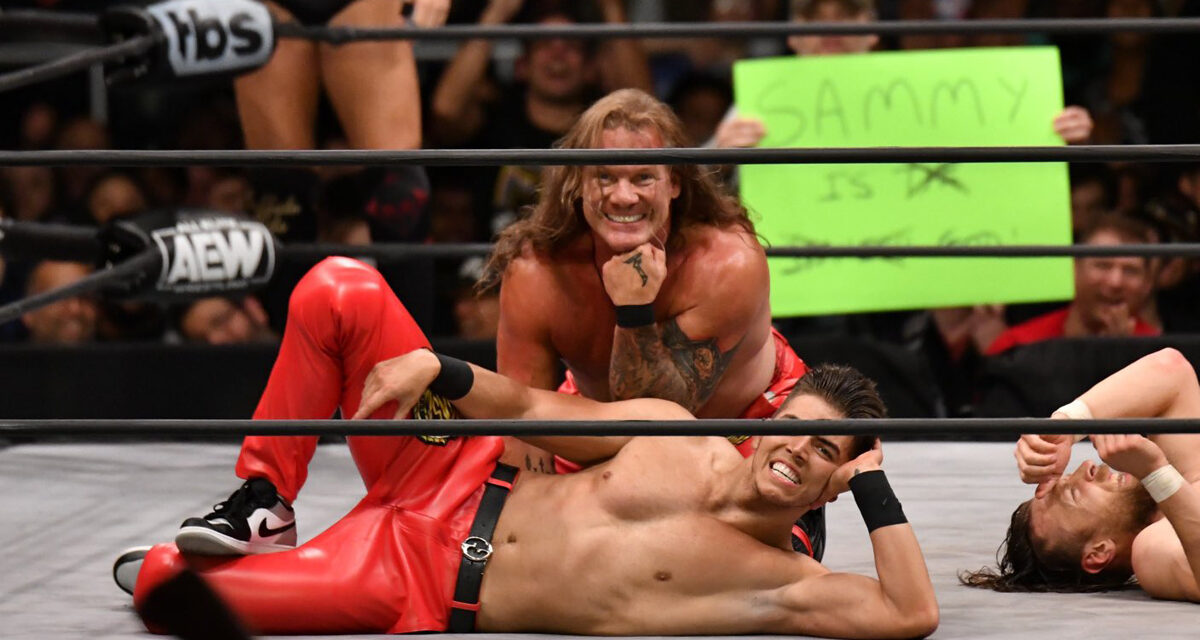 Twenty years ago, Chris Jericho beat “Stone Cold” Steve Austin and The Rock on a single night. Well, now he’s got something he can be even more proud of: beating Triple H and Hulk Hogan in the finals of SlamWrestling.net’s WWE/WWF Theme Song Tournament.

Indeed, after two months of intense competition pitting 64 of the best entrance themes in the history of the company against one another, Jericho’s “Break the Walls Down” beat Triple H’s “The Game” and Hulk Hogan’s “Real American” in the triple-threat finale.

To be honest, the result could be seen as a pretty major upset. Real American – the song that has been synonymous with Hogan since 1985 – was considered the odds-on favorite to win the entire tournament. The Game, penned and sung (or rather, growled) by the legendary metal band Motörhead, was another favorite.

But in the end, the fans decided to break down the expectations and vote for “Break the Walls Down.” The song – which was the only one Jericho used during his various stints with the company – was written by legendary wrestling musical maestro Jim Johnston, who spoke with Slam Wrestling back in 1999 – the same year in which the world first heard this tune when Jericho made his WWE debut.

The song is a rocking anthem, with its epic “Break the walls down!” introductory declaration and heavy guitar riff, before the rap-rock vocals kick in, referencing metal gods Judas Priest at one point. In short, it’s the perfect theme for the self-proclaimed Ayatollah of Rock-and-Rolla. And despite being over 20 years old, it still holds up, making you want to throw your devil horns (not to be confused with a Too Sweet) in the air.

With Jericho having recently signed an extension to his All Elite Wrestling contract, it’s unlikely that fans will get to hear “Break the Walls Down” on WWE TV for some time. But, when Y2J is eventually inducted into WWE’s Hall of Fame, it’s safe to say that this theme – which was the only one he ever used during his many stints with the the company – will be the one that plays when he comes out to make his speech.

So, congratulations to Chris Jericho for having the best theme song in WWE/WWF history. And to everyone who voted, not only in the finals, but throughout the tournament, we have two words for you: rock on.