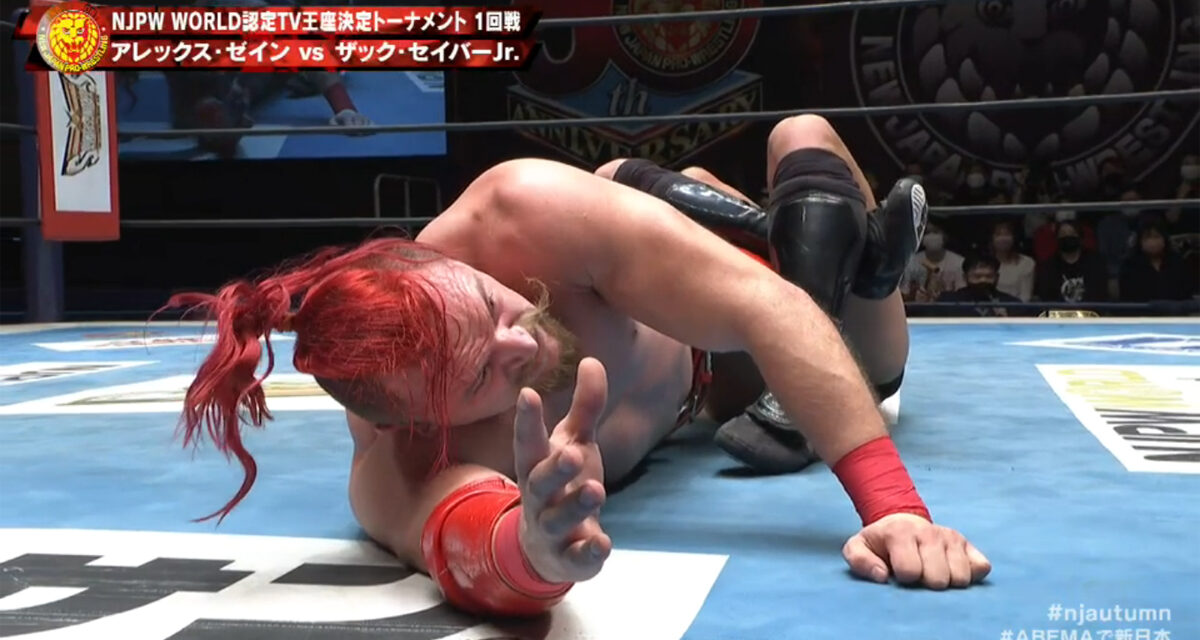 David Finlay and Zack Sabre Jr. have secured their places in the second round of NJPW’s World Television Championship Tournament.

At Battle Autumn night one, Finlay defeated Yoshinobu Kanemaru with an Irish Curse backbreaker and a Trash Panda neckbreaker. Sabre Jr. beat the always impressive Alex Zayne via submission. It was a crushing loss for Zayne as there were only five seconds left in their match.

Finlay and Sabre Jr. will now face each other in round two. The first ever NJPW’s World Television Champion will be crowned at Wrestle Kingdom on January 4th.

Narita makes Yuto submit to the figure four. Narita has won both of his matches since returning to NJPW.

Jado has Yujiro tapping out. While the official is tied up with Evil, Dick Togo garottes Jado from behind and Sho hits him with his wrench in the head. Yujiro pins Jado with Pimp Juice.

Yano escapes Henare’s Ultima by grabbing hold of the official and mule-kicking Henare in the “lower abdomen”. Yano rolls up Henare.

While Bushi has a hold of Grey, Titan hits him with the double stomp for the win.

Phantasmo pushes Takagi into the official. The official goes down. Phantasmo haymakers him in the “lower abdomen” and rolls him up but there is no official to make the count. Phantasmo throws a chair into Shingo’s hands, falls down and pretends to be hurt. An angry Shingo shoves the referee, hits Phantasmo with the chair and gets himself disqualified.