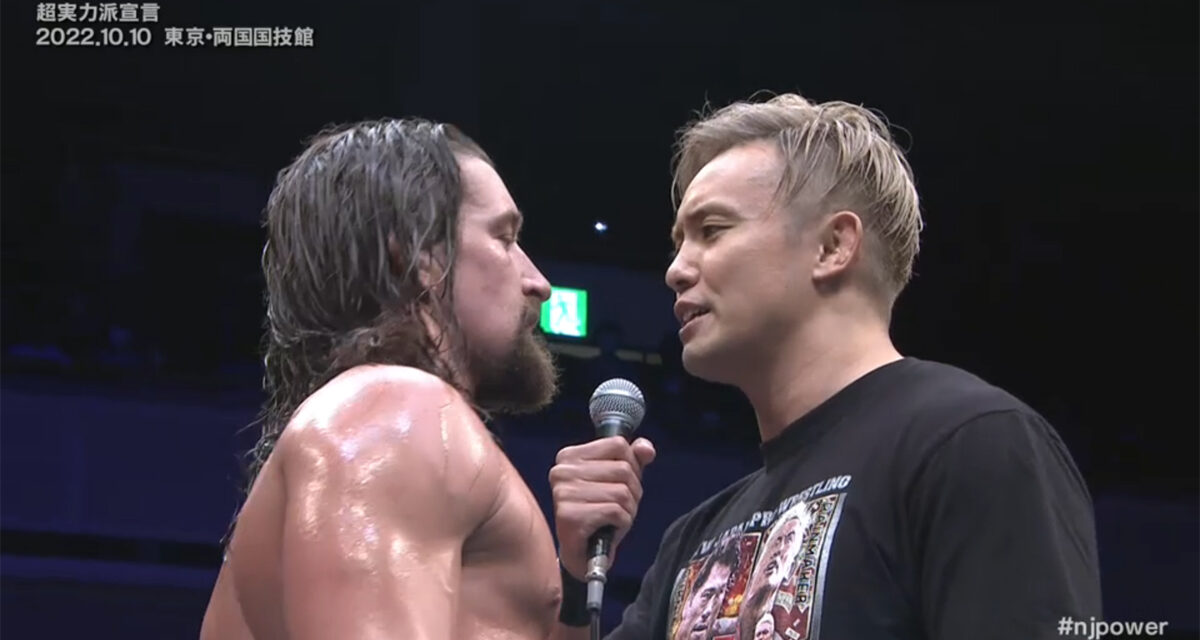 There was lots of big news and big happenings at NJPW Declaration of Power which paved the way for the future of NJPW.

Before the event started there is a tribute to Antonio Inoki. The locker room stood silently around the ring as a tribute video played. In it, Inoki is shown battling against Hulk Hogan, Big Van Vader, Ric Flair, etc. His is not only a storied career but a historic one. Inoki  is described as the “Superstars of superstars of Japan’s Golden Age”. It is announced that Wrestle Kingdom will be a tribute to Inoki. You can watch the full ceremony below.

That was just the start of the news from NJPW at today’s show.

During the Los Ingobernables de Japon versus United Empire match a masked figure came out to assist Bushi as Francesco Akira tried to tear his mask off. The quick-moving man managed to take out all of the United Empire with super kicks. He dove through the ropes to take out TJP on the floor while Bushi pinned Akira with an MX. The stranger refused to take off his match at first as Ospreay shoved his title belt in Naito’s face. After asking for a microphone the stranger removes his mask to reveal himself to be Titan. On the microphone, Titan says he is looking for new opportunities and is joining Los Ingobernables de Japon. For their part, LiJ looks on in confusion at everything Titan is saying.

“Is this Titan going into business for himself and trying to become a member of LiJ?” asks Kevin Kelly.

LIJ stands in the middle of the ring talking things over and then they do their iconic salute with their fists raised one by one. They allow Titan to join in making him a new member. He is the first non-Japanese member of LIJ. 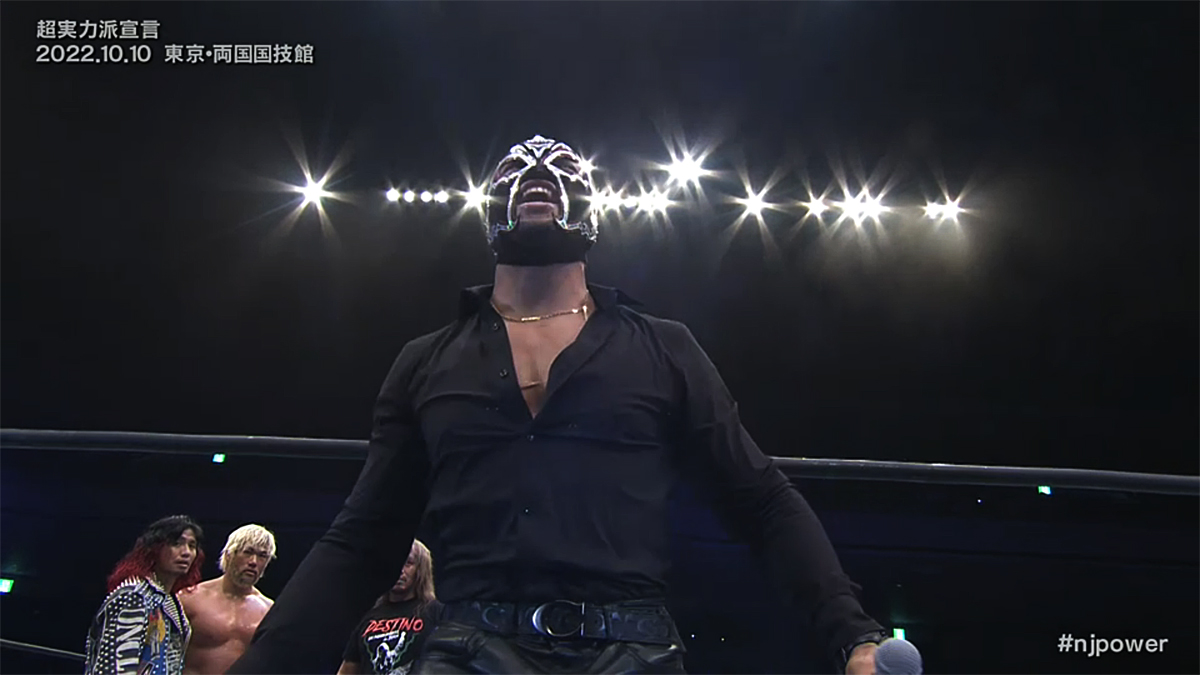 NJPW also introduced a new belt at Declaration of Power: The NJPW World Television Championship. The belt will represent NJPW’s 50 year business relationship with TV Asahi. Every match for the title will be allotted a 50 minute time limit and the championship will be focused on those talent that might not be in the bigger title picture. There will be a special tournament to crown the first champion. 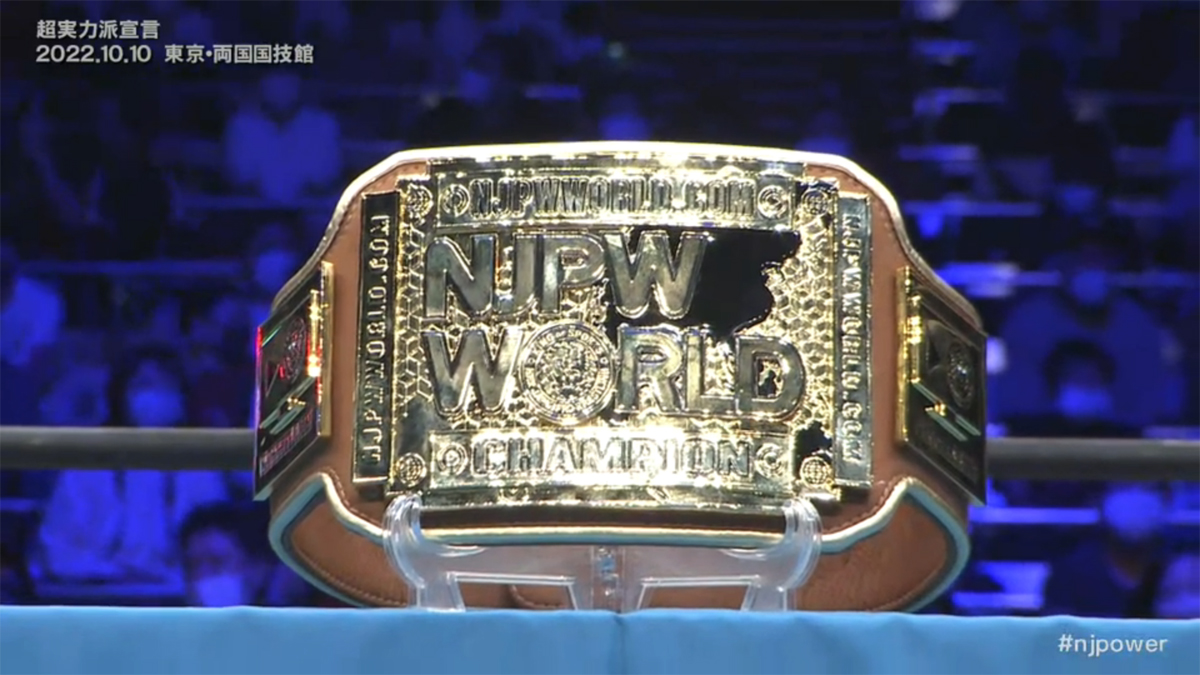 In the main event, Jay White successfully defended his IWGP World Heavyweight Championship against Tama Tonga. White caught Tonga leaping off the second rope for a Gun Stun and pinned him with a Blade Runner.

Narita pins Douki with a bridging suplex. It is Narita’s first match back from excursion. Wow. This speaks volumes about how much NJPW thinks of Narita.

Sabre pins Tito with a Euro Clutch and a bridge.

Sho hits Taguchi in the jaw with his wrench while Dick Togo distracts the official. Hikuleo stops Sho from executing the Direct Drive. He chokeslams Sho and rolls Taguchi on top of him for the pinfall.

Hirooki Goto and YOSHI-HASHI vs. The Great-O-Khan and Jeff Cobb

Cobb puts Hashi away with Tour of the Islands.

Winners: The Great-O-Khan and Jeff Cobb

Wato pins Ishimori with a half and half suplex to beat the NJPW Junior Heavyweight Champion. Wato parades around with the belt. Hiromu Takahashi and then Desperado interject themselves into the conversation. All four men begin arguing. Ishimori demands a four-way title match with the challengers. 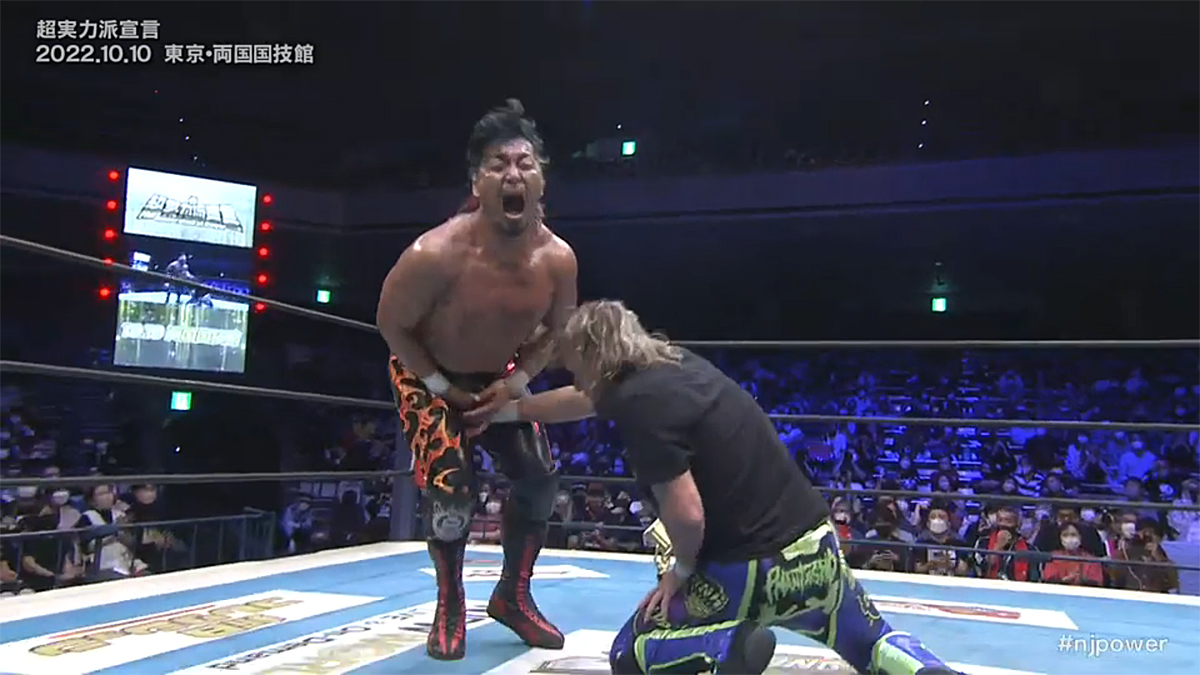 Takagi makes Phantasmo submit. Phantasmo has to say…”Shingo is my daddy!” over the house microphone. Shingo demands a family photo. Phantasmo puts a baby pacifier in his mouth and wants a hug from his “daddy”. Phantasmo punches Takagi in the “lower abdomen” instead. He then stomps on and breaks the KPOW trophy.

Okada stuns the crowd by giving Jonah a Landslide and a Rainmaker to pin him.