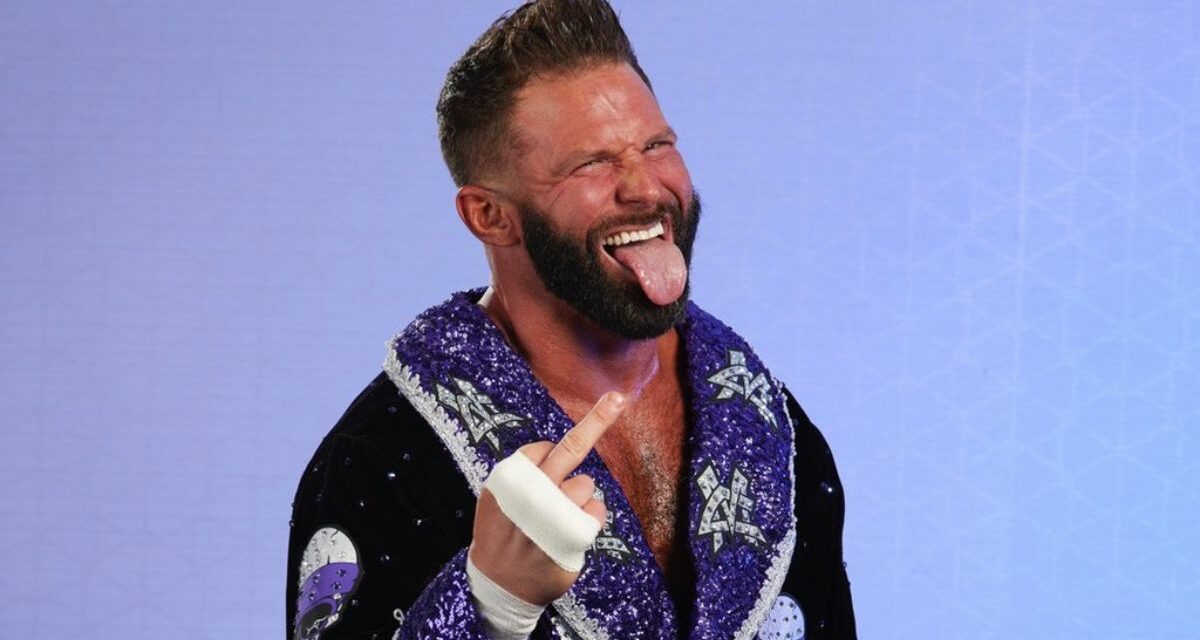 All Matt Cardona wanted was an opportunity – well, several actually.

“It took me a while after WWE to kind of find myself, right? Because who was I? Was I Zack Ryder, just called Matt Cardona? Like what is that? And even I didn’t know,” Cardona told Slam Wrestling in August, ahead of his in-ring return at NWA 74 (where he was upset by Rolando Freeman).

“You watch that cup of coffee I had in AEW, and while I look great, had great matches, sold a ton of merch, what was that?” Cardona said. “And I don’t regret it one bit, right? Because that’s how you learn. That’s how you grow, that’s how you adapt. So, I didn’t get signed to AEW, and it forced me to go out there and continue to do other things, which led me to GCW.”

And GCW led to his evolution into the Death Match King, which he said reinvented not only his career, but his life. He was forced to pivot.

“I don’t regret that AEW didn’t work out,” he said. “At the time it sucked, you know? At the time, it was like, I was bummed out. Like, ‘Hey everyone else is getting signed, how come I’m not?’

“But it all worked out for the best because I found Impact, which got my confidence back. And once I found GCW and did all that stuff with Nick Gage and had the death match, just everything turned around.”

“That stuff” included organically becoming the antithesis of GCW, defeating Gage for the company’s top belt in the process. And vehemently bragging about it.

What began as an uncertainty of walking through the curtain as a heel or babyface post-WWE gave way to trickles of boos that turned into a chorus of hatred. 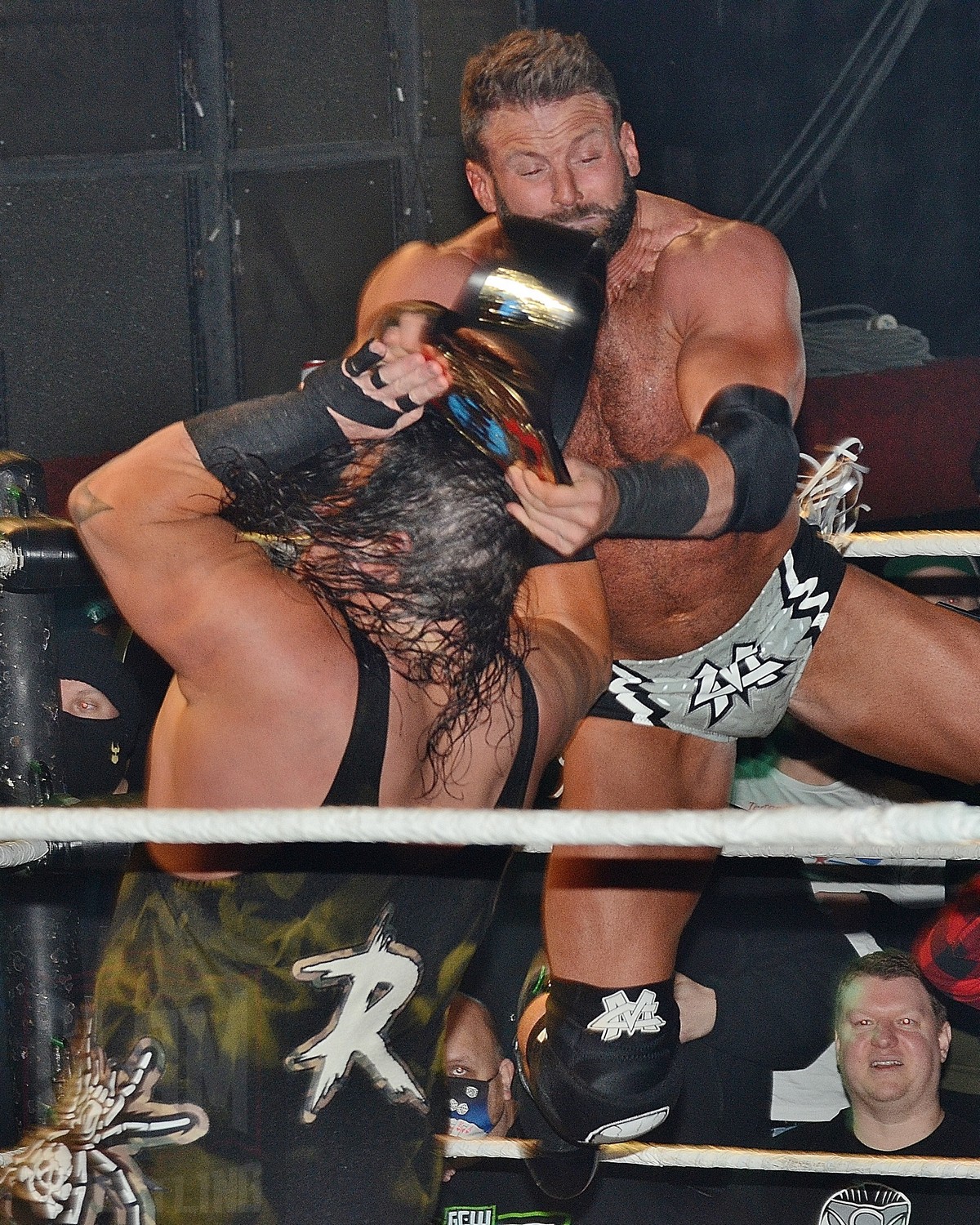 Matt Cardona vs Rhino at GCW Most Notorious on Friday, January 14, 2022, at Harpos Concert Theatre in Detroit, Michigan. Photo by Brad McFarlin

“Now it’s 100% f** Matt Cardona, which I love,” he said with more than a hint of satisfaction in his voice. “I love it. But that’s how this business works. You gotta try. It’s trial and error.”

Between the YouTube show that launched his WWE career, the Major Wrestling Figure podcast and the name he has remade for himself on the indies, Cardona said his success in self-promotion is for one reason – nobody was going to do it for him.

“With the YouTube show back in the day, that was it. It was like, ‘OK, well, am I going to sit and bitch and moan and complain?’ – That’s before it was cool to do that on Twitter – ‘or am I going to do something about it?’” he said.

Cardona had no idea how successful it would become. But it changed not only his career, but his life.

In addition to his indy bookings – the most recent of which will take him overseas – Cardona also was recently announced as a cast member for The Last Match: A Pro-Wrestling Rock Musical.

It’s just not his passion. But he said if he was ever offered a part directly, his response would be different. And that’s exactly what happened with The Last Match.

“I looked into it, I read the script, I talked to the producers, and I felt like, ‘You know what? This is pretty damn cool.’ It’s something I could sink my teeth into and I’m going to give it a shot,” he said. 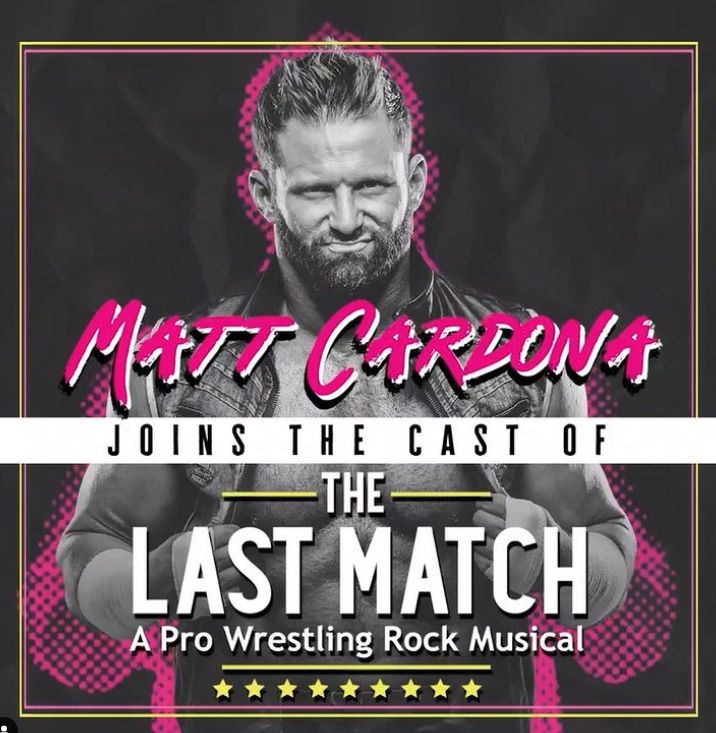 “I compare him to like the best, cocky ’80s heels combined, you know? Macho Man Randy Savage, Ravishing Rick Rude,” he said. “I’m like, ‘Well, I can kind of pull that off,’ and is it really acting because that’s kind of like my current wrestling character. I’m just reading some lines, wearing a different outfit.”

And when the indies picked up following the loosening of COVID-19 pandemic safety measures, the opportunities continued to roll in. Fast.

“I didn’t even like stick my toe in, I did a cannonball right in there,” he said. “Because I needed to find myself, I needed to learn. I needed to connect with the audience. Not just one audience, a bunch of different audiences and try to figure out how can I make Matt Cardona work everywhere, and I feel like I have.”

While Cardona didn’t share specific goals with Slam Wrestling, it all comes back to that one word. Opportunity.

TOP PHOTO: Matt Cardona in a posed shot — as only he can — at the August NWA TV tapings. Photo by hardwayphoto.com