G1 Climax has its final four 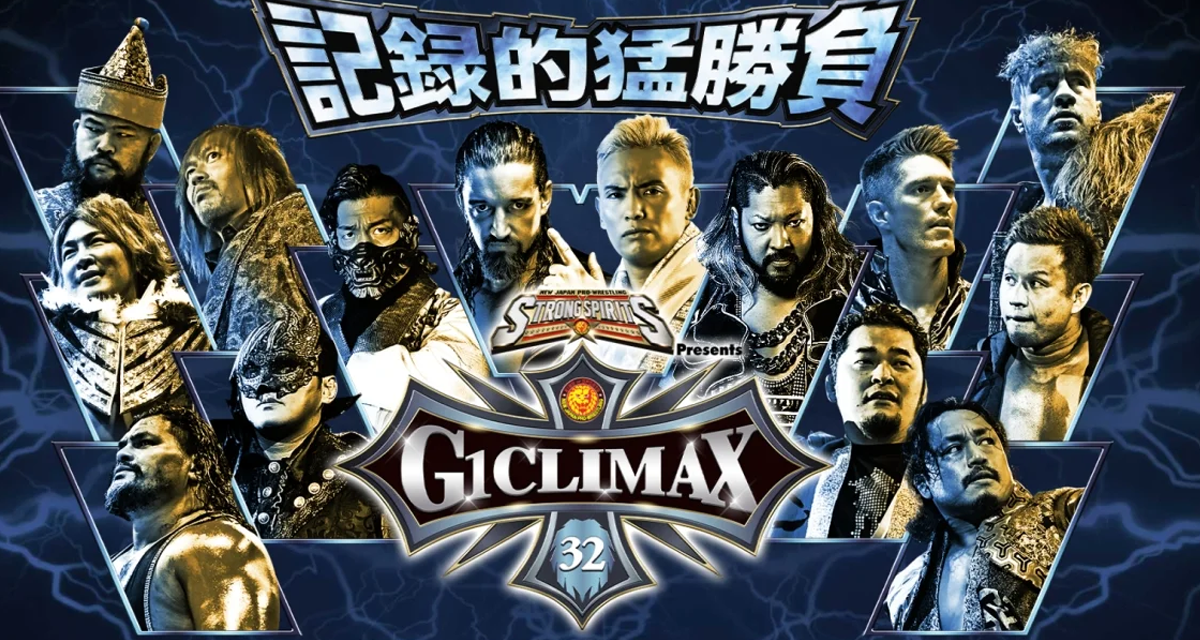 The semi-finals of the G1 Climax 32 are now set with final four, the winners of the blocks, claiming their spots.

In a grudge match, White faced Tama Tonga for the rights to be declared the winner of their block. An angry Tonga brutalized White right out of the gate throwing his vest at him and stomping and punching him in a corner.

“Get out of the way!” shouted Tonga at the official who was trying to hold him back.

Two high back drops had White rolling out of the ring for a reprieve twice. Tonga went to whip White into the ringside barricade. White reverses slamming his head into a steel post and suplexed him down onto the ring apron.

White kicks out of a Supreme Flow superfly from the top rope. Gedo leaps up on the apron as Tonga readies a Gun Stun. Jado runs over and pulls down Gedo. Tonga reverses a Blade Runner into a Tongan Twist and another attempt into a Bloody Sunday slam. White successfully blocks one Gun Stun but falls to another. Tonga has won B Block. 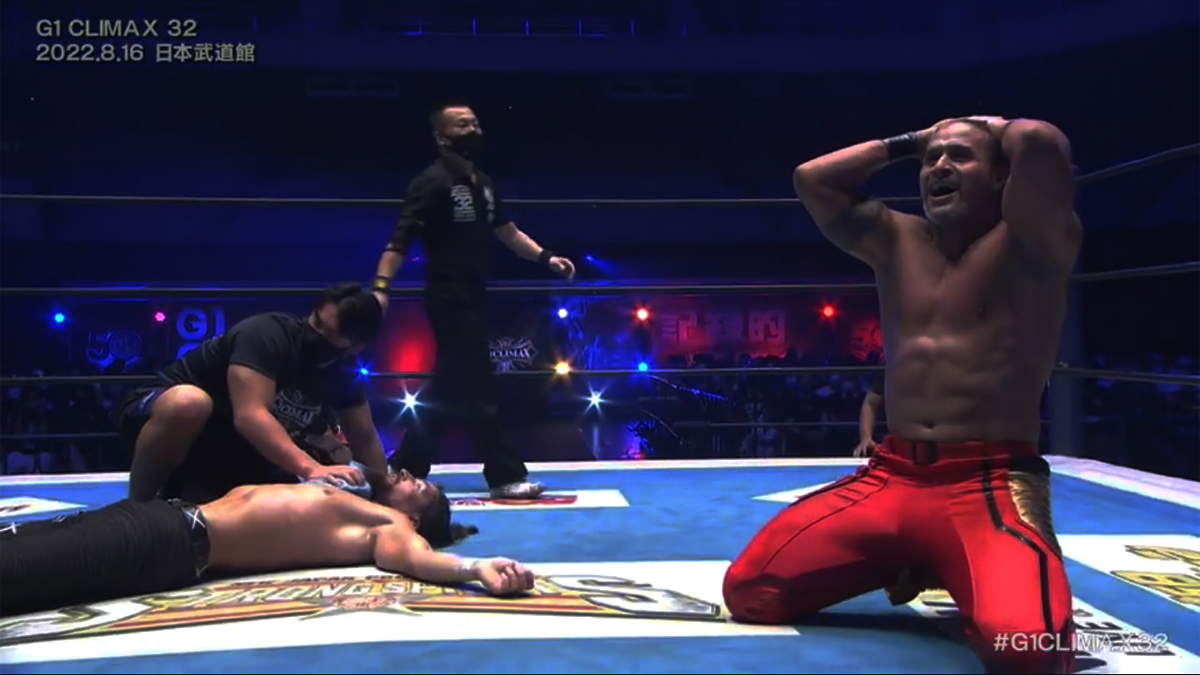 Tonga even surprised himself. Courtesy: NJPW.

Will Ospreay and Juice Robinson’s encounter began with Ospreay attacking Robinson from behind as he made his entrance. Ospreay tries to leap off the barricade onto Robinson. Robinson kicks the barrier and Ospreay falls on top of it. Robinson then gives Ospreay a Rude Awakening right on the barricade. 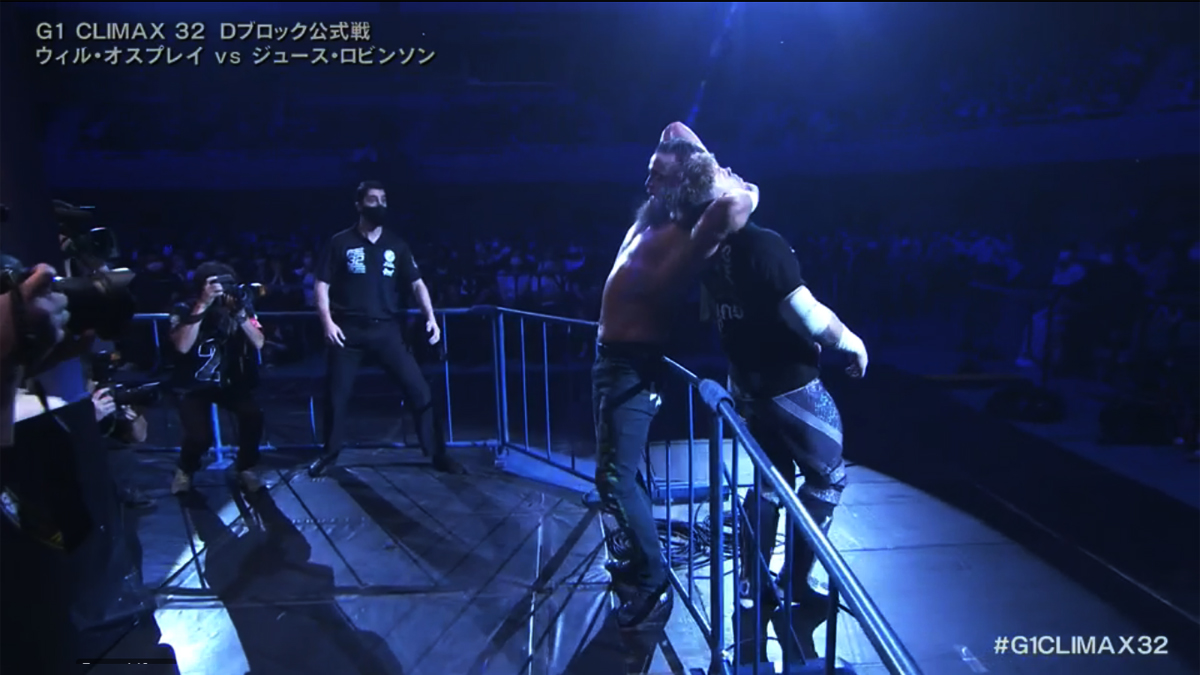 While the official is busy Robinson removes one of the turnbuckles in the ring. Robinson removes some of the athletic tape from Ospreay’s back and whips him into the exposed buckle. Ospreay lands a Hidden Blade from the top rope for a two count. Robinson is shotgun drop kicked into the official by Ospreay. Robinson hits a low blow on Ospreay. While Ospreay writhes around in pain Robinson pulls the IWGP United States Heavyweight Championship from under the ring. Robinson swings it at Ospreay. Ospreay ducks and lands a hook kick upside Robinson’s head. Ospreay charges in for a Hidden Blade. Robinson clocks him with the belt in the head. Ospreay kicks out of pin attempt.

Robinson piledrives Ospreay on the concrete floor, nails him with Pulp Friction in the ring. Ospreay still kicks out?!!??!

El Phantasmo defeated Shingo Takagi with a crossarm piledriver to the surprise of everyone in the Nippon Budokan. Phantasmo’s G1 is over as is Takagi’s. Phantasmo’s win moves Ospreay into the semi-finals of the tournament.

Evil claimed victory over Hirooki Goto by distracting the official which allowed Dick Togo to sneak into the ring and kick Goto in the “lower abdomen”. Evil pins Goto with Everything is Evil. Evil and Goto are out of the G1.

In 2 minutes and 58 seconds Tetsuya Naito defeated Zack Sabre Jr. by turning a Zack Driver into a roll-up. Naito is in the final four with that shocking win.

Kazuchika Okada claimed his spot in the semi-finals with a Rainmaker Clothesline.

The semi-final matches are:

The semi-finals of the G1 are tomorrow and the finals on Thursday.