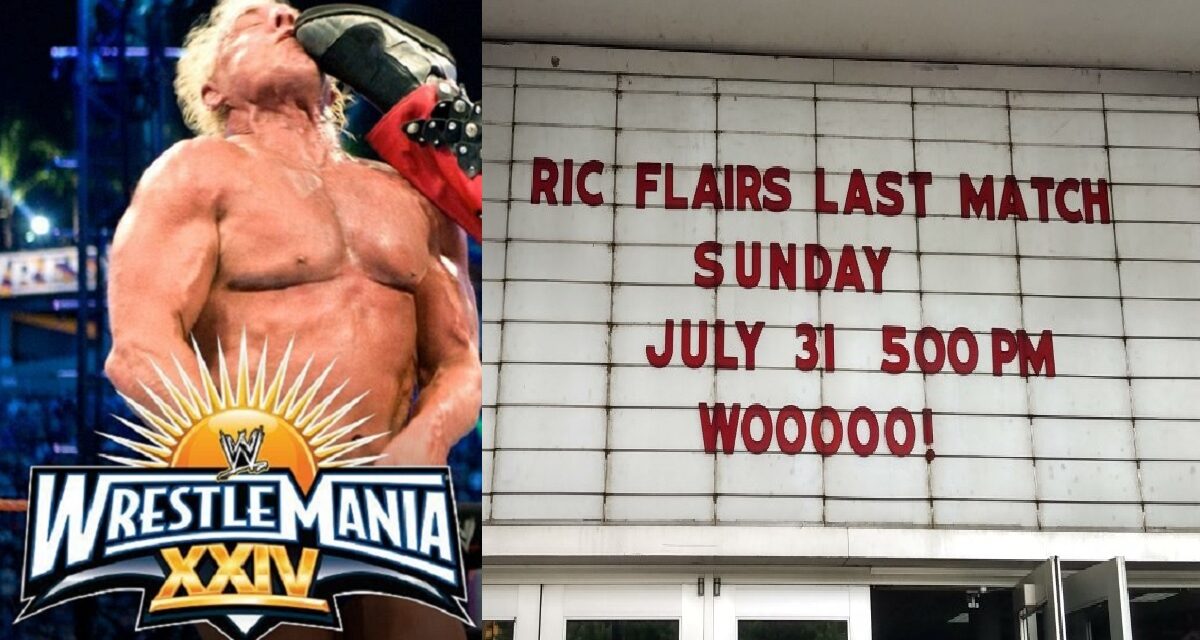 I shed tears when Ric Flair retired at WrestleMania 24. Seeing the iconic “I love you, I’m sorry” moment, the emotions got to me, because I couldn’t imagine a more perfect way to end a career.

When he later wrestled in Impact Wrestling, I, like many fans, felt somewhat betrayed. After all, who the heck was he to invalidate those tears?

He’s Ric Flair, dammit, that’s who. Arguably the greatest wrestler to ever put on a pair of boots. And shame on me for forgetting that.

So when they announced that we’d get one last chance to see Ric compete, at Sunday night’s Jim Crockett Promotions event billed as Ric Flair’s Last Match, I knew I’d be there to bear witness one more time.

And while the show, held at the Nashville Municipal Auditorium lacked the size and spectacle of Mania, the near-capacity crowd made it feel just as big.

Indeed, the Wooooo! chants filled the building even before the show had started. And every mention of Flair’s name – when they showed a tribute video with testimonials from some of wrestling’s greats, or when they showed video highlights of Flair himself – earned some more. 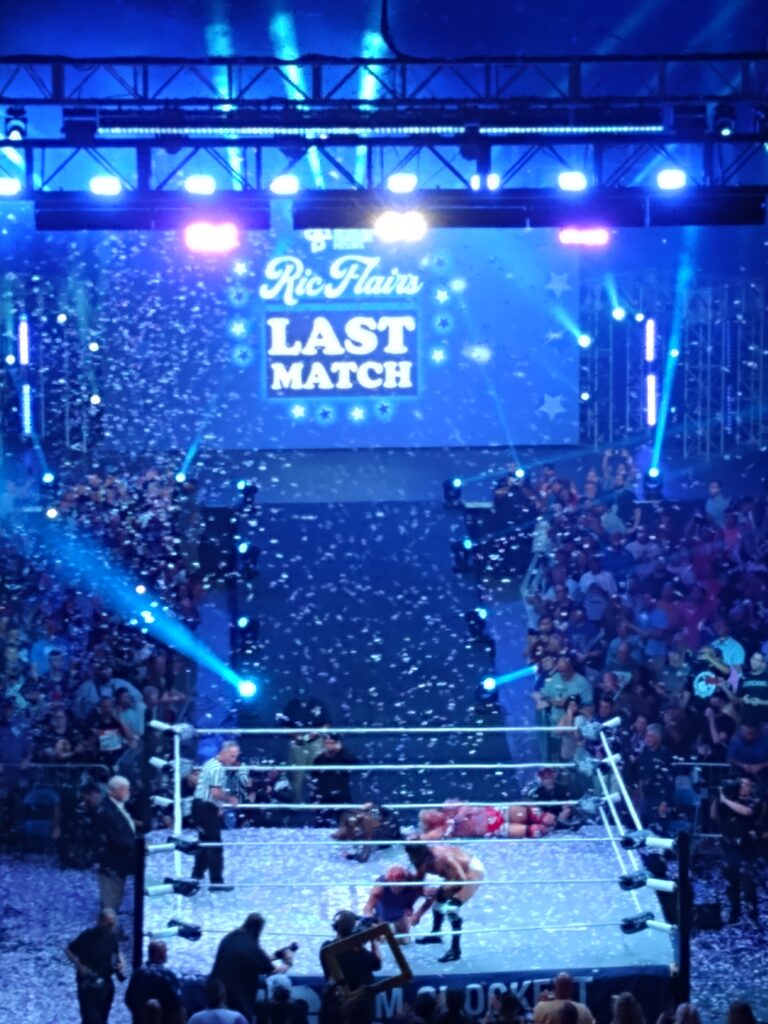 In the minutes leading up to the main event, the anticipation could be felt even in the last row of the building.

During the entrances and ring introductions, the roar of the crowd made it hard to even hear David Penzer on the mic. And that crowd noise never really abated throughout the match.

They cheered everything Flair did. They showered his opponents, Jay Lethal and Jeff Jarrett – and how amazing were they in this match? – with boos and jeers. They felt every blow he absorbed. And they shared the triumphant feeling when Flair locked on the Figure-Four Leglock on an unconscious Jarrett to get the 1-2-3 and win the match.

And when it was done, the crowd continued to show Ric their appreciation with heartfelt “Thank you, Ric” chants. Chants that didn’t feel forced or like the audience just playing along with the show. But rather chants that expressed authentic and genuine emotions.

And once again, the emotions got to me, and I shed tears for Ric Flair’s retirement match. And once again, I can’t think of a more perfect way to end a career.