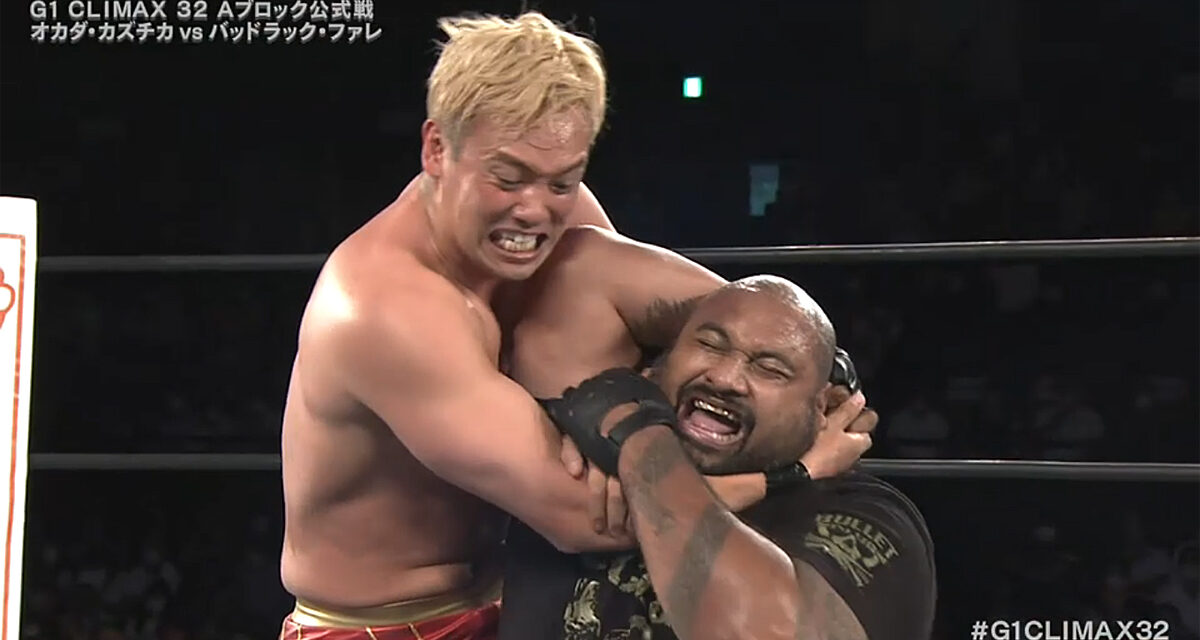 IWGP World Heavyweight Champion Jay White and Kazuchika Okada are not only at the top of their G1 Climax brackets but have the most wins and points in the tournament at the present time. Both have six points each. On night nine, White’s winning streak continued as he defeated Owens after kicking out of the Styles Clash and escaping the Package Piledriver. He got the three count with his trademark Blade Runner.

Okada faced the mammoth Bad Luck Fale. He wore the big brute down and made him tap out to the Money Clip.

Aaron Henare, Great-O-Khan and Will Ospreay versus Jado, David Finlay and Tama Tonga

In a crazy move, Cobb hoists Archer up for Tour of the Islands.

Hashi gets a big win by pinning Robinson with Karma.

Naito wins with Destino after fighting off the interference of Dick Togo.