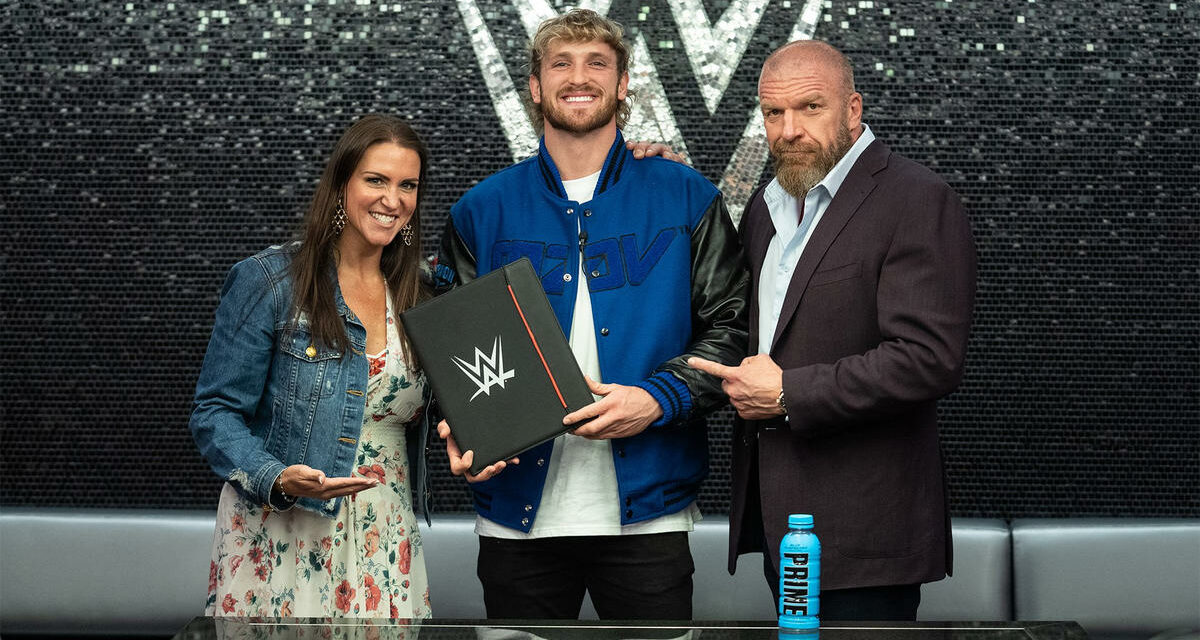 Paul broke the news on social media posting pictures of the signing alongside HHH and Stephanie McMahon.

Just signed with the @WWE pic.twitter.com/7lYdxIKivF

Paul made his WWE debut at WrestleMania teaming with The Miz against the Mysterios on the first night.

“This is surreal. I cannot believe I got to share a ring with The Mysterios and also won the match…It is unbelievable! I got a win!” said Paul after the match.

At the end of the match though, The Miz surprised Paul with a Skull Crushing Finale.

Despite The Miz indicating on Raw this week that he and Paul have an understanding and have buried the hatchet, Paul it seems believes otherwise. After the signing he called out The Miz.

Paul wrote: “Coming 4 U @Miz” on the back of his contract.

“Yeah, you read that right. Assuming you can read. I am coming for you Miz!” he said.

Wrestlers’ Court: How Logan Paul could save us all