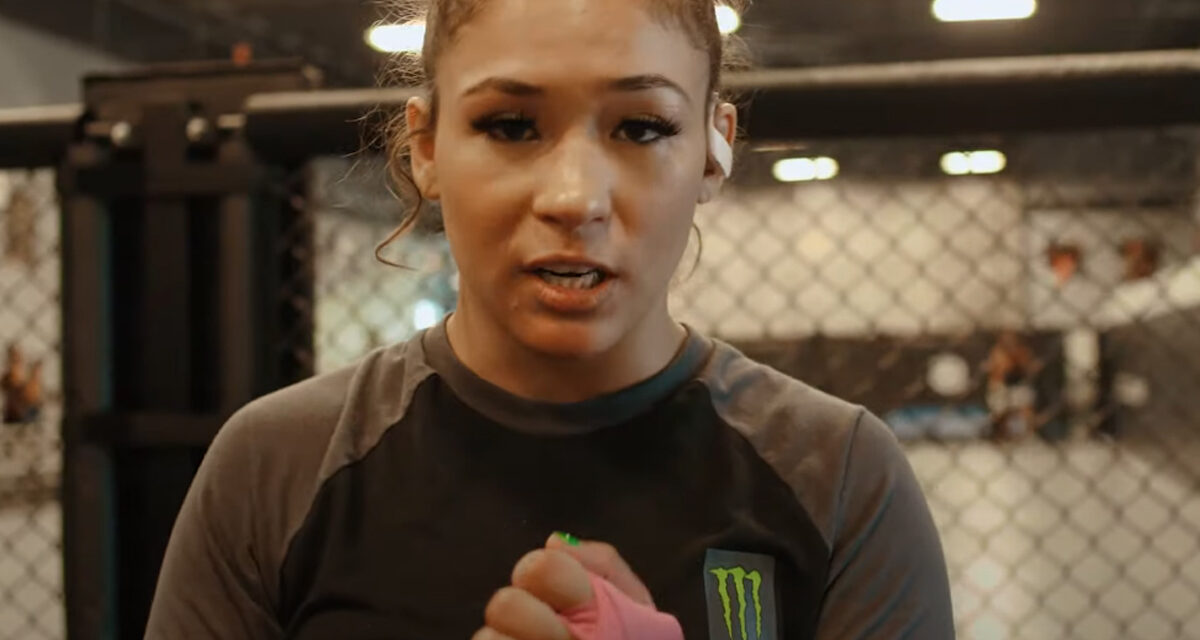 America’s Top Team has expanded to the WWE.

MMA, Balator fighter Valerie Loureda, nicknamed “The Master”, has signed a multiyear contract with WWE. She is putting her MMA career on hold to explore a career in sports entertainment.

Since entering the professional ranks in 2019, Loureda has had five professional fights and lost just one. Her last fight was against Taylor Turner last November. She won that split decision. She will remain under contract to Bellator.

“I’m an entertainer. I love glamour. I love production, I love storytelling. And when I saw the WWE, I realized this is everything I’m good at in one place. Not only that, but I saw the opportunity to be the first Cuban American woman to be a WWE superstar,” she told ESPN.

Loureda will report to the WWE Performance Center on July 19th and is moving to Florida.

Loureda has made it known that she would love to make the main roster in a year’s time.

“I just know what I’m gonna be able to do in the WWE. There’s no limits. I’m limitless,” she said.

Loureda will join such former MMA fighters as Dan Severn, Ken Shamrock, Ronda Rousey and Shayna Baszler who have made the leap from an MMA ring to a WWE ring.