Teaching, wrestling come together in China in book form 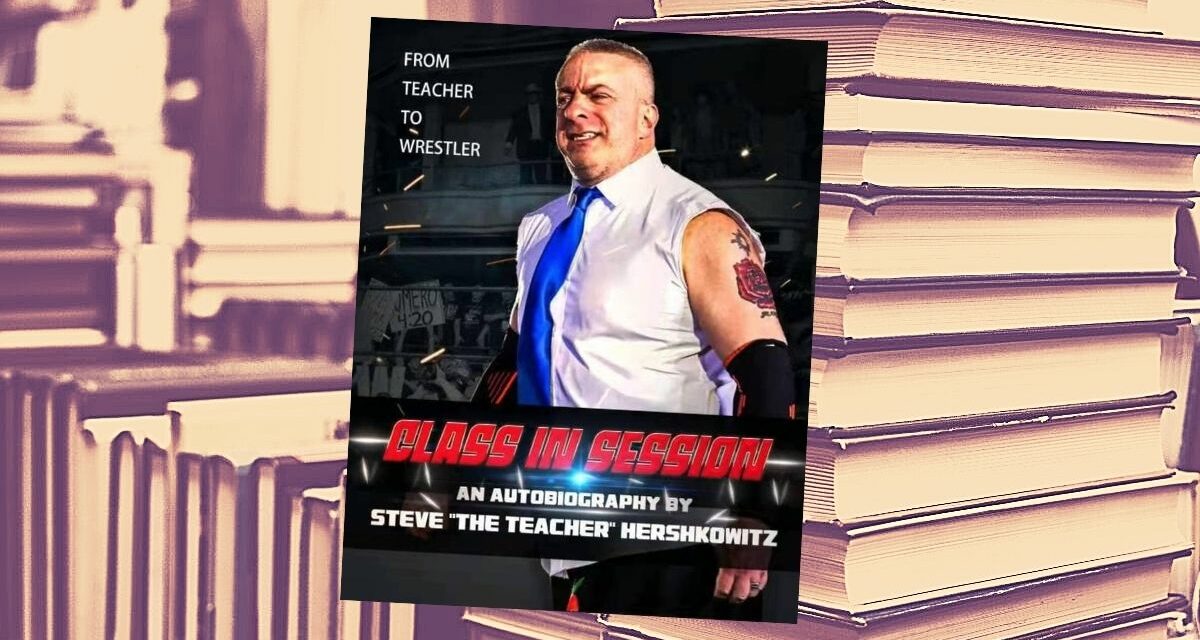 It is the end of another school year and this educator was given the assignment of reviewing Class In Session by Steve “The Teacher” Hershkowitz. Most students never really think about their teachers having a life outside of the school building but Hershkowitz certainly did!

As I read through this book I was struck by Steve’s willingness to be vulnerable. You might think how could someone not be open when writing their autobiography?

Sometimes our wrestling heroes write their stories in a way that does not address their foibles, talk about family or only paints them in the best light. Steve tries to take a balanced approach to his life and openly indicates where he could have done better in relationships, his job and life in general. That was really brave of him.

I especially enjoyed the first half of the book as he took the reader down the path of independent wrestling in the early 2000s. We meet the characters of the US northeast wrestling scene that helped to shape Steve into the wrestler he is today. I was struck by a point he made about huge egos in the dressing room from guys who only wrestle at a little promotion once a month and their bellyaching over doing jobs. He points out that these guys wouldn’t be recognized on the street by anyone and they are worried about their position on the card?

His description of stars such as Billy Gunn, and their lack of complaining really shone a light on small-time wrestling. In this story it is Gunn who helps to invigorate and validate Steve as a wrestler and a “good hand.”

While the story kept me turning pages the book did get bogged down in detailed descriptions of matches in the US and in China, where he found a second career as a wrestler. There are only so many times I can read about the sequence of moves before my eyes glaze over. Angles and storylines are interesting, but when the participants are relatively unknown performers I have a difficult time being invested in their matches on paper.

A theme that runs through the book is self-esteem and boundaries. Steve opens up about his struggles with his inner voice and he finds his escape from life in the difficult confines of wrestling. Whenever a problem arises in his life it seems to come from his inability to express what he is really feeling. As he gets older he shows a lot of growth and learns to love himself and express his feelings.

When Steve enters the wrestling rings of China, where he is teaching English, the reader gets introduced to a new crop of characters. Wrestling is a pretty new form of entertainment in China and experienced hands are hard to find. Steve realizes that the lack of an old guard leaves the rookie wrestlers without the knowledge of wrestling locker room traditions. Just shaking hands with the other wrestlers and showing a general level of respect was lacking and Steve tried to set an example for the younger participants.

I enjoyed this final reading report for the school year. Learning about independent wrestling’s secrets and stories on two continents was enjoyable. If you want to learn about the fast growing scene in China and read about the lessons time can teach you, then your assignment is to pick up a copy of Class In Session.