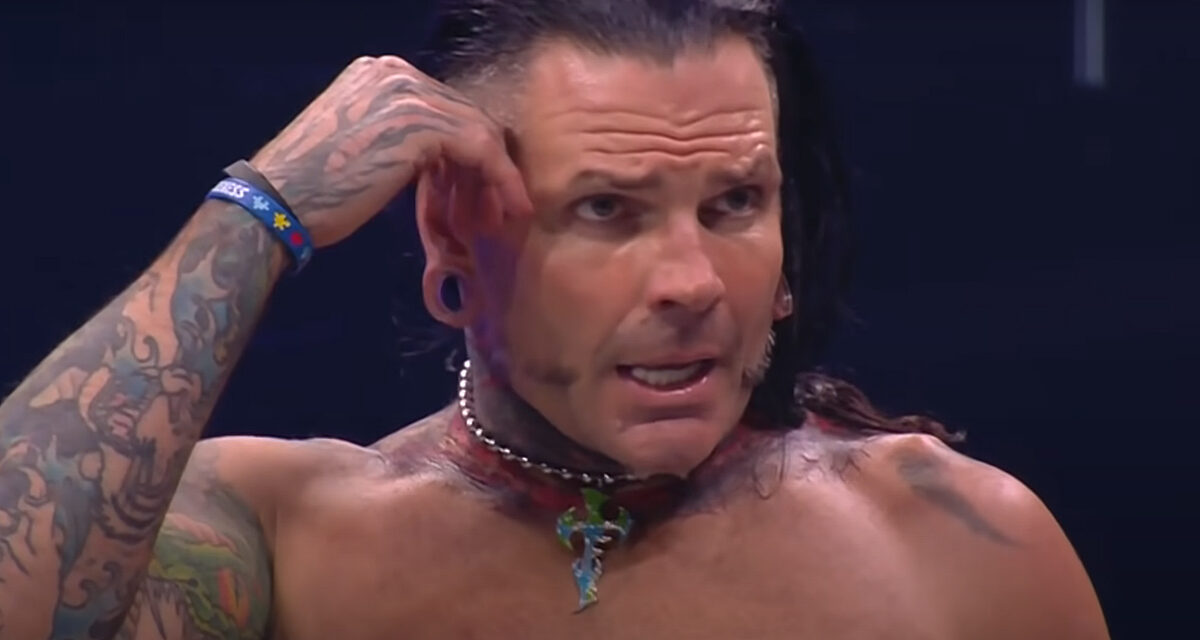 The president, and CEO of the All Elite Wrestling said Hardy is in treatment at the present time.

“Jeff is doing much better. As I understand it, Jeff is in treatment. I don’t want to say too much about what is going on but I am here for him, for whatever he needs. I am really glad nobody got hurt but what Jeff did going out, drinking and driving is totally different than the other thing. I don’t like hearing the two of them compared,” said Khan referring to Jon Moxley’s public battle with alcoholism.

Back in November of last year, Moxley admitted himself into an inpatient rehabilitation program. Moxley gave permission for Khan to announce the decision and the circumstances.

“Jon is a beloved member of the AEW family. We all stand with him and Renee, and all of his family and friends, as he shifts his focus to recovery,” stated Khan at the time.

Jeff Hardy was arrested earlier this month and charged with DUI. It is his third such charge in ten years. He was also charged with driving with a suspended license and violation restrictions placed on his driver’s license. Hardy was fired back in December of last year from the WWE for not agreeing to enter into a treatment program. AEW has suspended Hardy.

“We made it clear to Jeff that we will assist him in getting treatment for substance abuse issues, which he has indicated he is open to receiving. In the interim, he is suspended without pay and he can only return to AEW upon successfully completing and maintaining his sobriety,” AEW, Khan stated.

Khan explained that AEW is supporting Hardy but he is on thin ice with the company.

“I feel I would be remiss if I didn’t give Jeff a lot of credit for now doing the right thing and this is what we said, he has to do the right thing if he wants to stay with AEW because it is ‘Last Chance Saloon’, man. It is totally different. Jon didn’t put anybody at risk like that, he wasn’t out drinking and driving. I didn’t see any evidence of anything like that,” he said.

Khan stated that Moxley “jumped” on his issues and took responsibility for them.