NXT: Carmelo Hayes the ‘A Champion’ with little competition 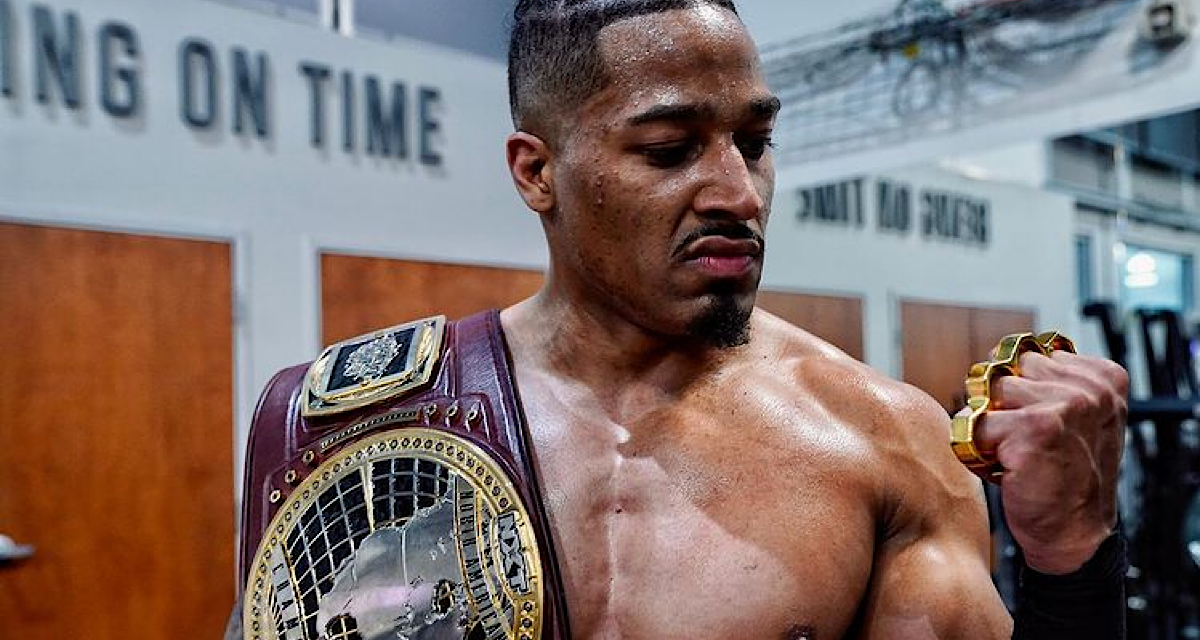 NXT 2.0 highlight and North American Champion Carmelo Hayes defended against “The Don” Tony D’Angelo in tonight’s main event, backing the claim for being NXT’s “A Champion.” With a small pond featuring champions like Toxic Attraction and the sporadically active Bron Breakker, Hayes continues to prove weekly that he’s “bout it bout it.”

Sikoa interrupts Waller’s smacktalk on the microphone, which proceeds the latter’s funny post about the rough streets of Sydney, Australia and its various creatures. Australia’s animals are definitely out of pocket. The actual streetfighter, Sikoa, controls most of the match – although Waller’s heat sequence occurs throughout picture-in-picture of course. Sikoa delivers a hip attack, Samoan Drop, and superkick before running into the previously exposed turnbuckle, and Waller capitalizes with his smooth rolling stunner for three. Both competitors are main-roster destined, but Waller is already on another level. He’s potentially the most underrated talent on the roster.

“Tony D’Angelo and family” are interviewed backstage, and the ringleader insinuates that “there’s gonna be hell to pay” if he doesn’t win the North American Championship.

Props to Carter for dropkicking her opponent during a dance routine, although both teams have dancing gimmicks. Carter and Chance have the inferior TikTok schtick, but in fairness, their in-ring abilities are improving. Commentary mentions the NXT women’s tag team division being “on lock” by Toxic Attraction, and it unfortunately isn’t ending anytime soon; however, Chance hits the 450 splash to end the match.

Wes Lee’s line-blurring arc has been a success thanks to the man himself, stepping up as a singles talent and talker. With tears, he speaks about finding and proving himself, but Trick Williams interrupts to indirectly blame Lee for partner Nash Carter’s release.

Another standout character in Tiffany Stratton has a sit-down about Wendy Choo. Stratton is going to “put her to sleep for good,” and commentator Wade Barrett is with that.

It’s faction warfare as Diamond Mine’s Strong and Kemp – of the Steveson family – face Wilde and Del Toro of Legado del Fantasma with “Stacks” and “Two Dimes” of the D’Angelo family. It’s really less complicated than it looks. The bout is a fast-paced mixture of collegiate, catch, and lucha libre, but miscommunication from “Two Dimes” lets Strong hit a jumping knee for three.

Giovanni Vinci, the former Fabian Aichner, is interviewed backstage. Blazer-clad Ikemen Jiro interrupts, “I see you have style. But are you style strong?”

A vignette for Apollo Crews shows him attacking three street thugs in an alleyway. Wade Barrett “cannot get over how great it is to have Apollo Crews back here in NXT,” but he’s too busy filming vignettes in the meantime.

Toxic Attraction enters the ring to berate Roxanne Perez and Cora Jade, who unsurprisingly show up too. Kayden Carter and Katana Chance appear next to start a pull-apart brawl as the champions watch on laughing. From Toxic Attraction’s usual schtick, Perez and Jade’s cliche Cinderella story, and Carter and Chance’s TikTok dances, they’re all tough to watch.

Carmelo Hayes and Trick Williams are interviewed backstage, who show suave confidence against their opps in Wes Lee and Tony D’Angelo.

Kiana James interrupts Indi Hartwell and accuses her of being weak-minded; Hartwell issues a challenge to her for next week.

Grimes is scheduled to face NXT Champion Bron Breakker at Great American Bash, although he likely isn’t winning. Unless another attitude adjustment occurs, Grimes has run his course in NXT after a forgettable North American Championship reign that soured the crowd. Contrarily, underdog Enofe gets the audience’s support while fighting through Grimes’ brooding offense, but the latter hits the Cave In for three. He shakes Enofe’s hand, but like a childhood game, Grimes just isn’t fun anymore.

Thea Hale enters her new Chase University dorm, which she happens to be sharing with an excited Bodhi Hayward. Overlooking their room is a giant framed portrait of Andre Chase – something that every college dorm should have honestly.

A package highlights the returning Nikkita Lyons, who actually sounds like she means what she’s saying for once. She’s back in-action and back on Twitter’s trending page next week.

All cornermen are banned from ringside for tonight’s hoss fight as Wagner attacks the left arm – although it’d be smarter to target the already injured right one. Jensen makes the comeback, but a finishing slam from Wagner puts it away. An unpopular opinion evidently, but Wagner has so much potential. With Mr. Stone and Sofia Cromwell backing him, he looks like an absolute monster.

NXT Champion Bron Breakker compliments Cameron Grimes backstage, but the latter shrugs him off. Grimes’ perpetual dejection is similar to how dejecting his fall has been.

Joe Gacy speaks to the Dyad with another spiel. Grizzled Young Veterans, presumably, have yet to be uncloaked.

This Legend project is not working and seems to have plateaued. She’s perfect as the backstage Wendy Williams knockoff, but the in-ring action is comparable to Williams’ personality. After escaping a Swanton, Legend hits Fyre with her own baseball bat for a disqualification.

Trick Williams sides with Hayes as D’Angelo is backed by “Stacks,” “Two Dimes,” Santos Escobar, Joaquin Wilde, and Cruz Del Toro. For all of NXT 2.0’s valid critiques, Hayes and D’Angelo are two examples of young potential superstars with outstanding charisma. “The Don” takes control throughout picture-in-picture, but Hayes comes back with his athletic, snappy offense. Ringside, Escobar slides brass knuckles for D’Angelo that intentionally reach Hayes, who clocks the challenger for the pinfall victory.

An average yet solid show for NXT tonight, as the 2.o brand looks to be content with mediocrity. Luckily, there were plenty of highlights in Waller, Strong, Wagner, D’Angelo, and Hayes tonight which made it easier to get through.