NWA USA: Colby Corino and The Fixers look to stop The Legends 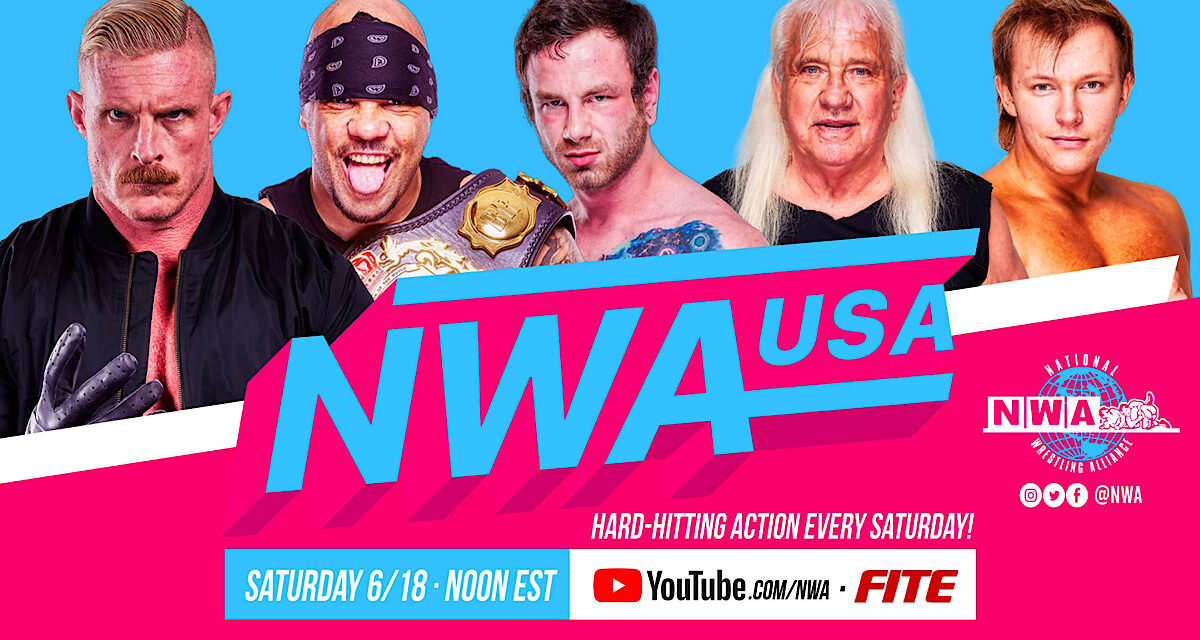 For the third season of NWA USA, we got a feud brewing with Colby Corino and The Fixers looking to put the hurt on some legends, such as Homicide and The Morton’s, Ricky and Kerry.  With that and a debut of a wrestler going against the silent killer Sam Shaw, this is a good start for a Saturday for the National Wrestling Alliance.

Let’s get to the action from the Knoxville Convention Center in Knoxville, TN.  Joe Galli, Tim Storm, and Velvet Sky have the call.  But let’s get to the First Match of the show and it’s.. 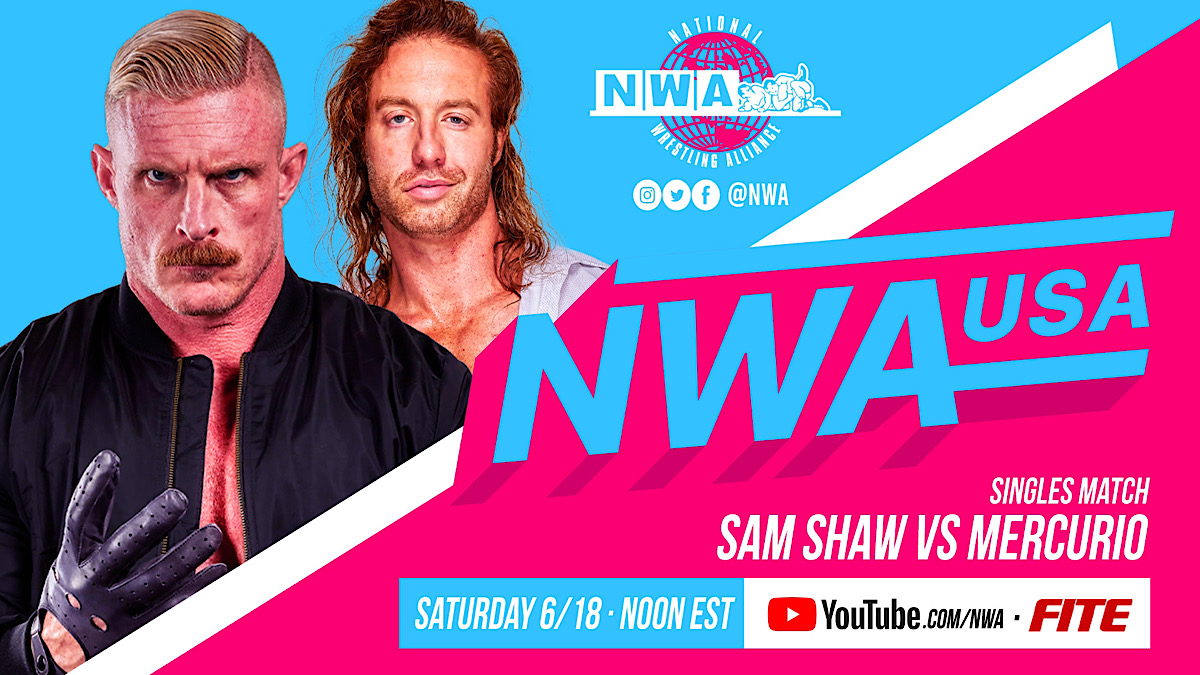 I love that Kyle Davis bills Shaw as hailing from Skinwalker Ranch.  Just…genius. Shaw gives a thousand yard stare to keep Mercurio at bay, and he is officially creeped out.  But it’s academic as it’s  a one sided affair as Shaw takes on Mercurio.  Mercurio keeps to the outside and Shaw disappears under the ring.  As he looks for him, the referee tells Mercurio to get back in the ring.  Mercurio tries to figure out where he went, and like a bad horror film villain Shaw sneaks up and brings him back in the ring the hard way

Mercurio shows some offense with a double underhook with knees to the solar plexus to a suplex, but Shaw shrugs off the pin attempt.  Mercurio combs his hair while getting Shaw in an abdominal stretch variation, but Shaw gets out and lands a spinebuster.  After that, all it takes is one slam and a lock on The Silence by Shaw is enough for Mercurio to tap out.

Your Winner via Pinfall: Sam Shaw

After the match, Mercurio gets on the mic and asks for respect, in a bad Eye-talian accent.  He tells Shaw he made “ a-the ugly face,” and calls him out.  Shaw was on the outside and now he focuses back on Mercurio, as he suddenly realizes he bit more than he could chew and walks back to the entrance, with Shaw following close behind. 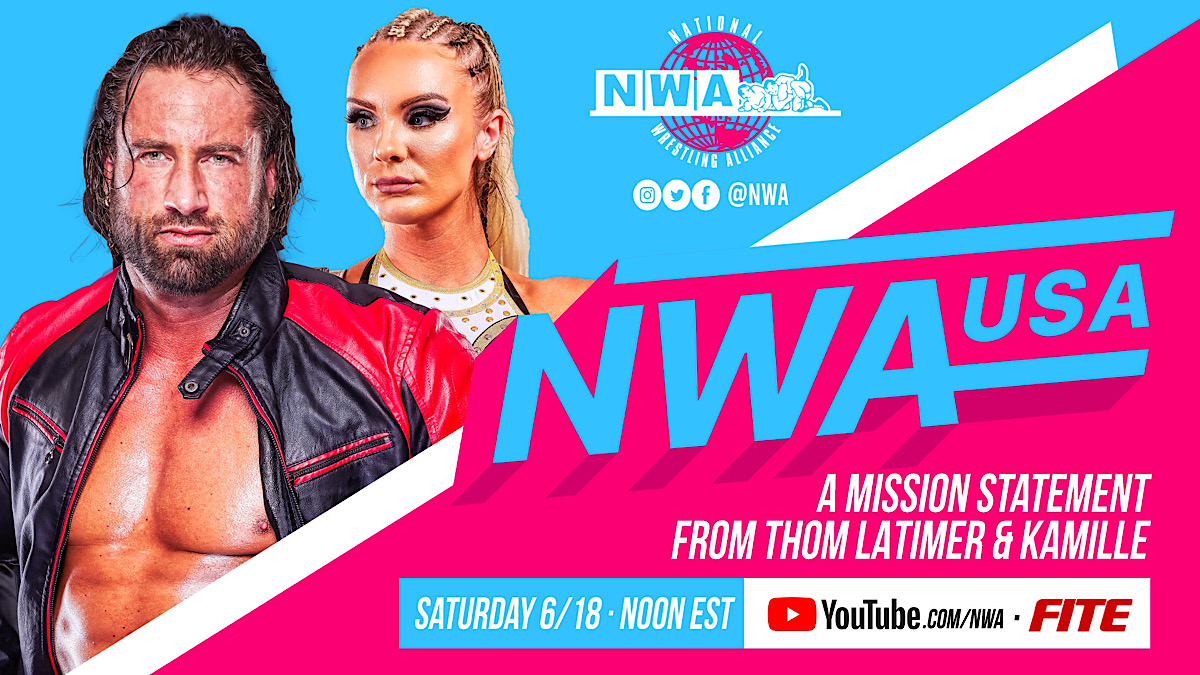 May Valentine is with Kamille and Thom Latimer.  She asks what words Kamille said that led to the four way main event with her man, and The Brickhouse  says her man is a title contender.  Latimer is a little more diplomatic and says Billy Corgan gave him a platform even thought they’ve been at loggerheads, but now he’s had a taste and it’s time to show what he’s made of as a contender.  Kamille is still hot, but Latimer calms down The Brickhouse.

After some ads, May Valentine is now with the new NWA Women’s Tag Team champs of Ella Envy and Kenzie Paige, Pretty Empowered.   Valentine addressed the controversy of them winning the belts, but Envy says The Hex are just salty at the loss.  Paige takes the high road and says she is blessed she has the title with her bestie.  Awww!

But let’s get to the Main Event, and it’s… 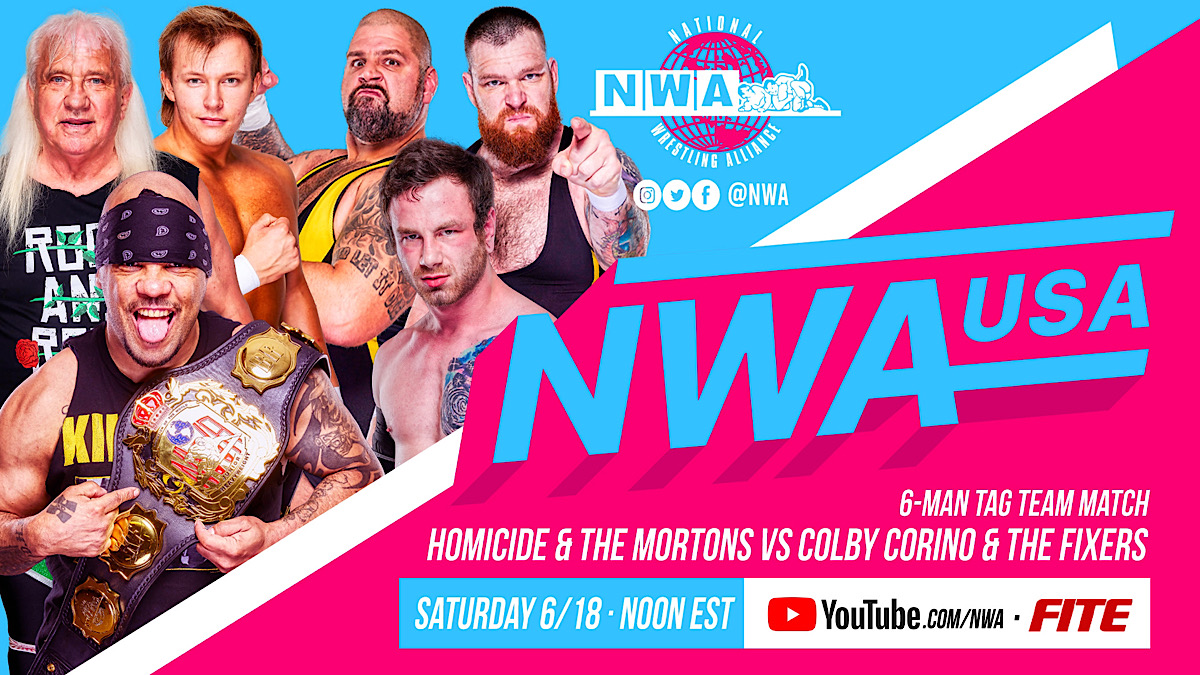 “The Last Bastion of Professional Wrestling” Colby Corino with The Fixers (Wrecking Ball and Jay Bradley) vs.  the Legends (Homicide with Ricky Morton and “The Future Legend” Kerry Morton)

Ricky Morton starts out on The Last Bastion, and Corino mocks the age of Morton, but old man Morton still has a rock ‘n roll in his soul.  Tag to Homicide in, but Corino quickly tags Jay Bradley.  Homicide fights through and it isn’t long before he and Legursky start to fix the Notorious Legend. Now a tag to Kerry, and he tries (and fails) to stop Legursky, and it’s not long before he’s in trouble.

The Legends attempt to isolate Legursky, but when Ricky is tagged in they bring him into their corner, and Ricky is a Rock n Roller in Peril.  But a hot tag to Homicide and he goes to work on The Fixers.  It isn’t long before the match starts to break down and it’s all the ref can do to keep some semblance of order, but Kerry and Corino are the two men left in the ring.  Kerry gets a roll up on Corino outta nowhere to score the Pinfall for the one, two, and three.

Your Winners via Pinfall:  Homicide and The Mortons

Corino is livid at the loss as The Legends are victorious in the ring as the show goes to credits.

Just a solid show, and I hope this is the first of many encounters with Homicide and Corino.  The Fixers and The Mortons are just icing on the cake.

Oh, and Sam Shaw is a creepy bastard (apologies to Marty “The Moth” Martinez)