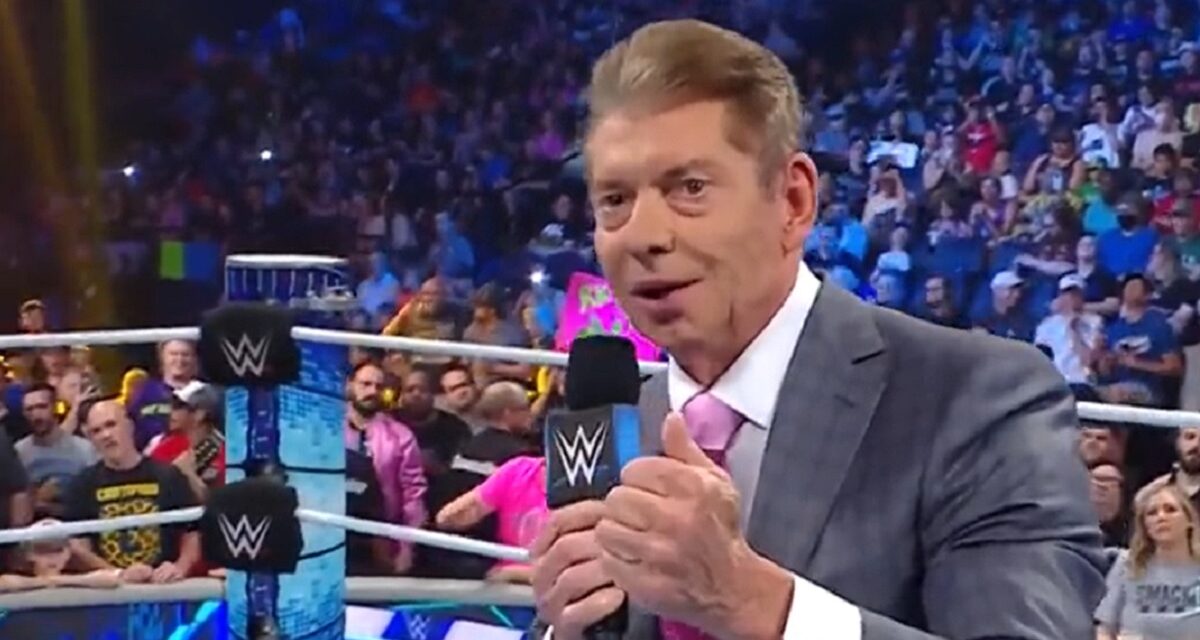 As announced earlier today, Vince McMahon – amidst an ongoing investigation by the WWE’s corporate Board of Directors – appeared on Friday night’s episode of Smackdown. But if you thought he was going to publicly acknowledge the ongoing controversy, well, as it turns out ,there was no chance in Hell of that happening.

Rather, McMahon’s appearance was nothing more than a perfunctory – and some might say, self-serving – cameo, amounting to nothing of substance.

The show started off with McMahon’s signature “No Chance” theme song, and while fans sang along, McMahon swaggered to the ring with a grin on his face. The crowd gave him a huge response. Some boos were briefly heard, but they were quickly drowned out by cheers, either legitimate or through sweetened audio.

In the ring, McMahon briefly addressed the audience, saying “It is a privilege as always to stand before you tonight, the WWE Universe. Especially a privilege to stand here in this ring in Minnesota.”

McMahon then referred to the WWE signature slogan that is shown before every broadcast: “Then. Now. Together. And the most important word, Forever.”

Finally, he greeted the crowd with a vintage “Welcome to Smackdown,” before tossing away the mic, and he headed up the ramp, shaking hands with some ringside fans before heading back up the ramp, as the show’s opening title sequence started to play.

McMahon’s appearance was heavily-promoted in the hours leading up to the show, and his planned appearance was covered on mainstream news networks such as CNN earlier this afternoon. Currently, he has temporarily abdicated his CEO and Chairman positions – both of which have been filled by his daughter and former Chief Brand Officer, Stephanie McMahon – though it is reported that he will still remain as the head of Creative even as the internal investigation continues.

Stay tuned to SlamWrestling.net for further developments as they unfold.