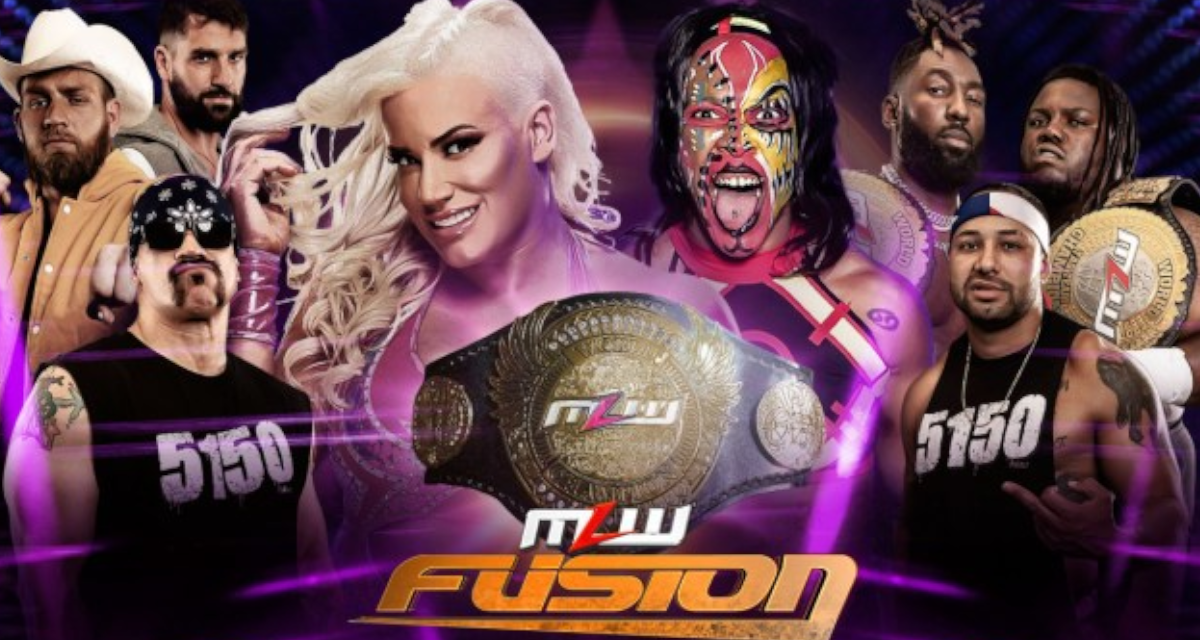 The show started with The Samoan Swat Team taking over Cesar Duran’s office. They drank Duran’s champagne and sang a song to a picture of him in his absence.

Cesar Duran would then be shown in a separate location making phone calls before being interrupted by Taya Valkyrie asking for a shot at the new Featherweight title.

Gangrel came out and drank a mega-pint of blood before stepping into the ring to go to war with Budd Heavy, who may or may not have pounded a few brewskis himself backstage. This match didn’t even last 5 minutes, Gangrel finished off Budd with an old-fashioned DDT.

The second match of the night was a 6 man tag for the MLW Tag Titles. 5150 cut a rambling promo as usual before the other two teams came out. The defending champs Hustle & Power came out last and went right to work.  Most of the action took place outside of the ring in this match from the beginning.  It was a good old-school sweaty brawl, nothing fancy here. Hustle & Power got the pin on 5150.

The Von Erichs (@RossVonErich & @MarshallVonEric) with the Iron Eagle onto the Spanish announce table!

Holidead had her group of freaks with her as she made her way to the ring. Taya came out and checked out the new belt before getting things started.  It was a competitive contest, mid-paced. It was clear that Taya is the more skilled and experienced of the two. Taya would end up making Holidead tap out.