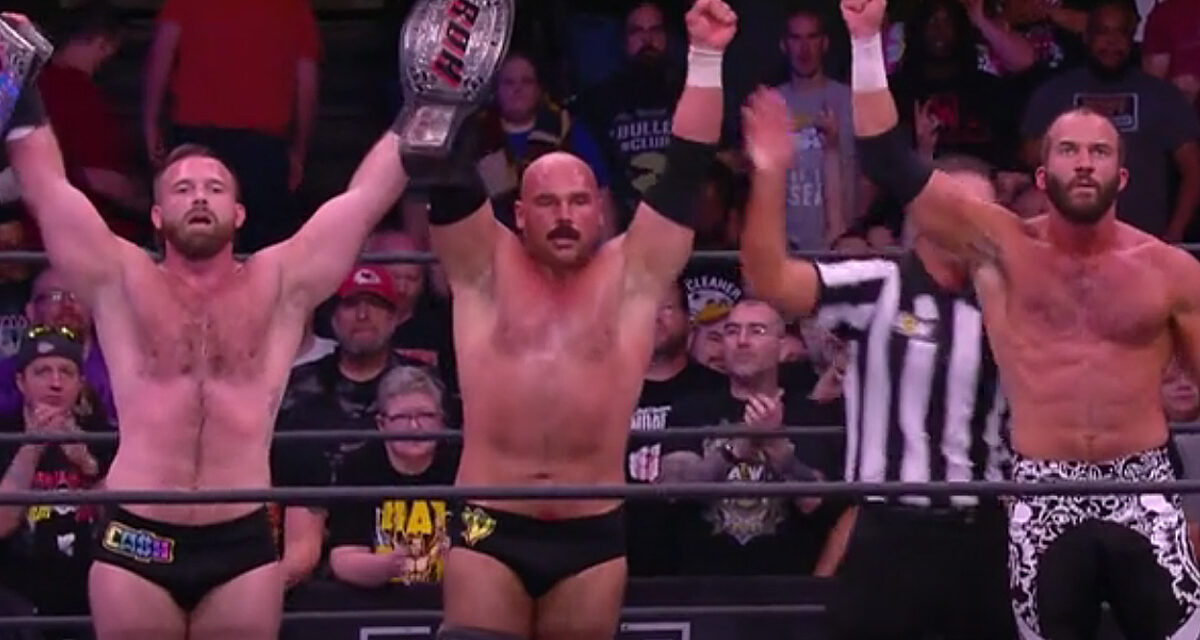 NJPW sensation and leader of The United Empire faction, Will Ospreay, wrestled for the very first time in AEW tonight. Promoting and hyping the upcoming Forbidden Door pay-per-view Ospreay and his pals Aussie Open took on arguably the greatest tag team in the world today FTR and their back-up, Trent Beretta.

The AEW faction ended up getting one over on The United Empire with Beretta proving he doesn’t need those idiot Best Friends pinning Kyle Fletcher of Aussie Open with Strong Zero giving AEW some momentum heading into Forbidden Door on Sunday, June 26 at the United Center in Chicago, Illinois. 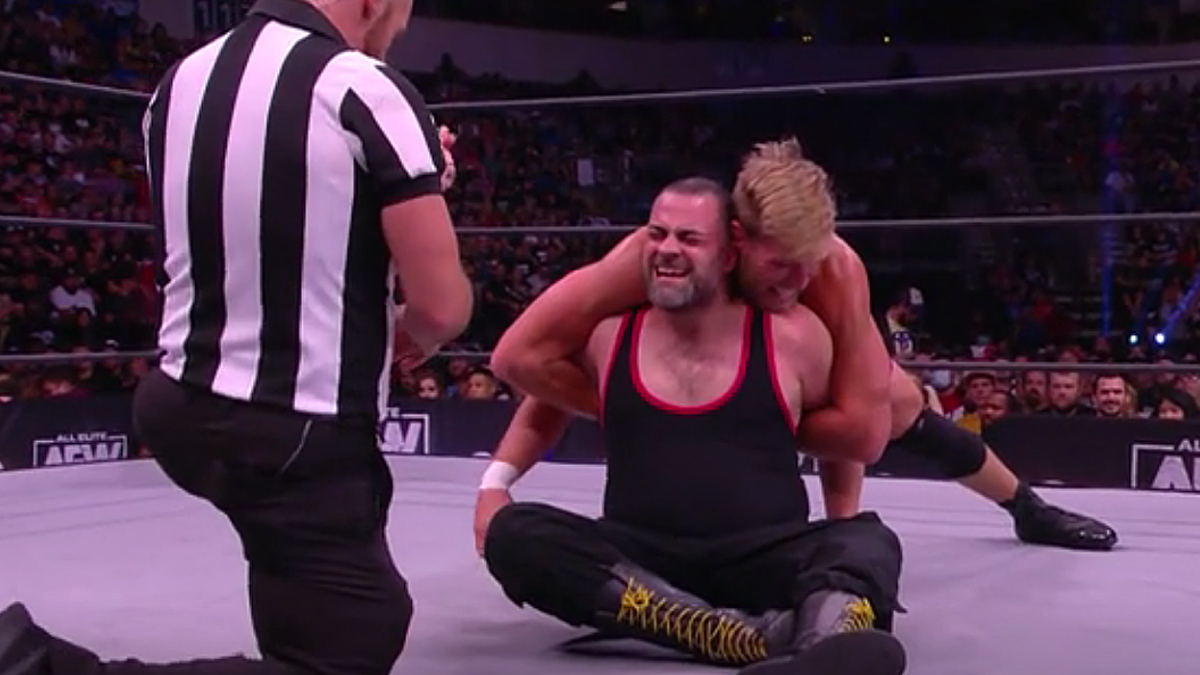 Hager is overpowered by Kingston for much of the match but Kingston hangs in there absorbing punishment. Once he has had enough of battering Kingston, Hager just throws him out of the ring. A big mistake on Hager’s part. Kingston meets him with some chops on the floor. The crowd cheers Kingston spurring him on. Hager has Kingston pinned to the mat with a knee. Unexpectedly, Kingston grabs Hager’s crotch. That’s gotta hurt. Kingston absorbs Hager’s shots in a corner and picks him up to powerbomb him down. Two spinning backfists pin Hager.

Tony Schiavone interviews Britt Baker backstage. Toni Storm’s actions on Dynamite have ticked Baker off. She sees it as Storm skipping the line for a title shot.

Ortiz promises Chris Jericho he is going to shave him bald at Road Rager, Dynamite next week.

Singh crushes the jobbers. The massive Singh comes off the ropes body splashing both Vega and Fichett at the same time. Singh holds both men as Lethal hits his Injection. You can count to 100.

Danhausen is interviewed backstage in his new car. He explains that he and Hook have bought new vehicles due to their winning streak. They both show off their new rides. Yeah, that was worth it. 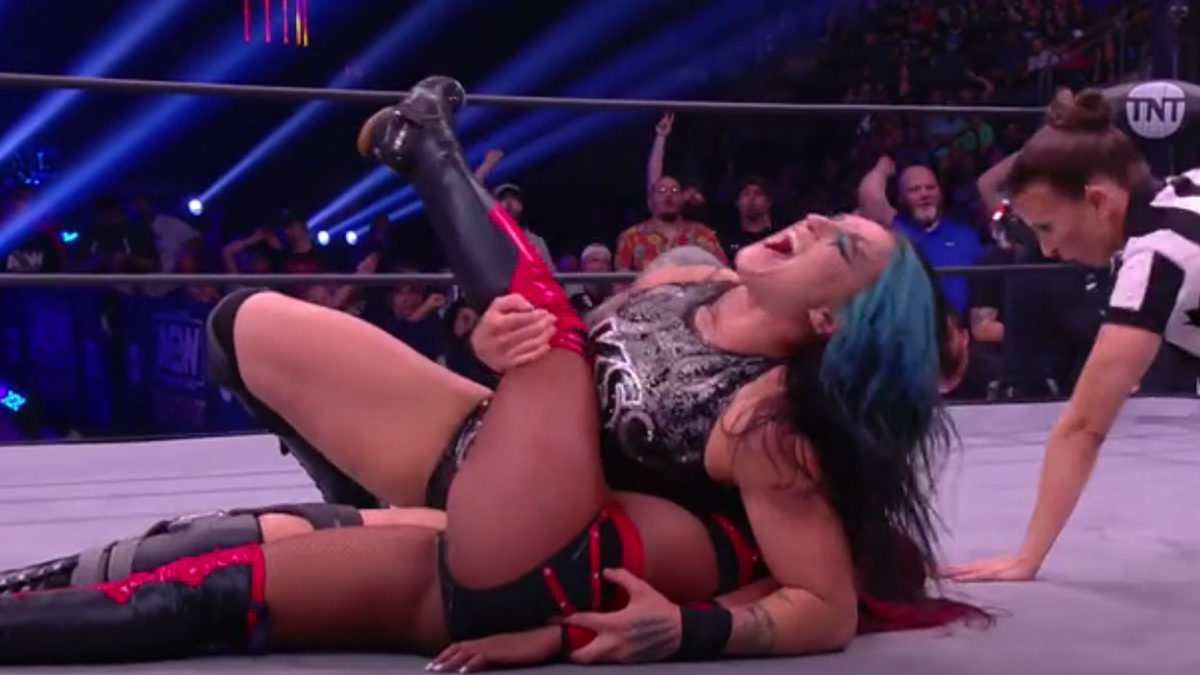 FTR and Trent Beretta vs. Will Ospreay and Aussie Open

Not a terrible show but that Statlander, Velvet match chewed up a lot of time. A good push for the Forbidden Door show too although AEW is going to need to stack things up soon for that show as June 26 is closing in fast and there are only two confirmed matches. Overall, AEW as a promotion needs to get more focused again. They have lost that over the last two or three months.