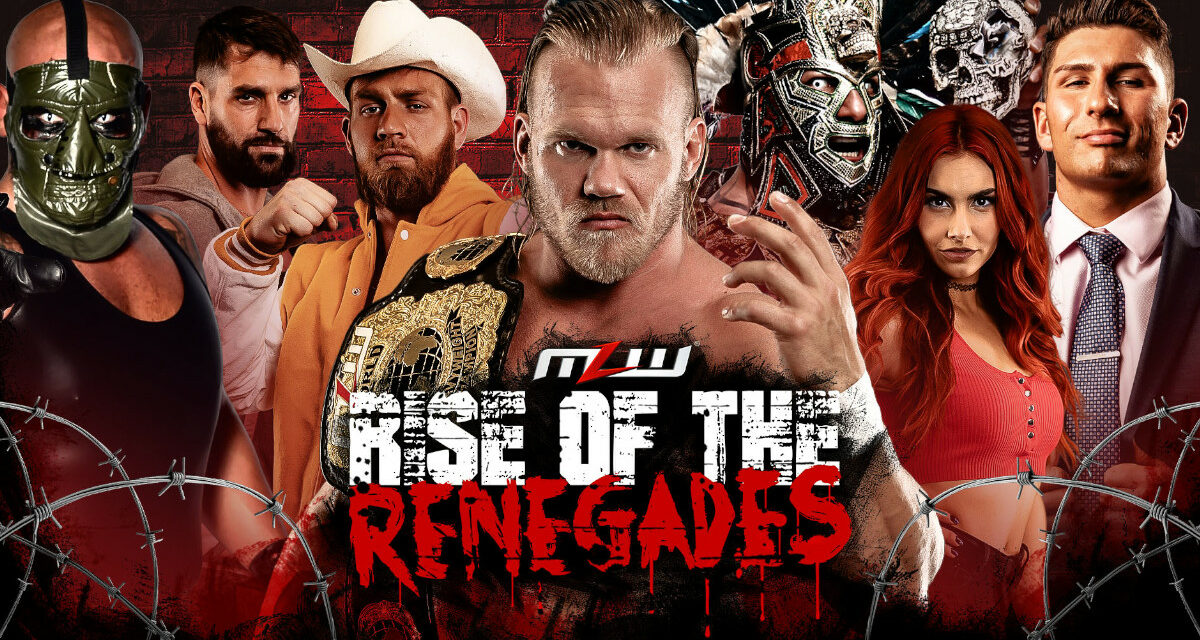 The first match of the night was a Mexican strap match. So, basically, if you end up outside of the ring you get lashed by a bunch of wrestlers with straps until you get back into the ring. Gangrel was even ringside on strap duty. This was a good but short match between two highly skilled Lucha technicians. The strap factor didn’t make much of a difference in the outcome of the match, but it was entertaining and something different than what we’re getting on the big 2 currently. I’d love to see more Mexican strap matches in the future.

Winner: Gino Medina gets the win via pinfall by pulling on Aramis’s tights.

Octagon Jr. vs Matt Cross for the Caribbean Championship

The second contest of Rise of the Renegades was for the Caribbean Championship. Old Schooler Matt Cross made his way to the ring first, followed by Octagon Jr. , the defending Caribbean Champion. The crowd chanted “Lucha Lucha” throughout this match. Octagon Jr. finished off Cross after a short match with a Spinning Package Piledriver. This finishing move is pretty awesome and probably my favorite out of any of the MLW roster. Matt Cross would not recover.

The main event of Rise of the Renegades was a 6 man tag match ordered by Cesar Duran. The MLW Heavyweight Champion Hammerstone teamed up with The Von Erichs, and Richard Holliday teamed up with the 6′ 9″ Mads Krugger (no relation to Freddy Krueger) and King Muertes. This was a fast paced chaotic match, but very short considering that it was the main event. This is the shortest main event I’ve seen in a while in any organization. Richard Holliday would end up pinning the MLW Heavyweight Champion Hammerstone to get the win. I was disapointed that Cesar Duran was not in attendance.