Breakker, Creed Brothers get their moments at NXT In Your House 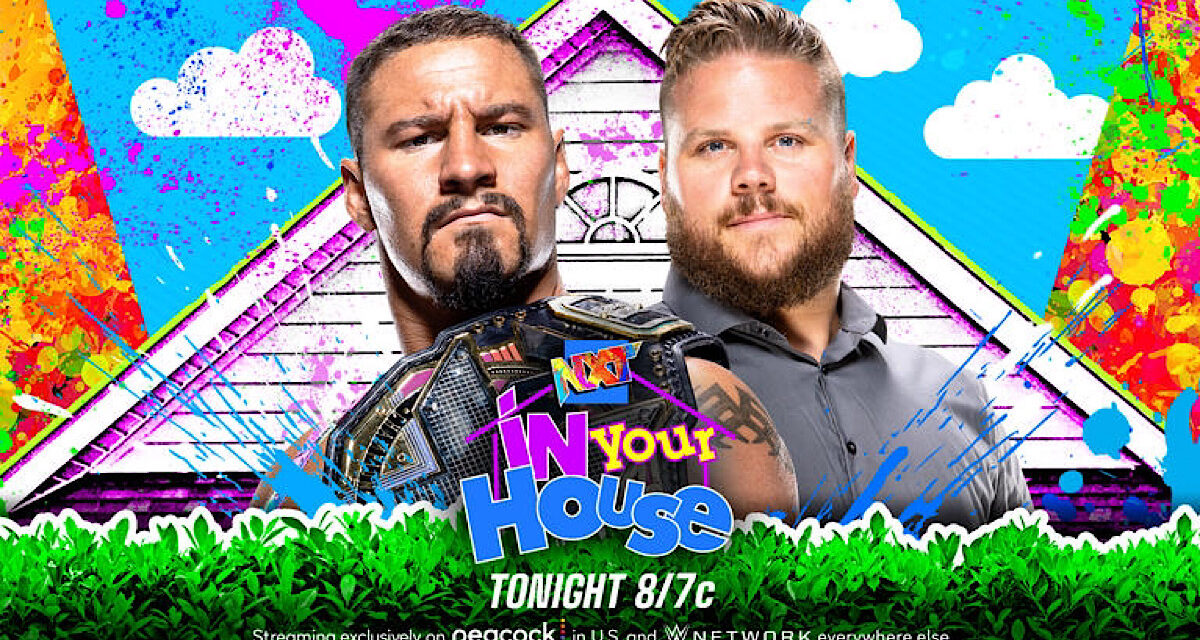 It was a good night for young singlet-wearers as Bron Breakker and the Creed Brothers of Diamond Mine respectively retained and won championship gold. Without any of the character or eccentricity of previous In Your House shows, tonight’s “premium live event” at the WWE Performance Center was able to showcase a promising amount of upcoming talent in the NXT 2.0 ranks.

Both factions come through with badass entrances, contrary to the ridiculousness that surrounds this ongoing rivalry where the losing “family” joins the opposition. The crowd rises into a frenzy when D’Angelo and Santos Escobar meet in-ring, as “The Don’s” team gains control over Cruz Del Toro. Legado del Fantasma eventually makes an electric comeback, hitting their double-team finisher for two as “this is awesome” chants break out. Escobar is handed brass knucks while D’Angelo is given a crowbar, which Joaquin Wilde cracks “Stacks” with. D’Angelo steals the knuckles, knocking Wilde out and letting an unconscious “Stacks” get the pinfall victory in an energetic opener. Thus, D’Angelo gains some additional crew members, but not without funny business.

Alba Fyre’s new character is about embracing her roots of Scotland, “igniting the spirit of (her) ancestors,” as stated in a vignette. Lash Legend shoots Fyre down to other female roster members backstage.

If WWE’s main roster women’s tag team division is shallow, the NXT version is a drought. It’s Gigi Dolin and Jacy Jayne’s first significant defense in however long, and the “TikTok tag team of NXT” aren’t exactly formidable challengers. The champions control most of the matchup, but Chance and Carter fight back with their hit-or-miss flippy offense. With an outside right from Jayne and a proceeding German suplex from Dolin, Toxic Attraction gets the victory over Carter.

NXT Tag Team Champions Pretty Deadly sing in the mirror while challengers the Creed Brothers spar in the Diamond Mine training room. Contrast is heavy.

In a slick robe, challenger Hayes looks like money – probably smells like money, and that’s because “Melo is money.” Grimes descends from his entrance-way moon rocket to boos, continuing to prove that this babyface run has grown stale. Literally white-meat Grimes cooks Hayes with bland and uninspired offense until the latter delivers an eye-catching apron DDT. Williams assists in Hayes’ portion of the match, but the champion comes back with a reverse Spanish Fly. The competitors trade near-falls before Grimes takes out Williams ringside, allowing Hayes to capitalize with the top-rope leg drop for victory. “The A-Champion is back,” says commentary, as the belt returns to arguably the best North American Champion in lineage history. “When Melo shoots, he don’t miss!”

Choo wakes up from a bed in the entranceway and brings a body pillow in-ring. She’s upgraded from a onesie to a jumpsuit for the special occasion though. The champion takes complete control until Choo makes the comeback, where commentary claims she’s finally “woken up.” She beats the ringside count and blocks Rose’s running knee with the pillow, which the champion rips up before getting mauled on. The “straps” – or jumpsuit top – comes down, but Rose utilizes the arms to pull Choo into a running knee for victory.

The final competitors in the NXT Women’s Breakout Tournament Tiffany Stratton and Roxanne Perez are interviewed backstage. “You are quite literally the worst person of all time,” Stratton tells the interviewer.

A well-done package timelining the amauteur careers of Julius and Brutus, as well as having their parents in attendance, put momentum into the already hot challengers’ corner. However, if they lose, they’re booted from Diamond Mine per the word of leader Roderick Strong. “Pretty angry” chants accompany the tantrum thrown by Kit Wilson and Elton Prince as the Creed Brothers gain the upper hand. “They’re just built a little different,” describes commentary about the Creeds, who dominate the entire bout until Pretty Deadly slam Julius into the steel steps. Brutus finally gets the hot tag, and Julius scales the ropes. Hitting a spectacular Shooting Star Press, Julius gains the pinfall victory, crowning the Creed Brothers the deserved new NXT Tag Team Champion.

On paper, the storyline of Gacy instigating the pressures of Breakker carrying NXT “on his back” and upholding a legacy of aggression is pretty genuine. It’s the kidnappings and magic that have hampered this rivalry, where Breakker will lose the NXT Championship if disqualified. The two druids outside give Gacy the opening advantage, and a methodical, prolonged string of offense proceeds. Breakker finally makes the comeback with an outside dive, but Gacy pulls an Eddie, dropping to the mat while giving the champion a chair. Another referee saves the day, and Breakker sends the challenger off the apron, through the announce table. After hitting a bulldog, Breakker kicks out of a low blow, hits a druid with a chair, and absolutely obliterates Gacy with a spear. One final slam puts Gacy away, and Breakker retains the NXT Championship.

In terms of results, NXT got everything right tonight. There’s a select group of guys like the Creed Brothers and Bron Breakker who are naturally over with the Orlando faithful, and they’re cashing in. I think the matches themselves overstayed their welcomes, but overall, In Your House was pretty solid.