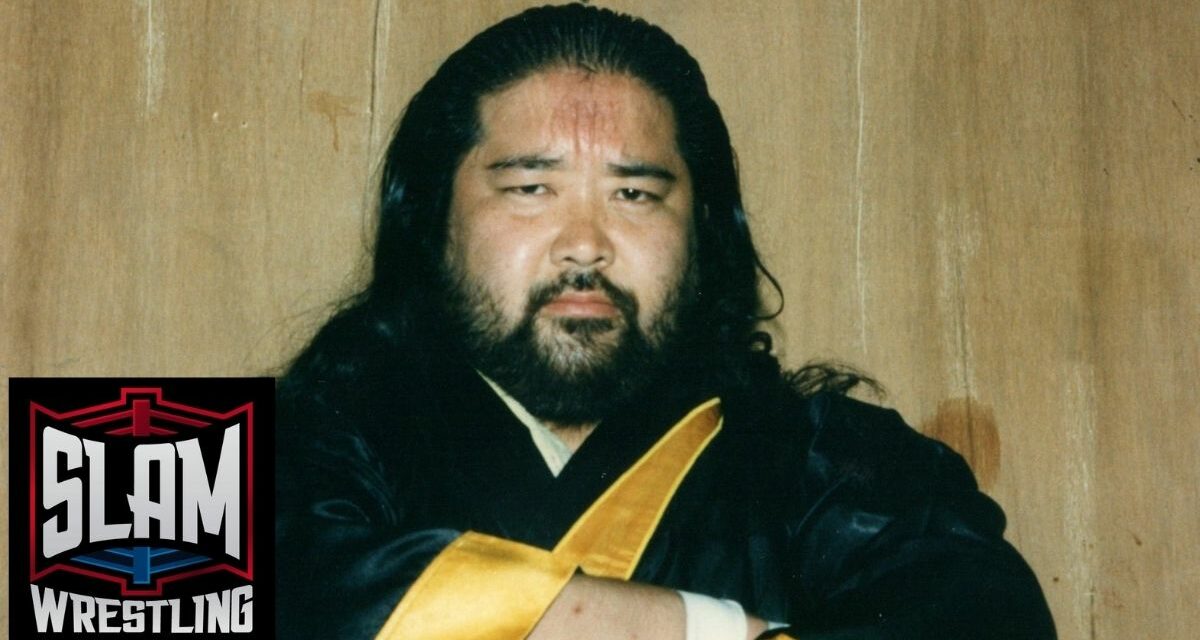 Tarzan Goto, the violent Japanese wrestler, has died at the age of 58 from liver cancer.

Initially, Goto went into sumo wrestling, but switched to professional wrestling, and debuted in February 1981 in All Japan Pro Wrestling. Right off the bat, Goto was a protege of Jumbo Tsuruta and was named Rookie of the Year in 1983 by Tokyo Sports’ Pro Wrestling Awards.

Like many Japanese wrestlers, he toured extensively in North America, to learn a different style.

In late 1985, he arrived in the NWA Central States Wrestling promotion, where he teamed with Akio Sato both there and then in the Tennessee promotion. Combined, Sato and Goto held in International tag titles four times. 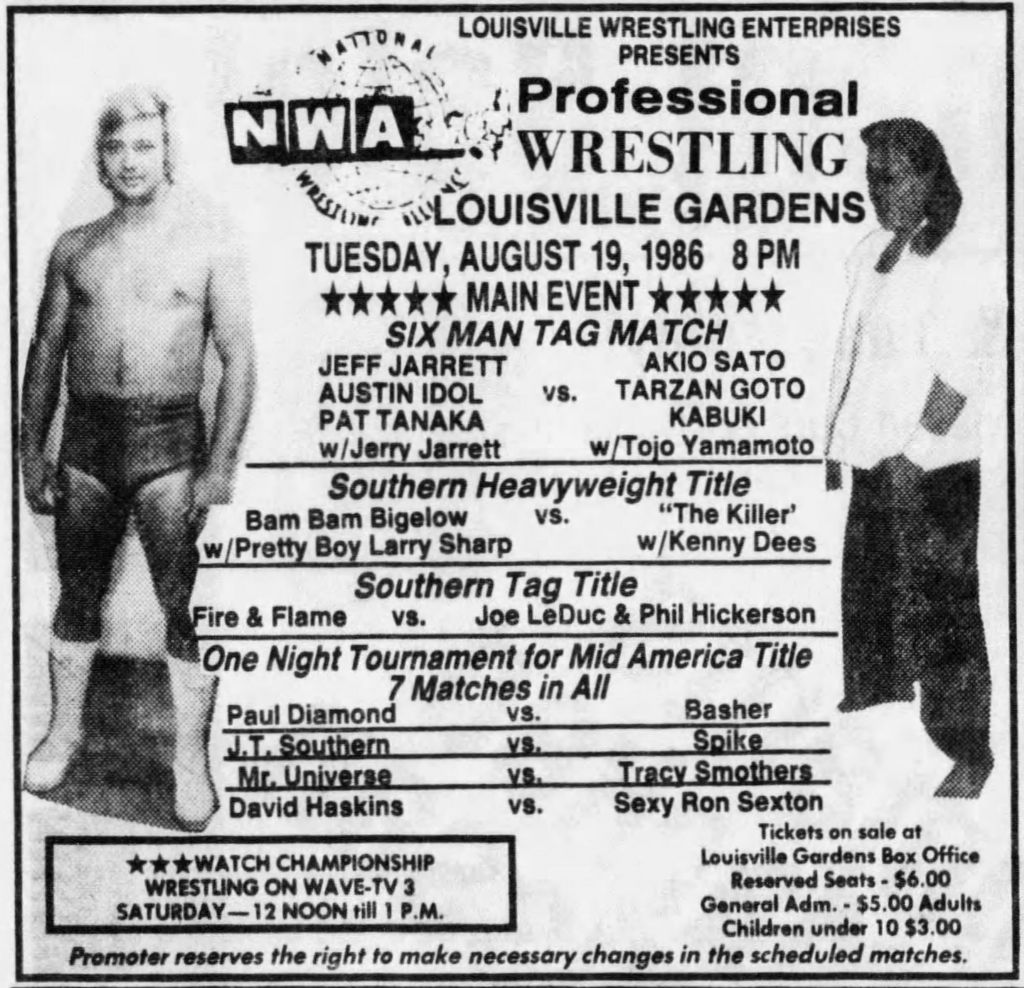 A main event match with Tarzan Goto in Louisville on August 19, 1986.

While in the U.S., he met and married woman wrestler Despina Montagas.

“I met my husband in a dressing room, with a Japanese look-up dictionary,” said Montagas in 2018. “We have three wonderful boys, and the rest is history.” They later divorced. 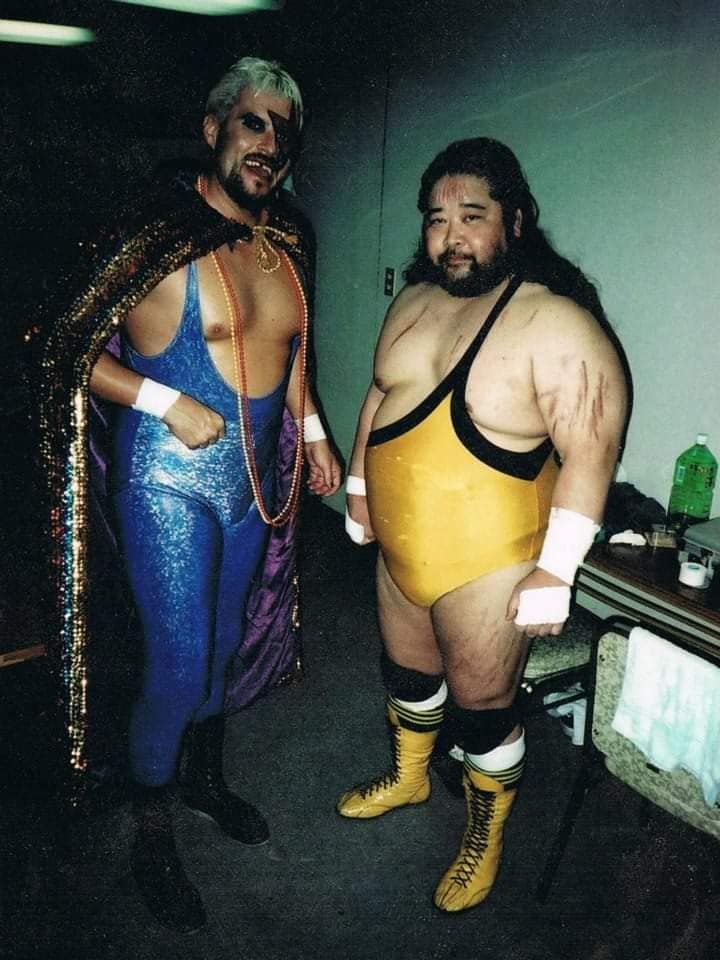 However, Tarzan Goto is most associated with the death match style in Japan.

It was Goto against Atsushi Onita in the first-ever exploding barbed wire match on August 4th, 1990 at Shiodome. In an interview at eccw.com, current AEW wrestler Dr. Luther recalled a similar bout: “I’ve had a lot of really good matches that I won’t forget for different reasons. I won the AWA Championship for FMW which was cool seeing as it was a recognized world championship. My first barbed wire match was in FMW against Onita and Tarzan Goto, the most notorious barbed wire guys in the world.”

Another memorable bout was Goto teaming with Terry Funk to defeat The Sheik and Sabu in a stretcher match on August 22, 1993 in Osaka, Japan.

Chris Jericho mentioned Goto in his book, A Lion’s Tale:

He was a short, fat, stocky beast with no front teeth and a face only your mum could love. He also had no problem beating up fans if the opportunity presented itself—like when someone clapped him on the back as he walked to the ring.

When a foolhardy fan did just that, Tarzan promptly punched the sorry bastard in the face. Then Goto chased the guy through the stands, grabbed him, and threw him out of the building.

There were some more mainstream moments for Goto, including challenging NWA World champion Dan Severn for the title, and an NWA World tag team title run in December 1995, teaming with Mr. Gannosuke, and defeating Cactus Jack (Mick Foley) and Tiger Jeet Singh in a seven-team round-robin tournament for the vacant titles; they vacated the titles in August 1996. 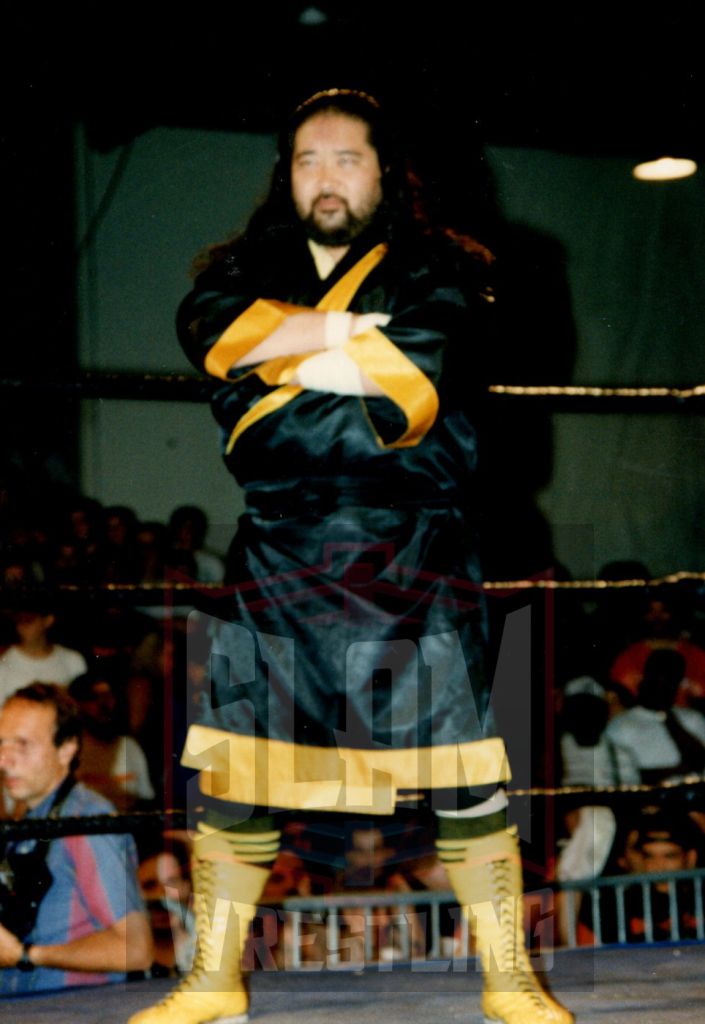 Tarzan Goto in ECW in 1994. Photo by George Tahinos, georgetahinos.smugmug.com

He competed in ECW in July 1996, facing Axl Rotten twice, including at the Heat Wave special.

Further details of Goto’s passing on May 29, 2022 are not known at this time.

EDITOR’S NOTE: His first name has been corrected from Seiji Goto to Masaji Goto. SlamWrestling regrets the error.