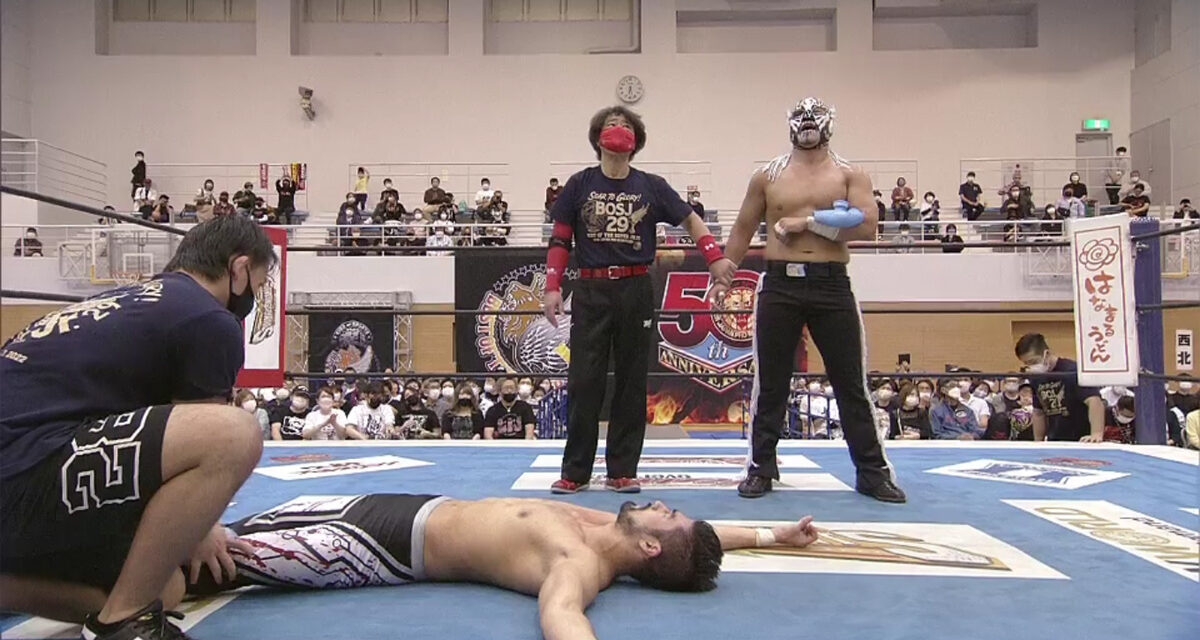 El Desperado and El Phantamo have continued their three match unbeaten streaks at the Best of the Super Juniors tournament in NJPW. They now lead the block with six points each.

Against Titan tonight, El Phantasmo was not disqualified for unlacing and taking off Titan’s mask. Desperado pinned him with a Sudden Death kick and CR2.

Phantasmo claimed at the end of the match that what happened with Titan’s mask was “accidental” and he apologized.

Desperado took Wheeler Yuta to school in their bout. Desperado slipped out of an attempted roll-up pinning Yuta with a Pinche Loco.

The tournament continues with a free live event broadcast tomorrow at https://njpwworld.com/ and then Wednesday, Thursday and Saturday. The finals are on June 3rd.

Ishimori makes Dick Togo tap out to the Yes Lock. Ishimori takes a swipe at Sho with his title belt. Sho does the same with his wrench.

Douki versus Robbie Eagles – BEST OF THE SUPER Jr. 29

El Lindaman versus TJP – BEST OF THE SUPER Jr. 29

Master Wato versus Bushi – BEST OF THE SUPER Jr. 29

Bushi scores another victory with MX.

Titan versus El Phantasmo – BEST OF THE SUPER Jr. 29

Wheeler Yuta versus El Desperado – BEST OF THE SUPER Jr. 29