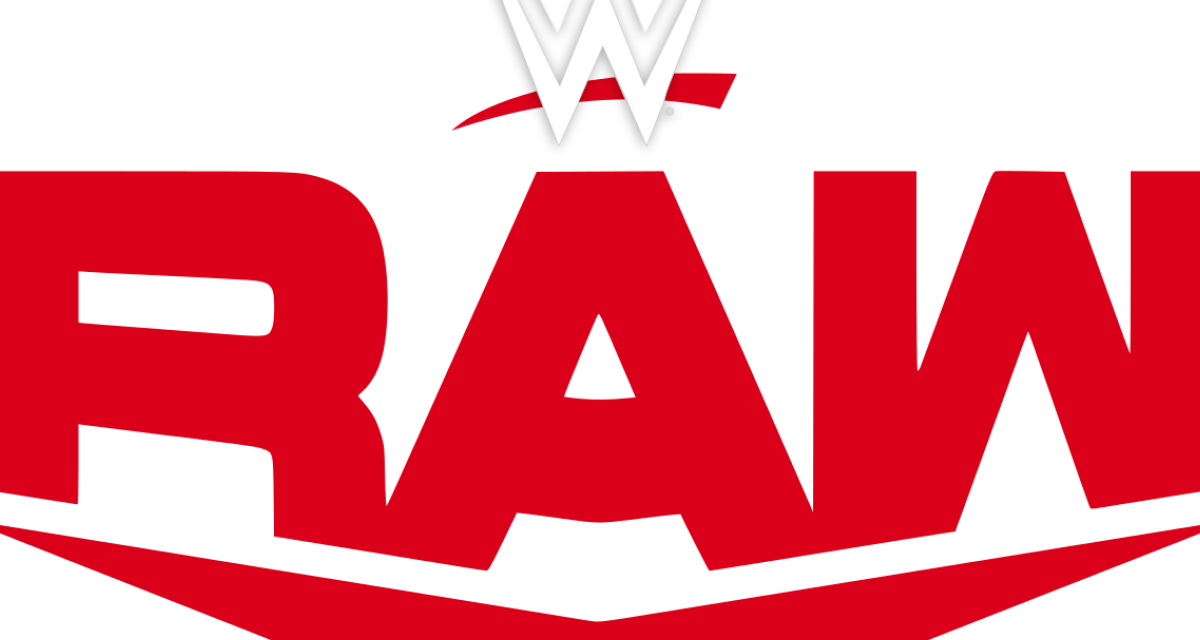 While there’s plenty of intrigue about what happened earlier today with Sasha Banks and Naomi swirling around, tonight’s show opens with the cage match meant to settle the feud that nobody thought they cared about (and may have been right). Omos and MVP stand in the ring, surrounded by the cage, with Bobby Lashley’s former manager promising the destruction of Lashley at the hands of “the future of the WWE”: Omos.

Before we get to that match, though, we have a “Countdown to Cody” letting us know that in just under two hours we’ll be seeing “The American Nightmare” on Raw. That’s a bit much.

Before Lashley makes it to the ring he’s attacked by Cedric Alexander, with MVP and Omos soon joining the assault. Lashley breaks free and stands in the ring beckoning for Omos. With the fight officially underway, MVP still finds a way to get involved by poking Lashley with his cane through the gaps in the cage fencing.

Omos hits plenty of powerful moves like chops and running boots before Lashley drops him with a spear for a two-count. Omos escapes a Hurt Lock by driving Lashley back into a corner, but Bobby knocks him down and starts to climb, only to see Cedric Alexander climb up the outside of the cage and get in his way.

Lashley throws Cedric down inside the cage and turns his attention back to Omos, but his cross body off the top rope is caught and another big boot follows. Omos looks to drive Lashley into the side of the cage, but in doing so he breaks the cage wall down, sending Lashley to the floor and to victory.

We get right into the second match, though Theory keeps stalling and pulls out a surprise: Ali must prove himself and defeat Veer Mahaan to earn a match with the champion.

Ali starts hot with a dropkick, but Mahaan’s leaping press drops Mustafa, followed soon afterwards with a boot to the face and a standing elbow drop. Ali starts gathering some momentum, but he’s blocked by Theory and The Miz at every turn, even taking a slap from Miz. Mahaan takes advantage and takes the match with his cervical clutch.

At the urging of Theory, Mahaan re-applies his submission hold for a selfie, then takes orders from Miz to go and clear the announcer’s table.  Coming to Ali’s rescue, though, are Rey and Dominik Mysterio who clear the ring area of the evil-doers.

Backstage, Becky Lynch runs into Adam Pearce and learns that she now has a Number One Contender’s Match against Asuka in the main event tonight for the opportunity to face Bianca Belair at Hell in a Cell.

Riddle is on his own for some reason, dealing with interference from Jey both in and outside the ring. Riddle does drop Jimmy with a gutwrench suplex, but is launched from the apron the floor soon afterwards, with Jimmy throwing a suicide dive his way before a break.

Coming back, Riddle is hitting kicks both high and low, kipping up and throwing what sure looked like a Superman’s Punch at Jimmy.

Hey, the Countdown to Cody is under an hour!

Jimmy does a sort-of pop-up Samoan Drop, but with Riddle’s arm caught around the Uso’s head it almost looked like a reversal into a DDT. Riddle really does reverse the next big move, getting his knees up under an Uso Splash. After Jey is ejected for interfering once again, Riddle rolls Jimmy up for the victory.

From earlier today: Kevin Patrick catches up with Liv Morgan, who vows to never give up in her fight against Judgment Day. Los Lotharios interrupt the interview and offer her a spot on their kiss-cam, which she flatly refuses. AJ Styles and Finn Balor chase Garza and Carrillo away and instead offer Morgan a chance to stand by them in their match against Los Lotharios up next, but she gives them a non-committal answer as well.

After the break, Edge addresses the crowd from his dark room and his big chair. Priest and Rhea Ripley promote how powerful and free they feel as part of Edge’s Judgment Day crew, and Edge announces that his arms are wide open to accept anyone into the fold.

Garza and Carrillo find their plant near the front row to receive a kiss from them for the Kiss Cam, then get down to business. Styles and Balor open the match with tandem high-low dropkicks before – hey! The Countdown to Cody is at 33 minutes!

Garza and Carrillo tag in and out, taking turns beating Styles down, but AJ gets a tag to Balor and they throw Los Lotharios to the floor then leap over the top rope together, landing cross-body blocks. After a break, Los Lotharios use their 5 seconds in the ring to hoist Styles up in a tandem Boston Crab, but AJ soon gets Balor in with a hot tag, and The Prince deliveris a flying forearm and sling blade to Garza, but then a high kick drops Balor.

Carrillo tries a moonsault, which Balor blocks and sets up a Coup de Grace on Carrillo while Styles keeps Garza at bay with a Phenomenal Forearm.

Winners via pinfall: Styles and Balor

Kevin Owens is backstage, wearing a Sami Zayn Forever shirt and eager to receive the results of a DNA test procured by Chad Gable to expose Ezekiel as Elias. Unfortunately, the results were spoiled by the presence of barbecue sauce on the sample. Gable and Owens, naturally, blame Otis.

Both Bliss and Deville start off scrappy – whoa! The Cody Countdown is at 14 minutes!

Bliss shoves Deville down and tries for her kneedrop/standing moonsault combo, but Deville blocks and counters with a running knee to Bliss’ gut. A stiff clothesline allows Deville to cinch in a chinlock, which Bliss escapes from using a jawbreaker.

Deville boldly begins untying the corner turnbuckle pad before she’s admonished by the ref, but after she hits Bliss with a spinebuster the ref misses most of the opportunity to count a pinfall win because he’s tying the pad back on. Instead, Bliss uses a DVD to get the three-count herself.

After the match, Deville takes out her frustration on the ref with a slap.

The countdown is over! Cody Rhodes takes the spotlight in the ring. He waxes rather philosophically about his feud with Rollins, looking back to 2012 when Rollins debuted with The Shield while he himself was watching on rather jealously as Rollins rose to the top. Now that Rhodes is back for his second chance, he won’t let Rollins stop him and challenges him to a Hell in a Cell match.

The cackling Rollins responds on the video screen. He accepts, but promises Rhodes that everyone who goes into the cage with him becomes changes, and Cody will be no exception.

Elsewhere, Sarah Schreiber talks to Asuka about her Number-One Contendership match, and Asuka pokes fun again at Becky Lynch, who she sees as a crybaby.

Kevin Owens joins the commentary team, wondering if Byron Saxton is a real name while Ezekiel hits a diving shoulderblock on Gable. Even funnier is Jimmy Smith calling an escape by Elias (not Ezekiel), which Owens loves. He also takes a moment to call Smith out on his recent claim that Cody Rhodes hadn’t wrestled in the last six years.

Ezekiel escapes a Gory Special and ends up on the floor where he’s run over by Otis behind the referee’s back going into a break. A German suplex by Gable leads to a top-rope moonsault attempt, which Ezekiel rolls away from, and a leaping knee to stop Gable from another top-rope attack while Owens threatens to drop kick anyone in the head who keeps referring to Elias as Ezekiel.

Gable tries a couple of roll-ups, but Ezekiel uses one of his own for the victory.

Backstage once again, R-Truth delivers divorce papers to Tozawa on behalf of Tamina before he runs into Dana Brooke, salivating over the prospect of getting the 24/7 title back once again. Brooke runs off and right into Carmella. After they exchange testy words, R-Truth catches up and has a quick reunion with Carmella. She says she’ll help him get the title back, because she wants Dana Brooke.

Meanwhile, in the ring, Lacey Evans opens her promo for this week by offering her praise to the military, starting up a classic 80s “USA” champ and talking up her resiliency. I’m changing my mind on this whole thing … I don’t think this is a babyface push. I’m not exactly sure how she’ll end up heel after this, but I think that’s where it’s headed.

With Belair watching from ringside, Asuka opens immediately with a Codebreaker, and with the fight going to the floor, Lynch throws Asuka into the barricade with a Becksploder. Back from ads, Asuka tries a couple of roll-ups before changing gears and levelling Lynch with a kick to the side of the head.

Asuka continues near-dominance with a German suplex and sliding knee to the head before countering a Manhandle Slam with an arm-drag. Lynch tries a stacking pin, but Asuka slips it into an Asuka Lock. Lynch turns that into a pinning attempt which Asuka escapes by releasing her submission hold.

Lynch slips to the floor to jaw it out with Belair, soon afterwards throwing Asuka into the champ and knocking them both down. Lynch draws Belair into the ring with her, forcing the ref to block the champ’s entrance. Lynch grabs Asuka’s umbrella from the apron while the ref is distracted, but two can play at that game as Asuka spews green mist into Lynch’s eyes, kicks her to the mat and steals the win.

Winner via pinfall and Number One Contender for the Raw Women’s Championship: Asuka

You can thank Judgment Day, Kevin Owens, and Ezekiel for the strong parts of this show. The main event, cobbled together as it was, turned out to be very entertaining, and even the steel cage match worked because, while it didn’t have anything new, that’s fine for the show’s opener. Seriously, though, they’d better ease up just a bit on the Cody Rhodes push.