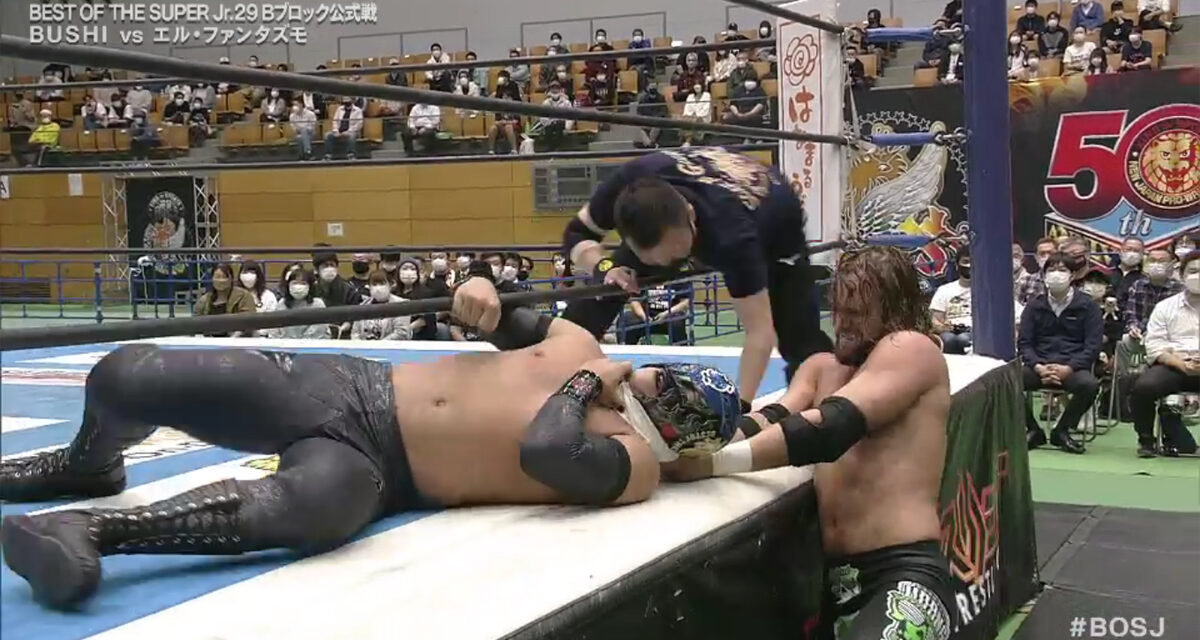 It was time for B Block to take centre stage as NJPW’s Super Juniors tournament rolled on. The second night featured three fantastic matches that stole the show.

Robbie Eagles and AEW’s Wheeler Yuta put on the best match of the tournament so far. It did include some flippy stuff but also a lot of just good old school wrestling. Eagles won with a sneaky roll-up on Yuta in a great effort by both men who truly are two of the best of their generation. 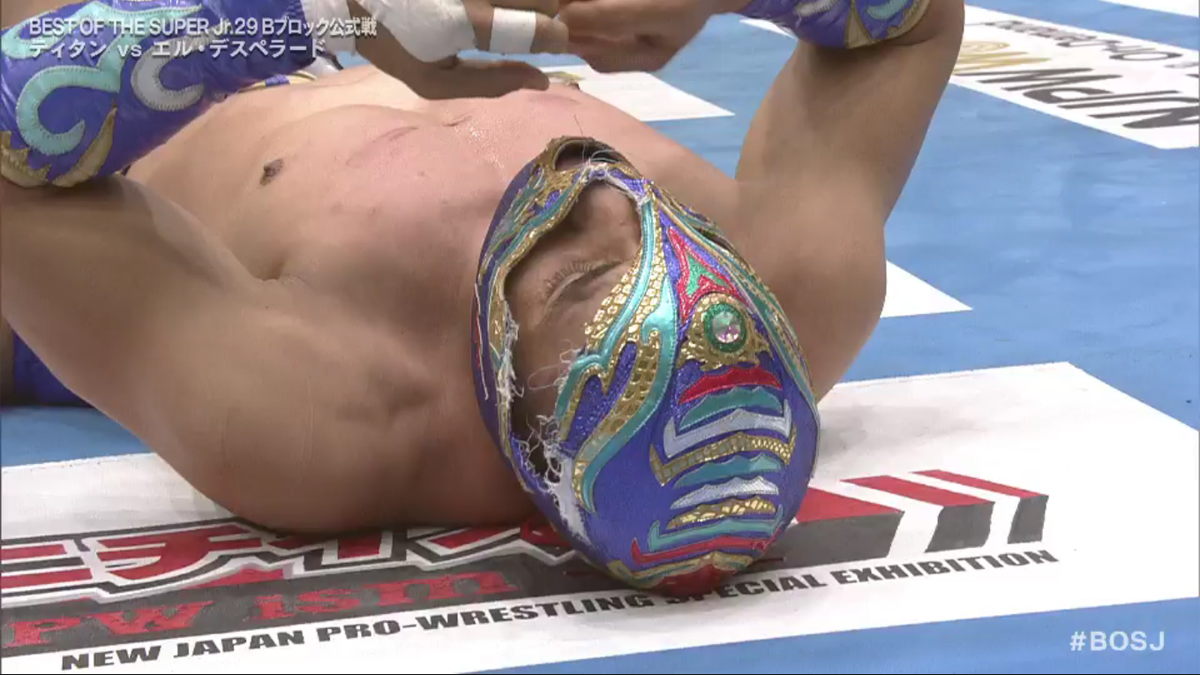 What’s left of Titan’s mask after El Desperado was done with it. Courtesy: NJPW.

The phenomenal TJP rose to the occasion by defeating a still maturing Master Wato and in the main event it was a lucha showdown between the current IWGP Junior Heavyweight Champion, El Desperado and CMLL’s World Welterweight Champion, Titan. Desperado bent the rules a tad by tearing Titan’s mask during the bout.

“You would think there would be a code between masked men,” said Kevin Kelly.

El Desperado won the match and two points with Pinche Loco. The tournament continues on Wednesday, Thursday and Saturday. The finals are on June 3rd.

The more I see Clark Connors the more impressed I am. Connors pins Nakashima with the Trophy Kill slam.

While the official reprimands Sho for bringing his wrench into the match, Dick Togo chokes out Jado with his garrote. Jado taps out to Snake Bite. The House of Torture work over Zayne and Taguchi after the match to soften them up for the Best of the Super Jr. tournament.

EL LINDAMAN versus Douki – BEST OF THE SUPER Jr. 29

This could be a sign of the apocalypse as Douki has won a match. Yes, you read correctly. Douki defeated EL LNDAMAN with his Suplex de La Luna finisher.

Bushi versus El Phantasmo – BEST OF THE SUPER Jr. 29 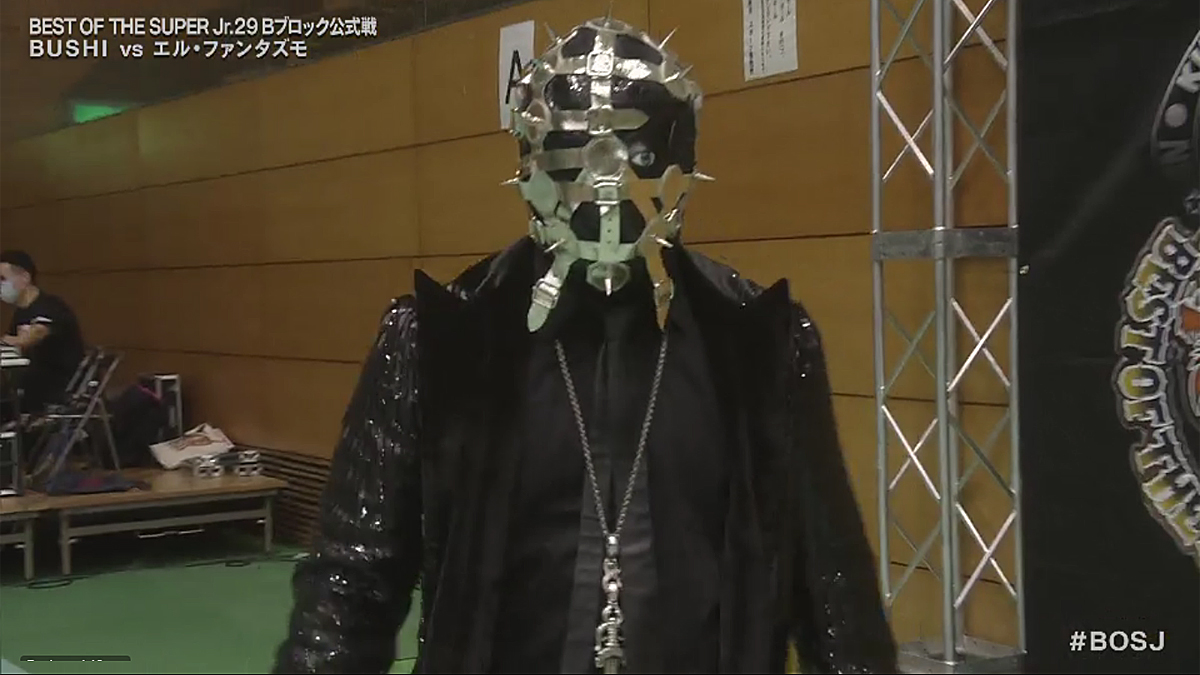 El Phantasmo’s gear was inspired by X-Pac. El Phantasmo chokes Bushi with his own t-shirt. He offers to throw it to the crowd then just drops it on the arena floor. Phantasmo avoids the MX to drop Bushi with a Sudden Death Kick and CR2 for the win.

Robbie Eagles versus Wheeler Yuta – BEST OF THE SUPER Jr. 29

Master Wato versus TJP – BEST OF THE SUPER Jr. 29

TJP attacks Wato as he makes his way to the ring. Wato misses his splash but TJP connects with his. Wato submits to the STF.

Titan versus El Desperado – BEST OF THE SUPER Jr. 29