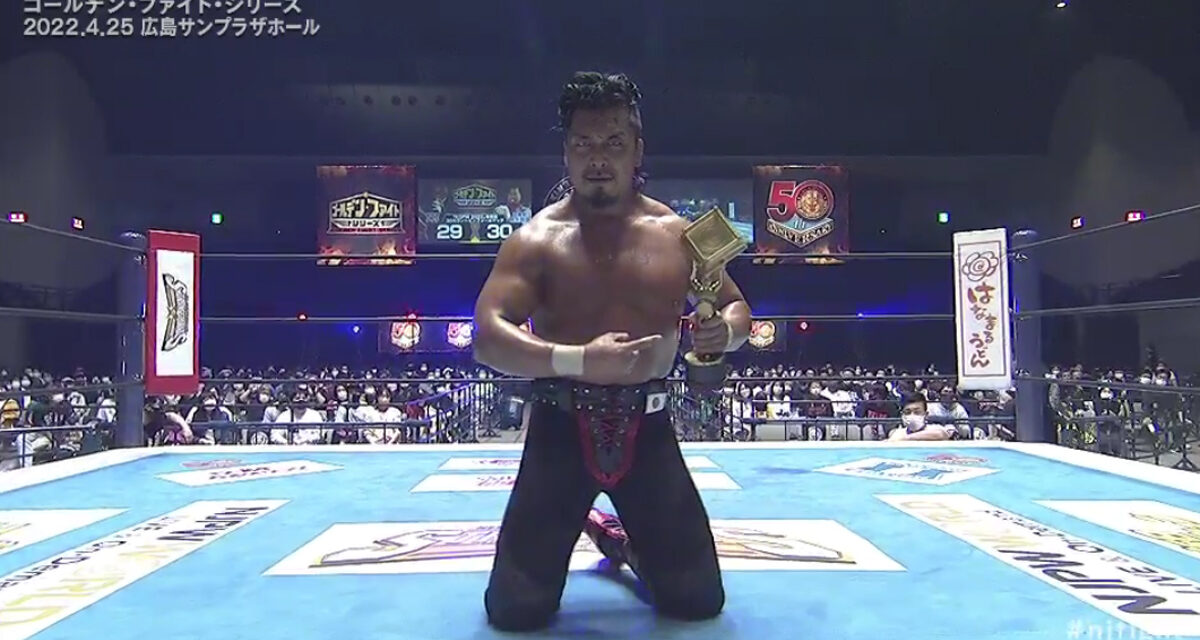 Shingo Takagi is now the king. Well, a provisional king.

As all KOPW matches, their bout had a special stipulation. The first person to accumulate a 30 count on their opponent over the course of the match won.

Shingo’s flurry of a Pumping Bomber and a Last Of The Dragon scores him a six count to give him the win by a margin of one pinfall.

Honma hits the Kokeshi on the Young Lion.

Zach chokes out Oiwa with the Triangle.

Taka is pinned by Ishimori. Poor Taka. I don’t think he has won a match since returning to NJPW.

Fale and Goto fight over Goto’s staff. In jerking it free, Goto nails Hashi in the head. Owens and Fale hit the Grenade Launcher on Yoshi. Owens pins him with an assisted flying elbow smash. After the match, Bullet Club retains possession of Goto and Hashi’s staves, mocking them.

Bushi clobbers Yano with a Codebreaker so that Naito can roll him up. Naito puts his fist into the air. Okada steps forward to fist bump him. He tries a sneaky attack. Naito gives him a pop-up low-blow and a Destino.