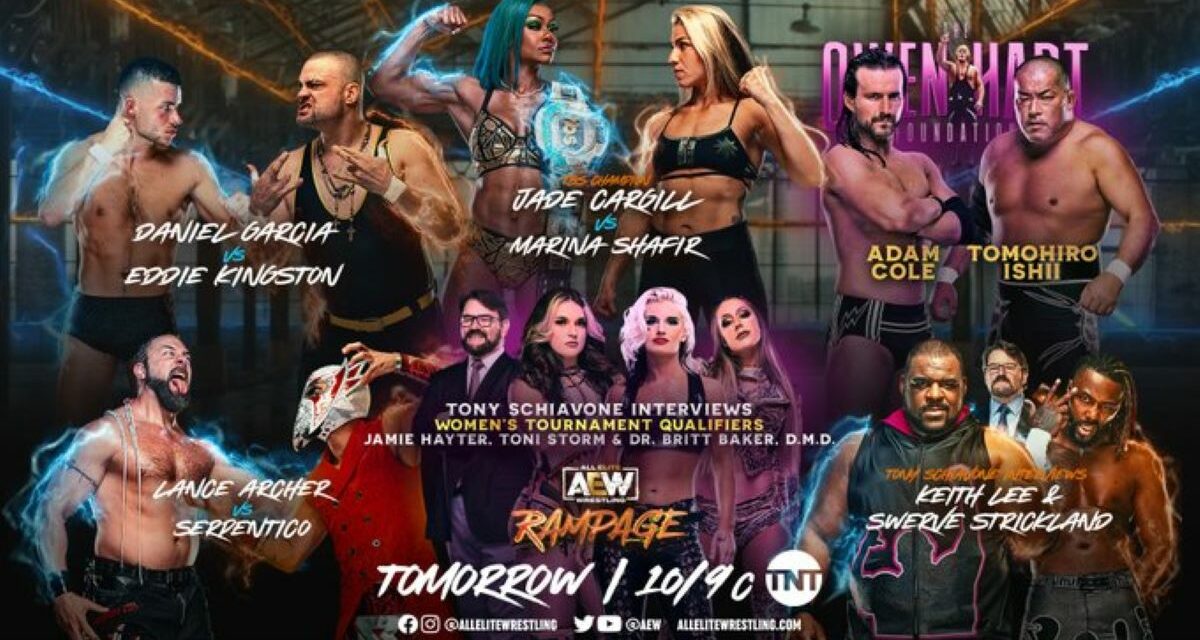 It’s Friday night, and you know what that means?  No, not to boycott Disney, or to listen to a murder podcast.  It’s time for All Elite Wrestling and the Baddie herself, Jade Cargill, is in action, as she defends her TBS title against the upstart, Marina Shafir.  Can Cargill Solve The Problem, while maintaining her undefeated streak in All Elite?

We’ll find out as we come to you from the Petersen Events Center in Pittsburgh, PA, we’ll find out.  Excalibur, Taz, and Ricky Starks have the call, and we jump right away to the First Match of the night for the… 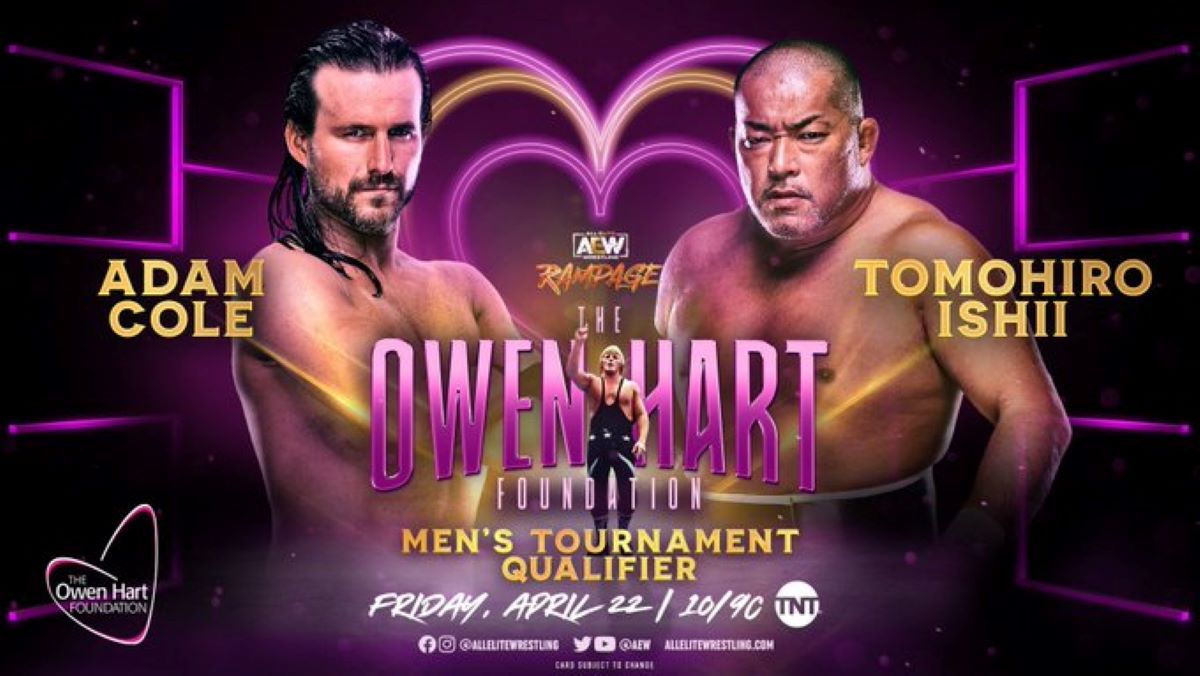 Ok, did I miss something?  Why is Cassidy at ringside, and what purpose does it serve?  Romero I get, since he is a liaison with New Japan, but…?

Ahh, I’m overthinking this, and need to get the nut of the match.

Cole tries to take it to the Stone Pitbull, and he bit off more than he could chew.  The match is all in the wheelhouse of the CHAOS member being able to overpower Cole, but as the action spills outside of the ring, Ishii tries a clothesline, but Cole ducks and Ishii’s arm gets the entire ring post.  Back in the ring, Cole keeps Ishii grounded.  He gets a neckbreaker, but the Pitbull manages to headbutt Cole in the breadbasket.  He slaps Ishii around, and oh that wasn’t smart.  Cole throws forearms, and he is unfazed, but one shot drops Cole like a sack of potatoes in the corner.  Ishii gets a big powerslam, and then follows with a belly-to-back suplex to cover but gets a pin count.

Ishii goes back on the attack, and Cole gets a shoulderbreaker to the CHAOS member.  During Picture in Picture, Cole goes for a codebreaker but can’t quite capitalize.  Cole goes up to the turnbuckle, but Ishii cuts him off at the pass and nails a leaping head butt, followed by a middle turnbuckle superplex to cover, but he gets a two-count.  He sets up Cole for a sliding lariat, but he ducks and gets a basement superkick to Ishii.  He drops the kneepad to lower The Boom, but Ishii ducks and now he lands the sliding lariat.  Cole goes back and nails another shoulder breaker for a close two count.  Both men go back and forth, as the fans chant, “This is Awesome!”  All of a sudden, Jay White comes and attacks Romero on the outside.  He walks back up the ramp, happy at his handiwork.  As Ishii looks on, the ref checks on Romero.  Ishii goes back to Cole, who low blows while the ref is still distracted, and now lowers The Boom for the pin.

Your Winner and Advancing in the Owen Hart Tournament:  Adam Cole (BayBay!)

We go back to earlier, as The Jericho Appreciation Society was told by a Random Security Guy ™ that they can’t be at ringside, per management instructions.  Jericho tries the old “don’t you know who I am” line and gets the stable to walk by…before the rest of security comes out en masse to stop that nonsense.  Garcia says to Jericho that he’s got this with Kingston as he preps for the match.  Jericho tells Randon Security Guy ™ that the Society will leave…because want to.  So there’s that.

Lexy Nair is still on the elusive hunt to get that exclusive from Hook, and they turn the corner to see…Danhausen, and he stomped a bunch of potato chips on the floor.  Hook pushes him up against a wall and says he’s got his attention.

Seriously?  That was all it took to get a match?!

And really, I used that time to type that up, because the next match was… 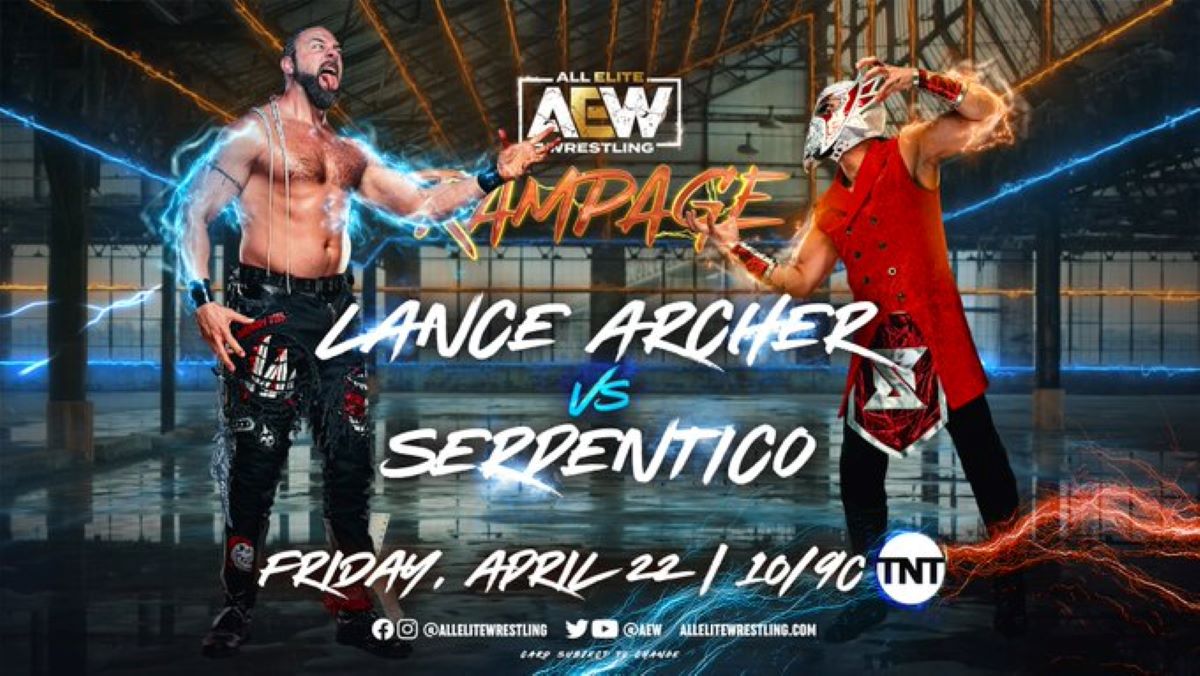 Again, look somewhere else for a squash recap, or stick around for this haiku recap:

Your Winner via Pinfall:  Lance Archer

We get a video package with “Smart” Mark Sterling with his newest client, Tony Nese.  He’s a Premier athlete, and can’t wait to show everyone.

Where in the name of 205 Live have I heard this before…?

Well, let’s get to the next match between…

Since the Jericho Appreciation Society is banned, we can dispense with the Sports Entertainment and just dive right into the pro wrestling.  This match is just a straight-up fight, as Kingston peppers Garcia’s body with shots to his head and chops him down to size with a face wash to the corner.  Garcia goes outside, and Kingston follows him with slams to the guardrails and steel steps, as fans in the Center chant for Eddie.  Kingston goes back, but Garcia trips him, and he goes to the edge of steps to land in his…gut, according to Excalibur.

Back in the ring, Garcia takes Kingston apart with knee strikes to his side but can’t keep The Mad King down.  Garcia goes outside and rams Kingston face first to the ring post, and just stomps a mudhole in the Yonkers native during Picture in Picture.  Garcia keeps up the offense but just can’t put away Kingston, which leads to…

Ads (Now I’m leaning towards Tony Khan’s theory that this is a bot attack on my senses, such as they are.)

As we come back, Kingston got a neckbreaker on Garcia and then lowers the straps down to trade chops.  Kingston attempts an exploder, and Garcia unleashes elbows to his back to stop the attempt.  Eddie goes for a dragon sleeper, but Garcia unleashes with a German suplex.  That leads to a Boston Crab to a sharpshooter, but Kingston gets the ropes to get the ref to break Garcia’s submission hold.  Kingston nails with an exploder suplex that gets a two count, and he signals the Backfist to the crowd.  Kingston tees him up, but Garcia escapes momentarily, but a backdrop suplex stops that and now he travels on a Backfist to the Future (Great Scott!), and its lights out for the Jericho Appreciation Society member.

Your Winner via Pinfall:  Eddie Kingston

After the match, Kingston has a belt and a mic.  He looks like he’ll make Garcia the government mule to be whipped (apologies to Jim Ross) but the Mad King makes him look at the camera and says he’s saving that for his boss Jericho.

a simple and effective way to punk someone out.

As we return to commentary, Starks is with Powerhouse Hobbs and promises that the “Broke a$$ Kenan and Kel” are done for.  He continues that he’s got a check written for them that he’ll cash out.

Honestly, that was a good line.  Now, I need a Good Burger.

Now, Tony Schiavone is with the qualifying women of the Owen Hart Tournament:  Jamie Hayter, Toni Storm, and Dr. Britt Baker, D.M.D.  Baker Says this is her tournament, but Storm interjects and disagrees with the Pittsburgh native.  She faces Hayter and says she’ll see her in the first round.  As for Baker…Well, she wishes her the best.

Mark Henry has Jade Cargill and Marina Shafir with their final words before the match.  Cargill ain’t sweating this and has Mark Sterling answer for her.  Sterling gets a good line about how he’s like Shafir, in that he has a black belt…that he got at Amazon.  But Shafir ain’t playing games and promises the champ she will be her Problem.

Henry notes that enough has been said, so…It’s Time for the Main Event, and it’s for the… 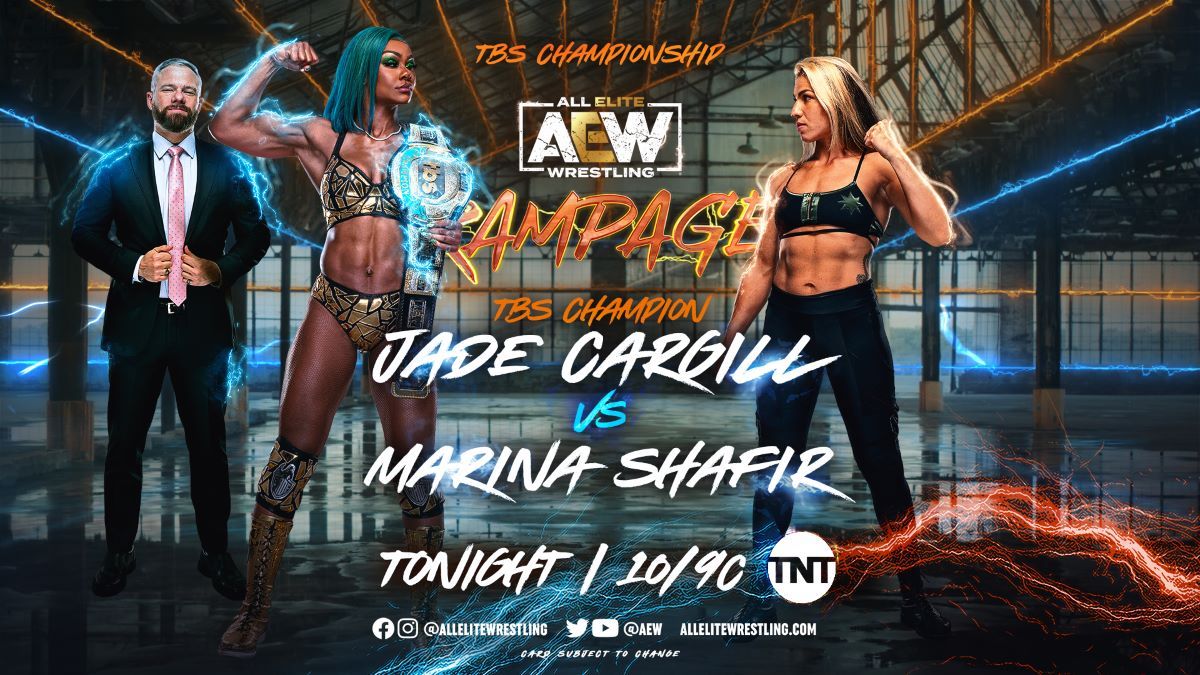 The Baddie Section is in full force at ringside, and Shafir is just laser-focused as she makes her way ringside.  For Cargill, she has an undefeated streak that is in jeopardy from The Problem faced by her latest challenger.  It’s a very physical start between both women that almost borders on a shoot fight.  Cargill clotheslines Shafir over the ropes to outside, and now The Baddies are getting their shots at ringside to the challenger.  Cargill starts toying with Shafir, getting the crossover elbow to the corner, and stacks her up for the two count.  But Shafir responds with a guillotine, and she slams the champ to the mat for her own two count.

During Picture in Picture, Cargill just man…err, womanhandles Shafir and keeps her grounded on the mat.  She suplexes Shafir, but the Problem comes back and counters with a judo throw to a kick to the head.  She gets Cargill in a deep ankle lock to a kneebar, and the champ senses dangers and quickly gets to the ropes to break the submission.  Shafir focuses on crippling the champ, wrapping her leg around the ring post.  Sterling gets in Shafir’s grill, and The Problem slams her hard on the floor.  Cargills is struggling at this point.  The Problem goes to her, but The Baddies distract Shafir, and that’s enough time for Cargill to come back with a bicycle kick.  She scoke slams Shafir to a table at ringside that doesn’t break.  Back in the ring, Cargill goes for a cocky pin on her chest, and Shafir drags her down in a leg bar, but the champ manages to get Shafir in the Jaded (chicken wing facebuster) finisher to pin her for the one, two, and three.

Money rains down on Cargill from the rafters as she on the Baddies celebrate in the ring, as the undefeated streak is maintained, and the show ends.

Solid in-ring action, and the big standouts were Cole/Ishii and Cargill/Shafir.  The latter was fantastic since Shafir was strong during her match, and Cargill utilized some defense on her way to retaining her title.  I hope Shafir is used more in the women’s division of AEW.

For now, See you in seven!