WrestleMania: Musings from the press box 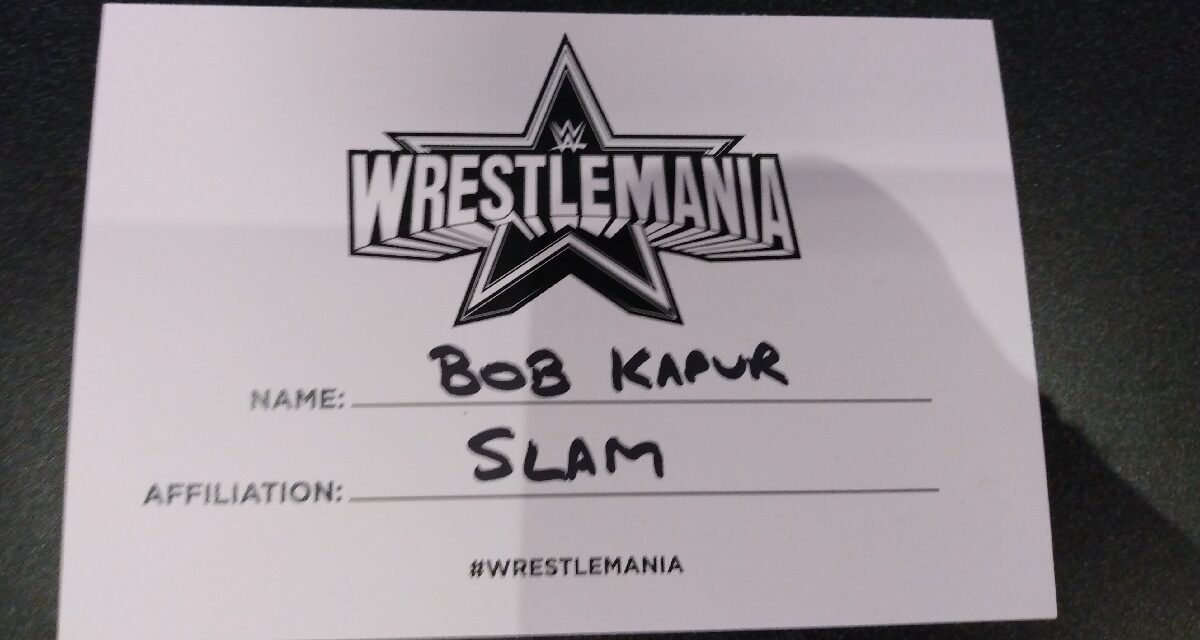 For those of you not familiar, the press box is a section of the arena reserved for media covering the event. Generally — as was the case for WrestleMania — it’s an enclosed area very high up in the arena with seating and certain amenities that allow reporters to cover the event live on the scene. 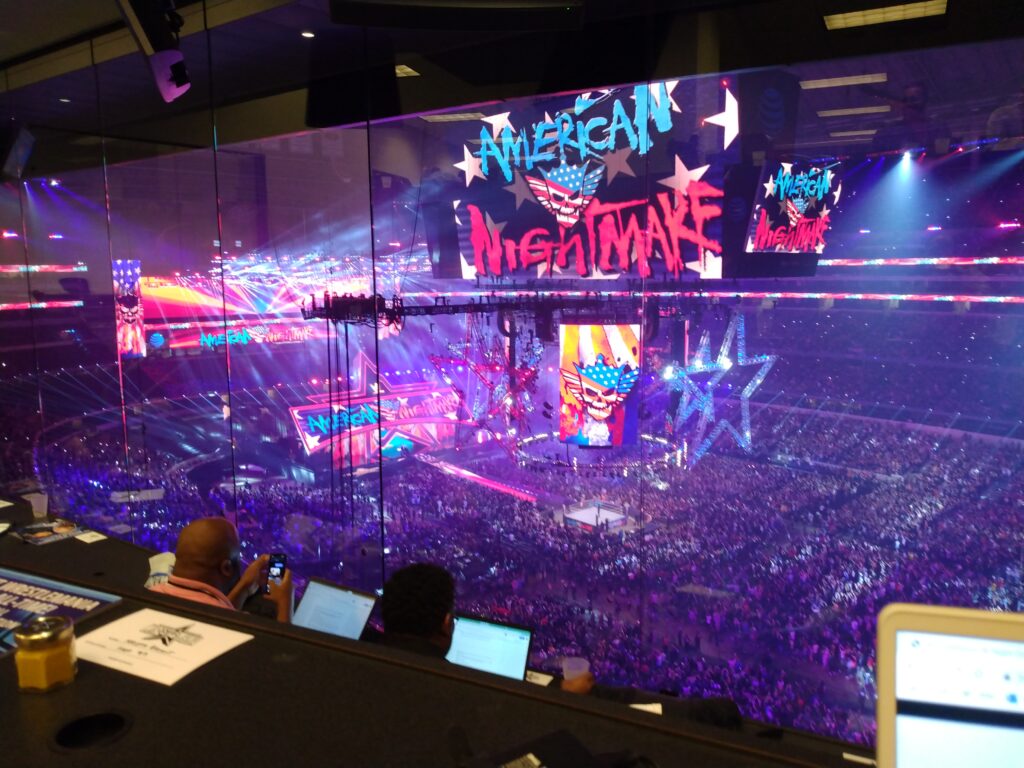 Like I said, it had been a while since I’ve been in the press box. And there were some noticeable changes since the last time.

The first one, well, let’s just get it out in the open: compared to many of the people in there, I’m old. Sure, there were some long-time veterans in there, like our buddy Keith Elliott Greenberg. But a quick look around and the majority of people seemed to be a lot younger than me. Indeed, a few of them told me that they weren’t even born yet when “Stone Cold” Steve Austin wrestled his last match in 2003.

The second one, I’m apparently out of touch. Because it seemed that every other person I spoke with had no idea what “print journalism” is. Rather, many of them were streamers who covered wrestling on the YouTube or some other streaming video. And, yes, there were other veterans there, like Mike Johnson of Pro Wrestling Insider, one of the most credible internet wrestling reporters in the world (and a real “jam up guy”). But when this young woman next to me started talking about Twitch, that’s exactly what my eye started to do out of confusion.

The third one — and this is probably a function of the other two — is that there seems to be a different protocol in the press box than what I was used to. I was taught that traditionally, one does not cheer in the press box. The theory being that the reporter’s job is to cover the story of the event and inform the readers of what’s happening objectively. And, sure, it’s probably an antiquated notion. And, sure, wrestling isn’t a traditional “sport” to which all the rules of sports coverage decorum apply. But I know I wasn’t the only one in there who was surprised to hear our press box companions cheering and booing and chanting “What?” along with the fans in the stands. 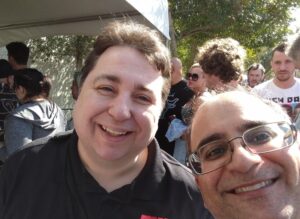 That all being said, there are some things that were exactly the same as I remembered them, and they were quite welcome.

First, the respect and professionalism showed by WWE and the venue staff. They really went out of their way to welcome us and treat us with respect and gratitude for traveling to the event and giving it some ink (or views, or whatever the modern equivalent is). Having dealt with WWE’s media team for several years, we can see what a grind it is for them, especially on a week / weekend as busy as WrestleMania. You can see it in their eyes how much pressure they’re under to make sure things go without a hitch. And once again, they did it with aplomb.

Second, and this is the measuring stick that I consider the most important: the catering that’s provided. WWE typically puts on a great spread for the media, and Saturday night was no exception. The buffet included: sliced pork sandwiches; roast chicken with chipotle honey marinade; hot dogs, chicken tenders; beef sliders (soooo delicious); mashed potatoes; and “Cowboys” mac and cheese; there were also some salad and vegetables, too, if that’s your thing. Everything was absolutely delicious. And though part of me hoped that there would be some authentic Texas BBQ on the menu — well, fingers crossed for Sunday.

In the end, covering wrestling for a site like SlamWrestling.net is a privilege and it’s something I know I’m lucky to get the chance to do. Being in the press box with colleagues new and old, trying to convey to readers what the live experience was like, that’s something that’s very important to me. Having returned this year reminded me of how much I enjoy the experience. And I’m already looking ahead to next year, hoping I can do it again at WrestleMania 39 in Los Angeles.