Impact: Josh Alexander is the focus as he challenges Moose 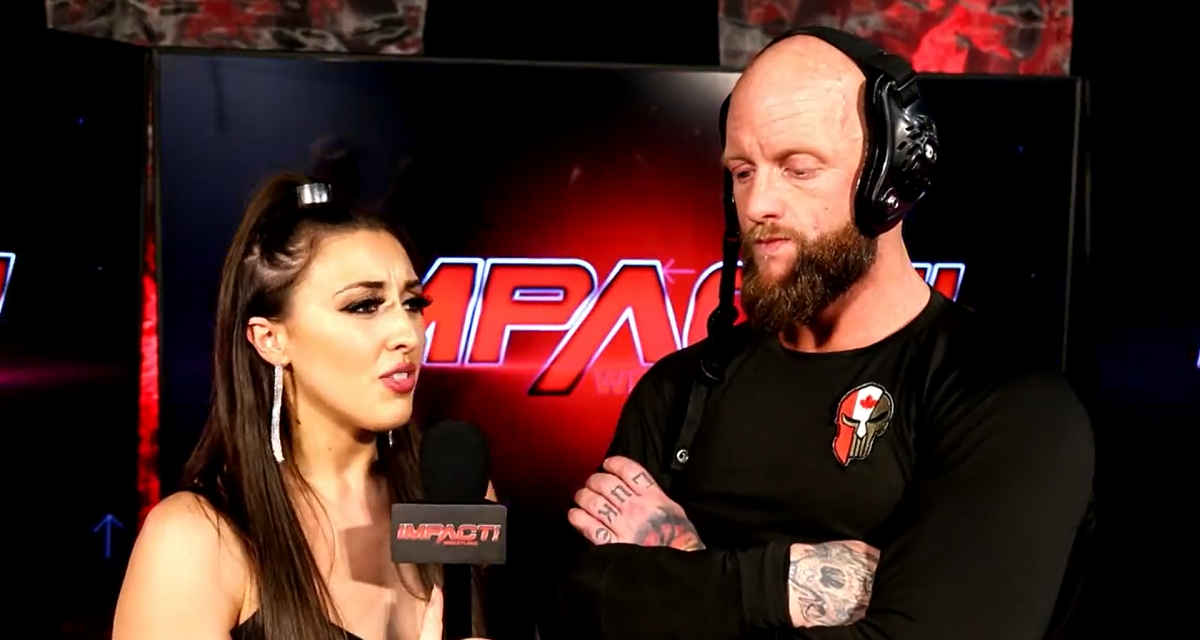 This match was exactly what you would expect from these combinations.  The match would be considered a spot fest BUT this was a relly well done back and forth contest. The end of the match saw Shelley catch Bey and hit him with a dragonscrew. Forearm from Bey into Shelley. Shelley takes control he sets Jay White up and drops Bey and Jay with simultaneous moves with the help of Sabin. Sabin with a neck breaker to Bey and Shelley hits a cross body. They hit skull and bones and get the huge win!

Santino is on commentary for this match. This match was exactly what we would expect from these two men…a hard hitting affair. Maclin with a headbutt from the top but Rhino moves out of the way. The crowd chants for Rhino to get to his feet and finally he does. Maclin with the quick counter and hits him with an olympic slam, that Tom called a belly to back suplex, maybe it was and I saw it wrong. Maclin looking for a suplex but Rhino blocks it and hits one of his own. The crowd chants for the Gore and Maclin quickly hits Rhino with a knee in the corner and drops him with a spear and ends up getting the win!

There was a promo with the inspiration. Kaleb is put on notice by the group….This is quite interesting and I look forward to where this is eventually going…

Unfortunately this match was mediocre at best. The crowd was not into this match at all. Larry goes for a clothesline in the corner but Gujar blocks it, he goes for one of his own and is sent onto the apron. Gujar climbs to the top turnbuckle, Larry D tries for a superplex. Gujar fights out with headbutts and sends Larry into the ring. Gujar with the corner spear as he was able to get the big W!

After the match Morrisey heads to ringside to once again beat up Meyers who runs to the back. Raj tries to celebrate with Gujar but he sends him to the outside. Raj runs into W. Morrisey who hits him with a powerbomb through the table.

Ace Austin tells Mike Bailey he’s excited for him to have his back so he can become X-Division world champion again. Mike Bailey says he is as well because he’s certain ONE OF THEM will become champion. Ace is skeptical of his wording before walking off. I like how they’re building this up with these two.

Honor No More are backstage and they confront Josh Alexander. Kenny King tells him to sleep with one eye open. Taven says they came to Impact and took what they wanted, whether it’s the tag titles or the world title it doesn’t matter. Alisha Edwards comes up and Taven tells him to keep his girl in check. Alisha tells Taven he can’t beat Josh because he’s the one who brought the title back to Impact at Bound for Glory. Eddie says thats fine she chose Impact. Alisha says it’s a bullshit ultimatum, she says she chose Impact over Honor No More but he’s still her husband and he doesn’t want to see her go down the wrong path. Eddie says he’s not going down the wrong path Impact is.

This match could have been epic but unfortunately due to TV time it was restricted. The end of the match saw Deonna to the top rope but Lady Frost cuts her off and hits a suplex. Shaw with a superkick on Frost and and gets such a close 2 pin. Shaw puts her attention on Frost but ends up taking an impressive move combo. Frost heads to the top rope and hits the blockbuster on Shaw. Deonna who was scheming the entire match took this opportunity and ran back into the ring and hits a piledriver on Frost. Purazzo ends up going for a pin and the win to retain her belt!

Gia Miller is backstage with Josh Alexander and asks about his upcoming match with Taven. Alexander says he’s going to take care of Taven tonight and then set his sights on Moose and his Impact title. As reminder, Moose has yet to sign the contract…

Good brothers get their rematch with Violence by Design for the Tag Titles next week. There will be Lumberjacks! I wonder what this means…

This was a squash if I’ve ever seen one. Jonah won in one minute with his splash.

We seem to be continuing the Jonah vs PCO program as PCO was in and out of this match.

They show a video of Tasha Steelz ambushing Mickie at her own concert before cutting to the backstage with Mickie and Gia to ask about Mickie’s upcoming streetfight. Mickie says she will give Tasha the asskicking her mama never gave her. Chelsea tells Mickie she needs to be in her corner but Mickie says it’s not necessary. Chelsea says she knows she’s a legend but begs her to let her help. Mickie tells Chelsea she’s hurt so she can’t have her at ringside because it’s not worth it. Mickie says she will become the new Knockouts champion and tells her to trust her.

Masha with a heel kick to the back of Arie’s head. Masha lifts Arie up and hits her with the snowplow before covering for the victory in about a minute….

ICYMI: @mashaslamovich hits a spinning heel kick in the corner, followed by the Snow Plow to score another dominant victory!#IMPACTONAXSTV pic.twitter.com/X41KaFWBKw

Zicky’s backstage with Gia Miller and says he doesn’t understand what is going on with his career. He has the look, the body and charisma but there’s a hole in his game, maybe he just sucks as a wrestler. He says Brian Meyers tried to help him, but he needs someplace to help. Gia tells him to try a wrestling school.

This was a really great back and forth. There were multiple times I really thought Taven could’ve taken it even though it makes the most sense for Josh to win. Taven looks for the climax but Josh fights out and locks in the ankle lock. Taven crawls to the ropes and forces the break. Taven hangs up Josh’s arm on the top ropes and heads to the top. Josh catches him up top with a superplex, he rolls right into the c4 spike. Josh Alexander with the huge win!

Moose shows up at Josh Alexander’s house to hand his wife the contract for the Impact Championship match. Moose tells his wife that he was on the way to the Anthem offices and figured since they live close they can deliver the contract for him. He talks to Josh’s son and tells him to give him a message for him and says he’ll see him soon before walking off.

The show overall delivered. While there may have been too many squash matches for one TV show, the show is setting up a huge collision between Josh Alexander and Moose. Some would say that this match is the perfect combo of a face versus a heel. All the TV time is building to this epic match…