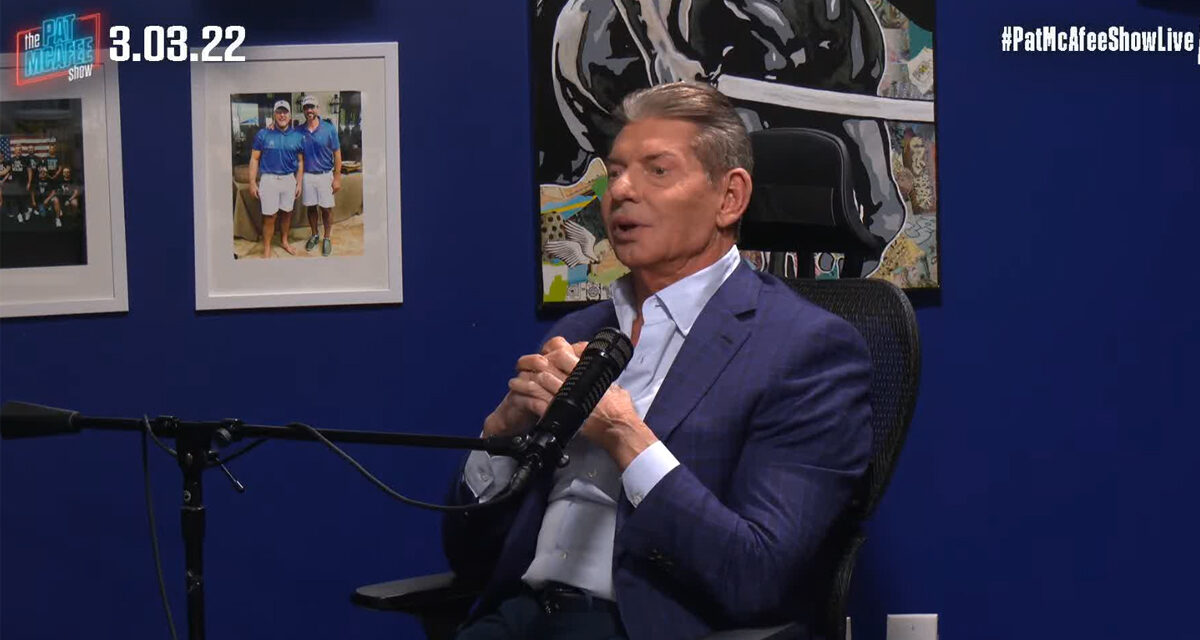 Everyone thought it would be just a wrestling angle but it really wasn’t.

Vince McMahon, the chairman and chief executive officer of WWE himself appeared on Pat McAfee’s YouTube show in what turned out to be a somewhat revealing, down to earth, sit down interview with the wrestling icon rather than the WWE pushing any kind of WWE or WrestleMania storyline as they did when Adam Cole appeared.

Well, to be honest, there was a little bit of that. McMahon did announce that he himself would be inducting The Undertaker into the WWE Hall of Fame and he also offered McAfee at match at WrestleMania.

McMahon said inducting The Undertaker would be one of the hardest things he has ever done. McAfee asked him why. 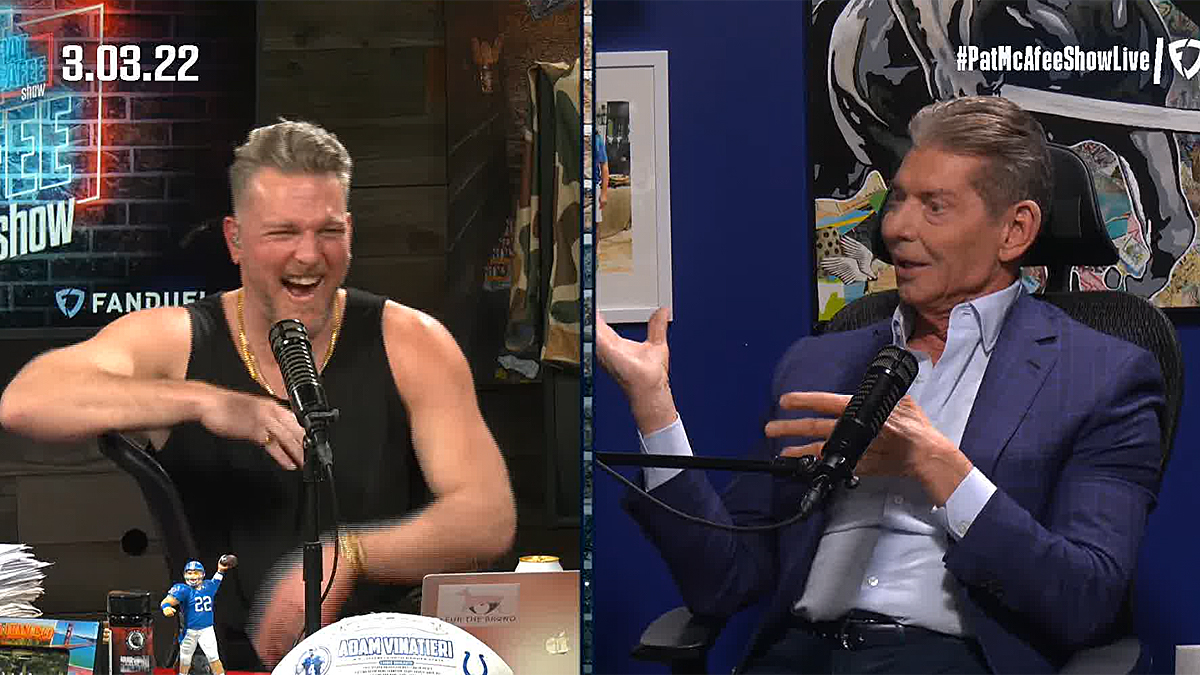 “Because I love the guy. We have known each other for so many years. We have been through so many kinds of situations, some we were glad didn’t make the newspapers, (laughs) but when you live on the road like that, man, you have to have a family. You have to have people you can count on, you rely on them. They are loyal and trustworthy, you don’t have to look over your shoulder. He was that kind of guy. He is an extraordinary human being. He is one of the all-time greats in the ring,” said McMahon revealing that during the infamous Monday Night Wars, he and The Undertaker never had a conversation about him possibly working anywhere else than the WWE.

Although his opponent was not named McMahon penciled McAfee in for WrestleMania. McAfee said he was honoured. McMahon told McAfee he saw the ring he has set up outside and was impressed by it and that McAfee continues training.

“We will find some worthy opponent for you in the ring,” is all McMahon would say about who McAfee would be facing.

Pssst. It is probably Austin Theory

For most of the conversation, McMahon was asked questions about the industry. McMahon gave a lot of business advice like what to do if you are late for a meeting or how to read a room and people, how to negotiate deals, but he did touch on some personal subjects.

About the future of the WWE itself McMahon was sure that his legacy will continue on…even if his family wasn’t involved with the company any longer.

“If you have built something you want it to continue on, prosper and grow whether that is with a family or without a family member. My view is the business is best for everyone whether you are a part of it or you are not a part of it. You have to treat it as such. You have to be objective and look at family members just as you would other employees. Quite frankly, I probably expected more of my family members. You have to do what’s right for the business. If THIS person is not working out then they shouldn’t be part of the company,” said McMahon also stating that going public with the WWE made him a better businessman because being responsible to shareholders took some of the emotion out of some of the business decisions he has had to make.

McMahon also related an astounding story told to him by Jim Ross about what was said after a meeting between Bill Watts and a gathering of NWA promoters back in the day when McMahon was “invading” their territories. Ross was not a part of the meeting. Taking care of business in a bathroom stall, he overheard a very insidious conversation though between some of those promoters.

McMahon was not surprised at what Ross told him but when he told him.

“He told me about it five years after he came to work for me I said…Jim, you could have told me this earlier,” he laughed.

In a candidly emotional moment the 76-year-old McMahon spoke about hoping he receives at least one wish when that fateful day nears or arrives.

“If I get hit by a bus today I want one second before I kick off to say thank you to everyone, for the opportunity to live in this country, all of it. You just want to be thankful that you were alive and also appreciate the fact that you are alive,” he said.