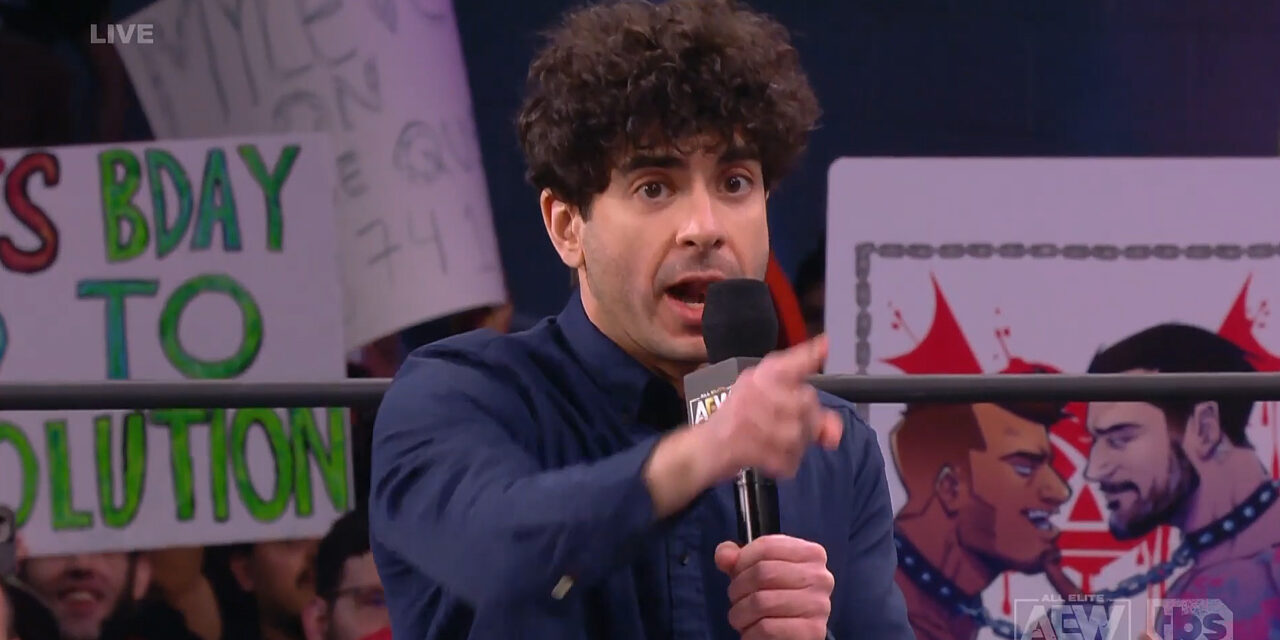 He said it was a BIG announcement and he wasn’t kidding.

On AEW Dynamite tonight, Tony Khan, the co-owner, president and CEO of All Elite Wrestling announced that he has agreed to acquire the assets of Ring of Honor Wrestling Entertainment, LLC from Sinclair Broadcast Group.

In a press release, Khan expanded upon the news.

“Ring of Honor’s influence on modern professional wrestling is etched permanently in the history books, and this acquisition ensures that its legacy will be kept alive and treated with the
utmost respect,” said he said. “This deal adds thousands of hours of content to our rapidly growing library and creates new opportunities to expand our footprint on a national and global scale, while having the potential to produce new content under the ROH banner. I will immediately begin exploring opportunities to make ROH’s video library available to fans, who’ll have the opportunity to witness the beginnings of the careers of some of AEW’s biggest stars.”

“Ring of Honor has produced some of the best professional wrestlers over the past 20 years, but more importantly, it created a family. I will be forever grateful to everyone in the ROH family who has worked tirelessly for the past two decades to take ROH to levels previously unimagined,” said Joe Koff, Chief Operating Officer, Ring of Honor Wrestling. “Tony has the utmost appreciation and respect for Ring of Honor, and I’m truly excited to see how he continues the legacy.”

After being in business for 20 years, RoH announced in 2021 that the company would be going on a hiatus after their Final Battle event and returning the following April. All talent and employees were released from their contracts.

ROH World Champion Jonathan Gresham has continued defending the belt in various promotions such as Impact Wrestling. In fact, Honor No More, a group of rag tag former RoH wrestlers has invaded the company winning their right to stay there at the No Surrender show when Vincent, Matt Taven, PCO, Mike Bennett and Kenny King defeated the Impact team of Rich Swann, Rhino, Willie Mack, Chris Sabin and Steve Maclin.

RoH is slated to relaunch on April 1st with their Supercard of Honor XV event in Garland, Texas.