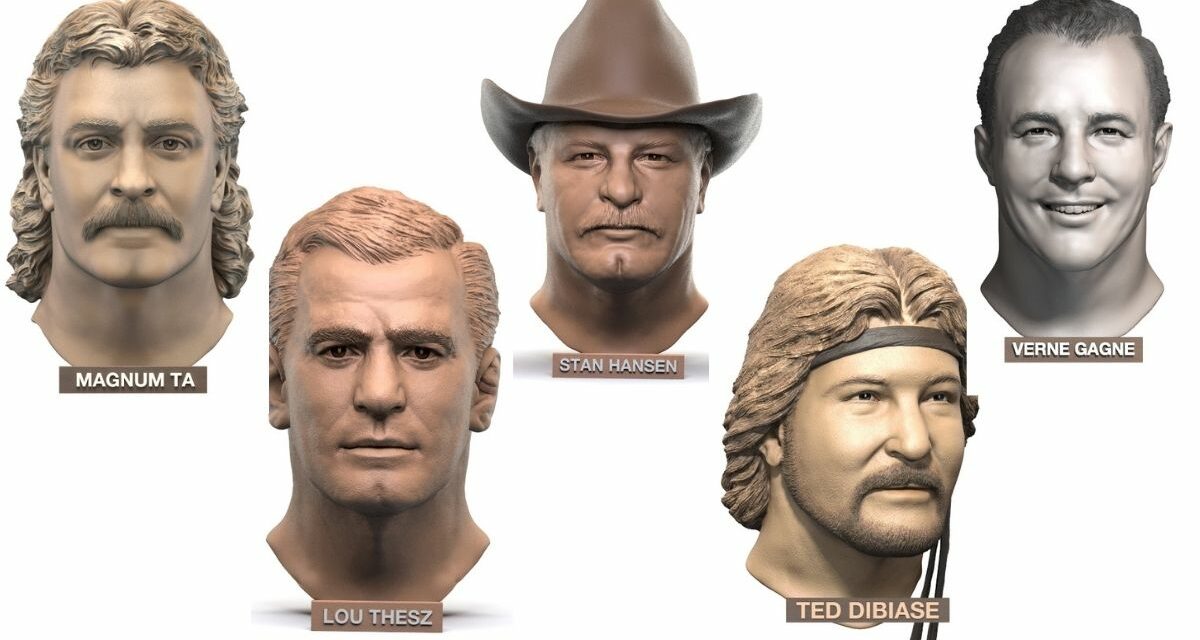 An out of the blue call has brought the original creators, Steve Rosenthal and Greg Gagne, back together, with an about-to-launch toy line, under the PowerTown brand.

Under the tagline “Where Wrestling Lives On,” PowerTown is promising “more than 150 wrestling personalities including many that have never been issued as limited edition action figures.”

The announcement, on February 23, comes just before a public launch of the PowerTown line at a virtual toy fair out of Las Vegas.

Rosenthal actually approached the then-World Wrestling Federation about creating figures when Hulkamania was about to run wild over the country, but was rebuffed. So he went to the AWA.

“So he came to us, and did the first wrestling action figures for about eight years, then he retired,” explained Greg Gagne to SlamWrestling.net in an exclusive interview. “Then a few months ago, he called me and said, ‘Hey, I’d like to get back into action figure business.'”

The two old collaborators began brainstorming. “We came up with the idea of doing collectibles, starting with the talent from the 1950s down through the ’90s that really never had the opportunity” to have figures, said Gagne.

“Collectors and fans alike are going to be excited to now have access to our exclusive limited-edition wrestling figures,” Rosenthal said in a press release. “We believe it will be the most comprehensive line of legacy wrestling action figures collectibles ever launched and I am thrilled to be back in the wrestling action figure business after my success at Remco.”

According to the press release, “The team has spent the last several months signing licensing agreements with legendary wrestlers and their families while working with the best sculptors, toy designers, and manufacturing partners to develop an incredible line of high-quality legacy collectibles.” Gagne noted the PowerTown figures will have more articulation than most currently-produced wrestling figures.

The first six are pro wrestling royalty, with one that is particularly special to Greg Gagne: Lou Thesz, Verne Gagne, Stan Hansen, Magnum T.A., Kerry Von Erich and Ted DiBiase. “We actually took Lou and Verne back from the ’50s … with hair and with robes,” chuckled Gagne.

With his own figure in the original Series 1 of the Remco Toys AWA All-Star Wrestling action figures launch — paired with Jim Brunzell as the High Flyers — Gagne knows the Remco line has resonated. Why? “They were the first,” he reminded, noting that rare figures, like Nord the Barbarian have sold for good money –$1,700 — online. 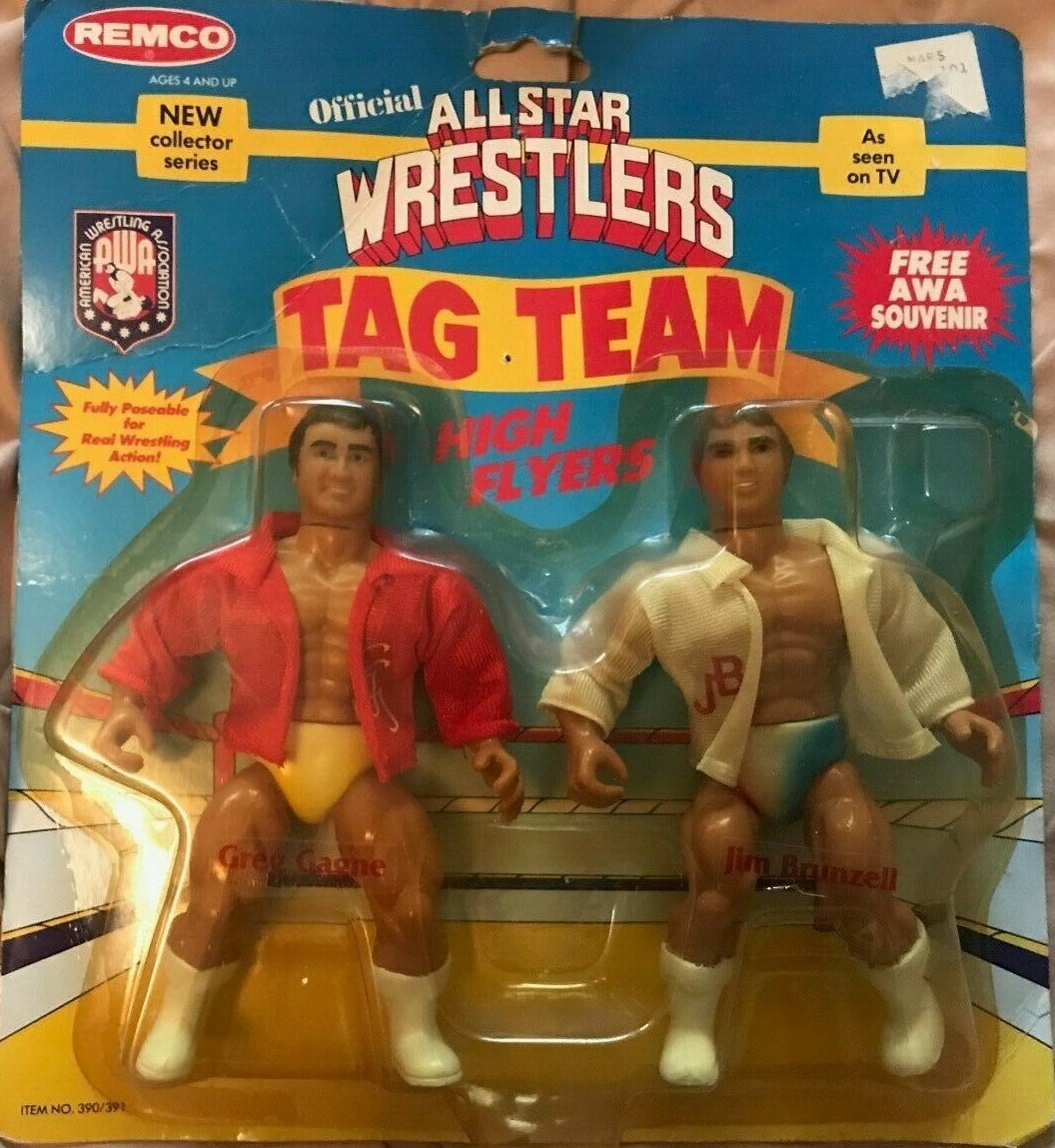 Rosenthal, who serves as Managing Partner of Relativity Worldwide LLC, came out of retirement to undertake this initiative with Gagne. “When presented with the opportunity to work with Greg Gagne and an incredible group of professionals including wrestling legend Terry ‘Magnum TA’ Allen, it was simply too enticing to pass up,” Rosenthal said in the press release. “To now have success with Verne’s son Greg is an honor and something that I am sure his dad and the entire wrestling community would and will be proud of.”

No exact date of availability was announced for Series 1, though the PowerTown figures are expected to be available both online and in select retail stores.

Gagne has been on the phone constantly for months, hunting down old friends, and family of lost wrestlers, ably assisted by the well connected Sal Corrente. While it’s been great catching up — an hour on the phone with the Mighty Atlas’ grandson, just hearing stories, is one example — to Gagne, it’s an opportunity to give back. “That’s what it’s all about. It’s taking care of a lot of people,” Gagne said.

It might not big money off the bat, but the hope is that the PowerTown brand will catch on and provide a little income for those who need it.

It’s a long list of names coming, not all of which can be revealed quite yet. “We’d like to have the midgets, the females, we’ve got the characters, we’ve got the pure wrestlers,” Gagne said.

The old connections matter. One name that Gagne will reveal has been away from the pro wrestling world forever — “Cowboy” Bobby Duncum. “He’s been a good friend. He said, ‘I would only do anything for you and your dad. ‘ So got him on board,” said Gagne, noting it’ll be a package deal with Duncum and his two sons, Duane who played and coached football, and his late son, Bobby Duncum Jr.

The whole idea is that it will be more than just the action figure, added Gagne. They want to be able to tell stories, about who these wrestlers were. There will be associated websites, merchandise, and even licensed film clips.

With many different companies competing in the wrestling action figure world, including some that have done retro feel figures, the re-teaming of Rosenthal and Gagne as PowerTown, is a reminder of who started it all.