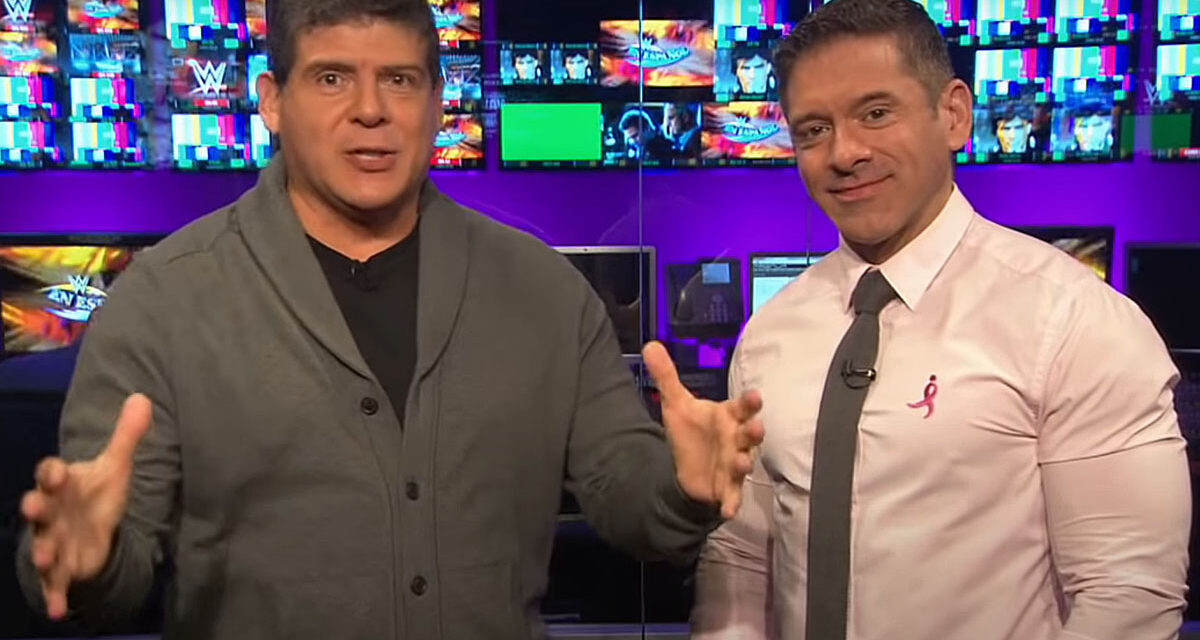 PWInsider is reporting that long-time Spanish-language commentator Carlos Cabrera is no longer with the WWE.

He had been working for the WWE for 30 years as the voice of the WWE on Raw, Smackdown and pay-per-view shows.

There is no word on why Cabrera was let go.

Cabrera began his career as a reporter and a radio personality in Spain.

For quite some time in the WWE the destruction of the Spanish announce team’s table was a running gag. The very first time it was reduced to splinters was during the 1995 Survivor Series in which Bret Hart fought Diesel in a No Disqualification Match.

“Nowadays, we have a little more room to move but at that time the barrier was very close to my back so I was trapped. I didn’t have enough room to move away from the table and my knee got clipped!” Cabrera told WWE.com

Cabrera explained that Mick Foley’s fall off the Hell in a Cell was the craziest hit the Spanish announce table ever took.

“At that moment, I was frozen for a fraction of a second,” Cabrera remembered. “And when he smashed into the table, the sound was tremendous.”

During his career Cabrera has won ACE Awards for both Radio and TV.