Mat Matters: The Rhodes not taken 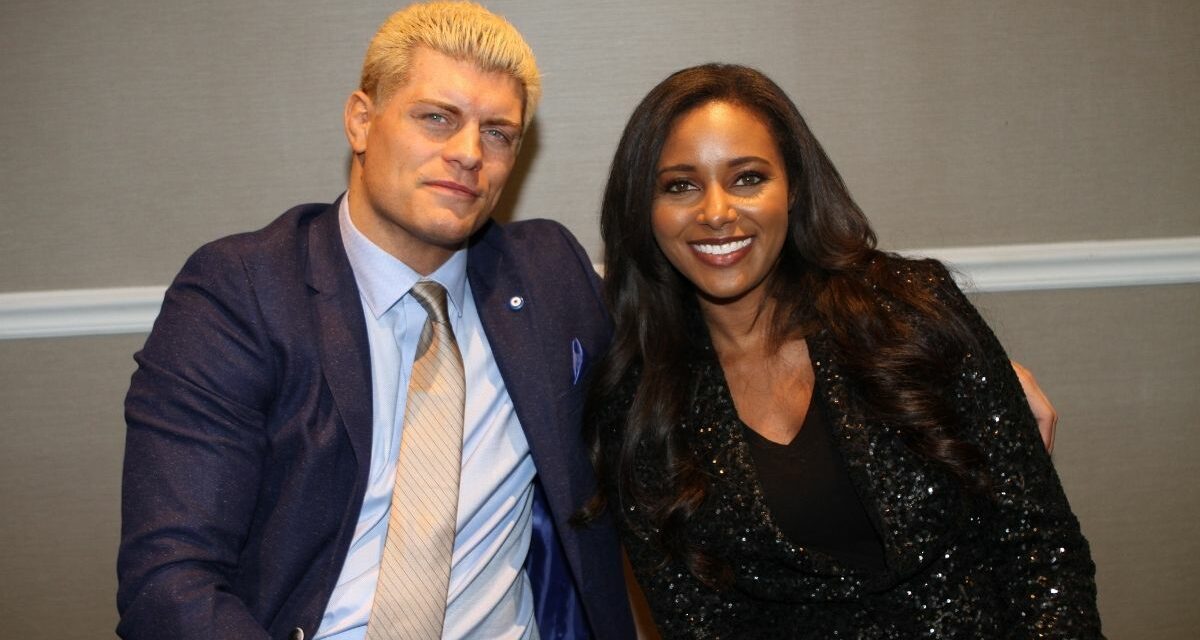 Apologies for going all Robert Frost on you with the headline, but it feels as appropriate as any poem to convey what will now happen to Cody and Brandi Rhodes, as they leave All Elite Wrestling.

There are so many questions that leave fans wondering why the power couple of professional wrestling are leaving behind a life they have forged with the promotion, especial as the Executive VP and Chief Branding Officer respectively.  For all intents and purposes, the Rhodes’ have been the face of the fledgling company, so why leave now?

If you want to believe the rumors, Cody hasn’t been getting along with people backstage and relations with AEW owner Tony Khan has been strained, to say the least, even though he has been a great ambassador for AEW, appearing at all sorts of media events.

As for Brandi, her role in the ring and behind the scenes has been somewhat uneven. While she has championed causes of inclusivity and diversity programs, and worked with non-profits like the American Heart Association to great success, there are areas where she has fallen flat; specifically, the launch of AEW’s “Heels” platform targeted at female fans. It also didn’t help that when she encountered criticism by fans she chose that opportunity to react through Twitter.

(And for the record, can we all agree that “rage tweeting” is not the best way to have a healthy and thoughtful dialogue, if someone disagrees with your way of thinking? I ascribe to the Mark Twain quote, “Never argue with a fool. Onlookers may not be able to tell the difference.”)

Ah, but that is advice that may be too little and too late, and I just hit two literary quotes in as many minutes reading this drivel. So, let’s get down to brass tacks, shall we? What avenues are available for the Rhodes family at this point?

If you follow places like TMZ, the prevailing thought is that Cody is headed back to WWE. In the world of professional wrestling, the mindset is “never say never” — even when the last company you were with has burned you at one opportunity after another. 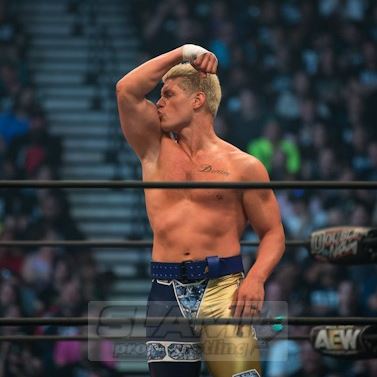 But, then again, time heals all wounds, and the WWE could use some fresh life, especially as WrestleMania is around the corner. Cody and Brandi can come in as a package deal (and gods willing, creative doesn’t completely screw the pooch, as I say this in perfect f***ing French), and they could be a power couple to be inserted in the top spot to championship gold.

There are other places the Rhodes family can go in the wrestle scape, if you still want to follow that trope. While it is not outside the realm that Cody and Brandi could head back to places like Ring of Honor or the National Wrestling Alliance to add to the roster or title picture, respectively, it may not add to the promotions in the long term. But in the short term, it will put eyeballs to those promotions that could use the star power.

If this is indeed, a work (as the kids say), and they end up not leaving AEW but try a “hostile takeover” of the promotion… then I say, “Eh, it’s been done.” But doing that move in another promotion? That might have legs to it.

Let’s not forget, though, that Cody and Brandi both have lives outside of wrestling, and that is the reality of it (if you pardon the pun, as the mescal switches gears on me, and it’s going into full “Dad Jokes” mode).

No, really. There is the reality show Rhodes to the Top, which gave viewers backstage access to their lives — in the ring and behind the scenes at AEW. Now, the ratings are OK, as the show averaged 360,000 viewers with a 0.15 rating in the key 18-49 demographic. Compare that to reality shows like Miz & Mrs. or even (ugh!) Total Bellas where their numbers are on average 769,346 and 613,875 viewers over a total of two season. 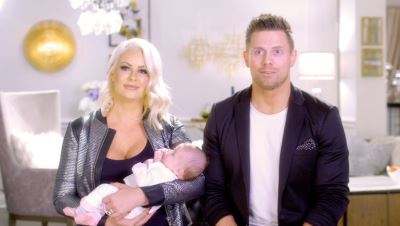 Who watches Miz & Mrs.? More people than Rhodes to the Top.

(Side note:  If you’re surprised that many people watch Miz’s reality show, trust me; you’re not alone. It’s stuff like that that make me wonder less why society is crashing harder that a Shockmaster intro through a wall.)

But, this can benefit the Rhodes duo, because depending if this is filmed for a second season, we may get more inside information on what led to the decision to depart the promotion where the Forbidden Door was flung wide open.  It may not be as tantalizing or as scandalous as a Real Housewives of SLC way, but that’s wouldn’t be a bad thing. 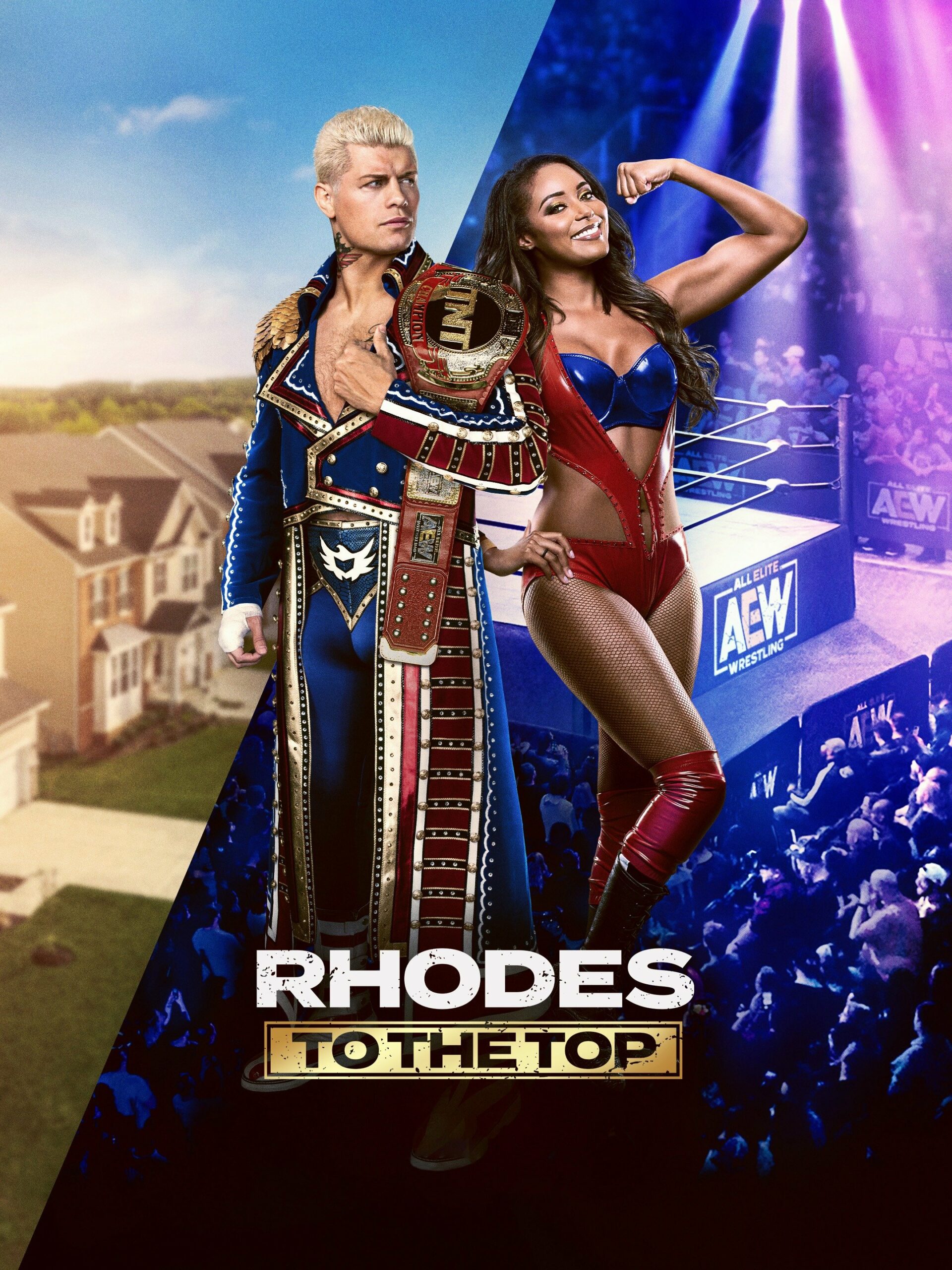 Another thought is that maybe Cody is winding down his wrestling career. He is, after all, a judge/panelist on the TBS show Go Big, and watching others do risky moves whilst he watches from afar chatting it up with Snoop Dogg and Rosario Dawson, that ain’t a bad gig to have. Also, he had acted before in show like Arrow, so maybe Cody returns to focus on that side as a career. Regardless, the grandson of a plumber has Dusty Rhodes’ knack for putting his full efforts into one thing and turning it to gold.

Brandi’s future is a little murkier. I don’t know what her future looks through my crystal ball (which doesn’t happen to be compatible with Windows 11… but, I digress), but she’s also multi-talented, having been a news reporter and correspondent in a previous life prior to entering the world of the squared circle. I don’t know if a management position in the entertainment industry would work, but if she reins in the Twitter response to every Tom, Dick, and Yahoo, then I think she would be a perfect fit.

At this point, there is no knowing which way the Rhodes’ fortunes are blowing.  But if you follow their careers in the last decade, they truly have embodied the Frost poem, which goes:

Two roads diverged in a wood, and I,

I took the one less traveled by.

And that has made all the difference.

TOP PHOTO: Cody and Brandi Rhodes in simpler times, in November 2018 — before AEW, before the neck tattoo, before having a baby. Photo by George Tahinos, georgetahinos.smugmug.com