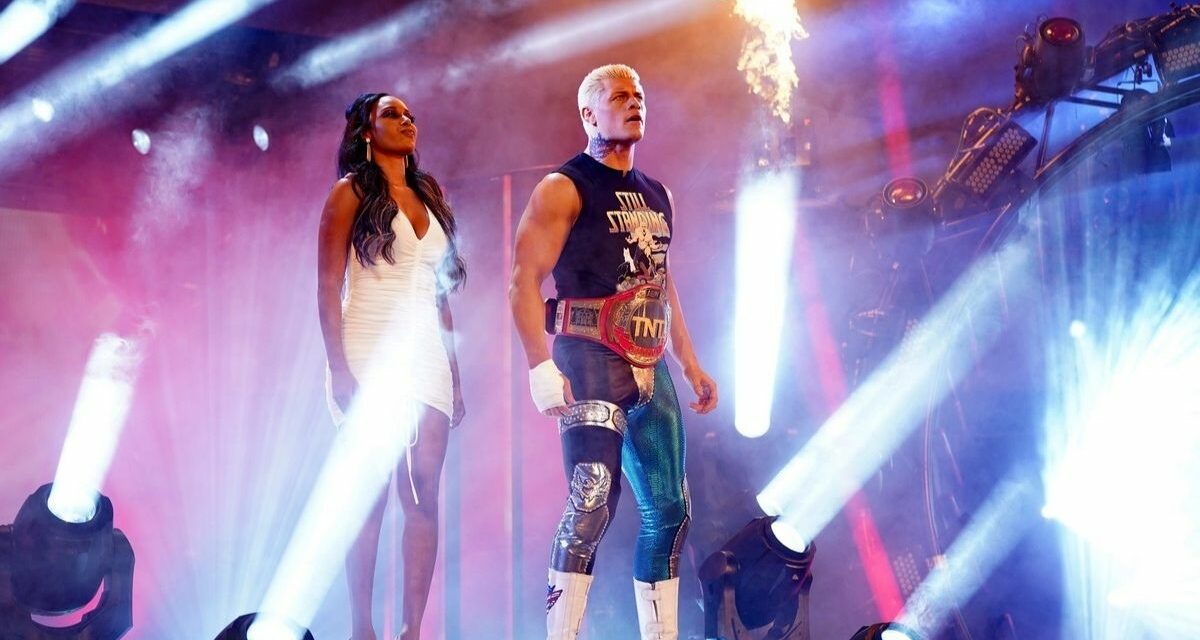 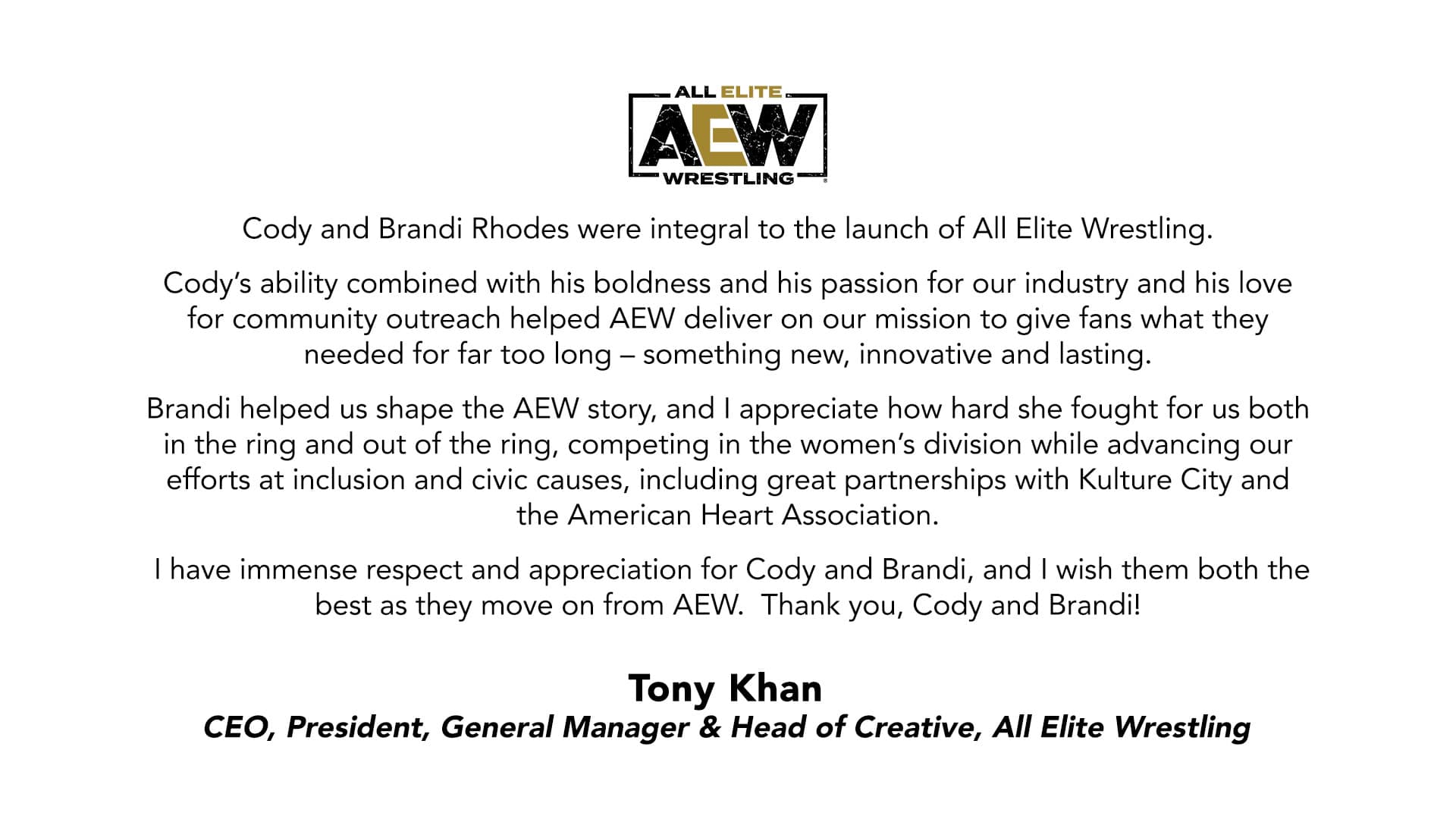 Speculation is that Cody Rhodes could be headed back to WWE.

Cody Rhodes released his own statement on Tuesday as well: 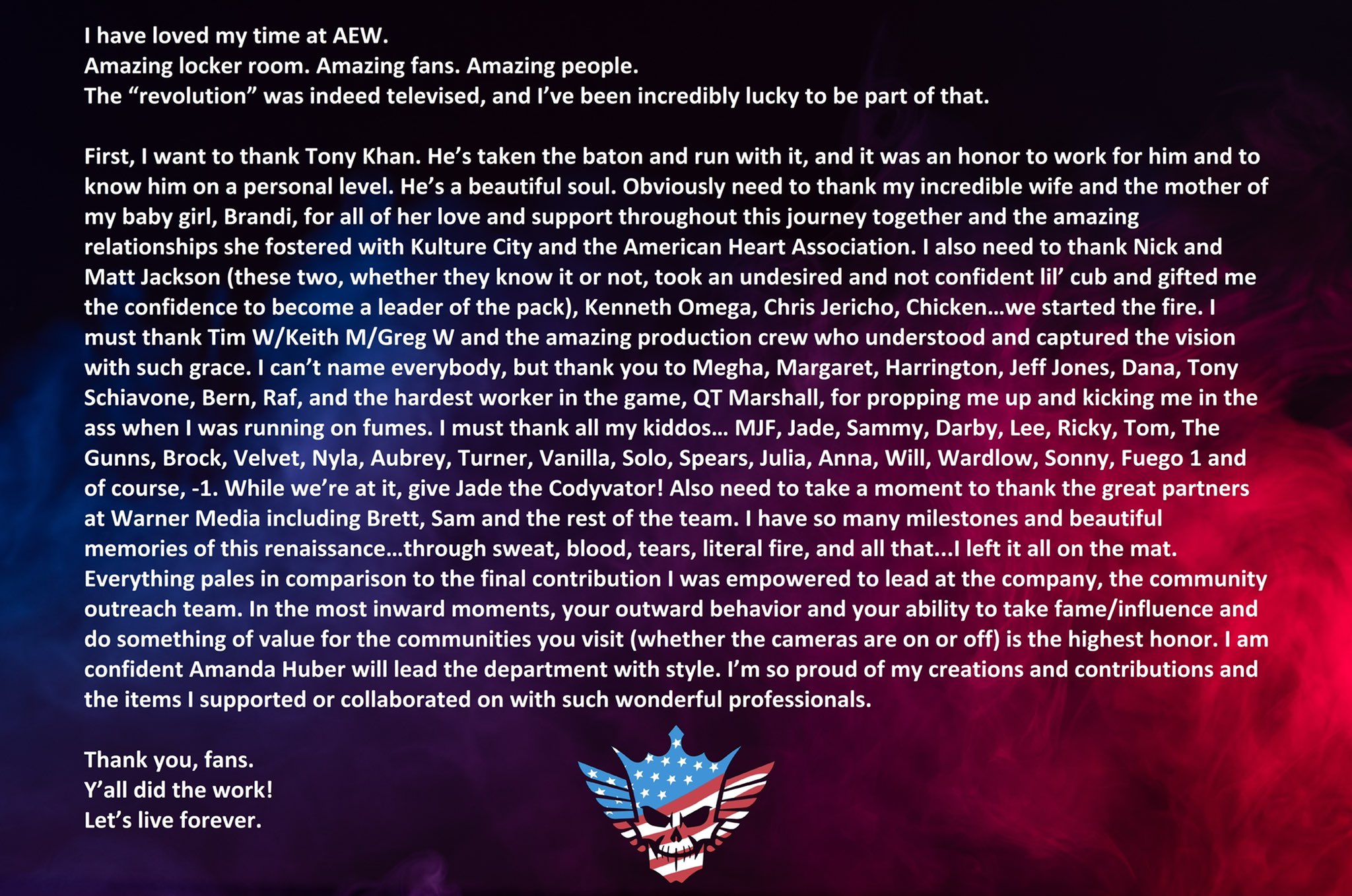 The split from AEW seems to be a snap decision as on a recent episode of Dynamite, Brandi had an angle with Paige Van Zant from America’s Top Team, and, going back and listening to the promo Dan Lambert cut on Brandi, it could be considered a shoot. That angle is now left hanging in the air.

Cody also cut an odd promo after losing the TNT Championship to Sammy Guevara, has been booed by fans even though he hasn’t turned heel and rumour has it, hasn’t been getting along with management or the locker room for some time.

Brandi Rhodes also released a statement. Brandi was not only an on-air, in-ring talent but also AEW’s Chief Brand Officer. 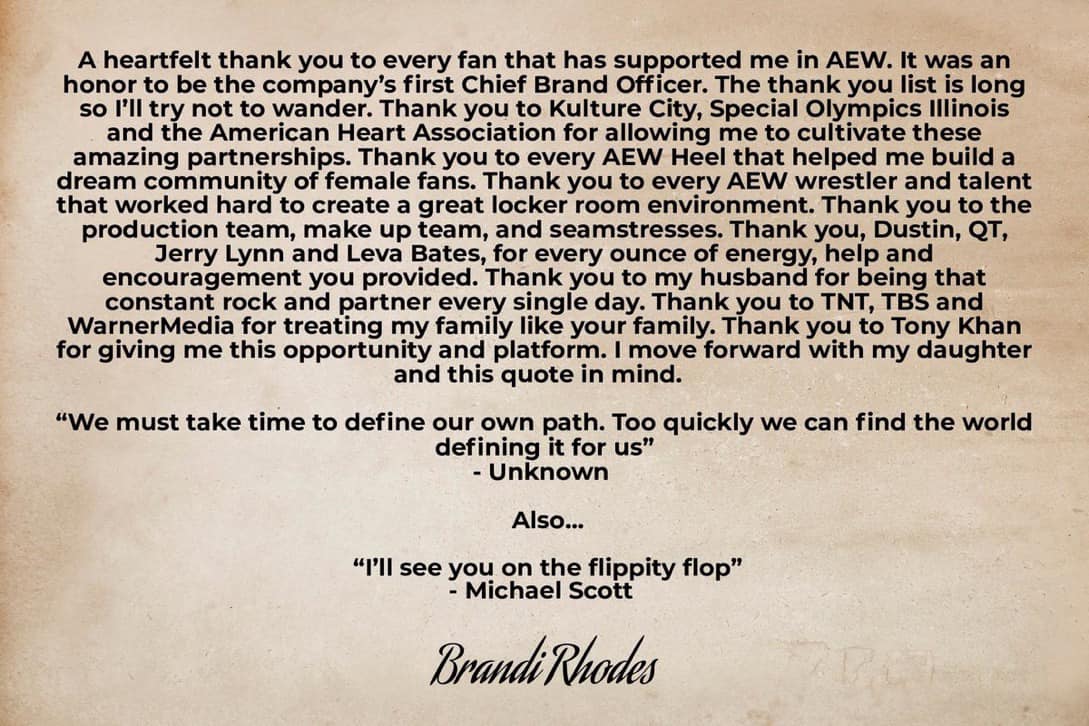 Brandi and Cody welcomed their first child, Liberty Iris Runnels, on Friday, June 18, 2021 and are the stars of the reality show Rhodes to the Top. No word on the fate of Cody’s brother Dustin, who seems to be still with the company and has been coaching talent behind the scenes while appearing on TV sporadically.