NXT: Dolph Ziggler shows up and shows off 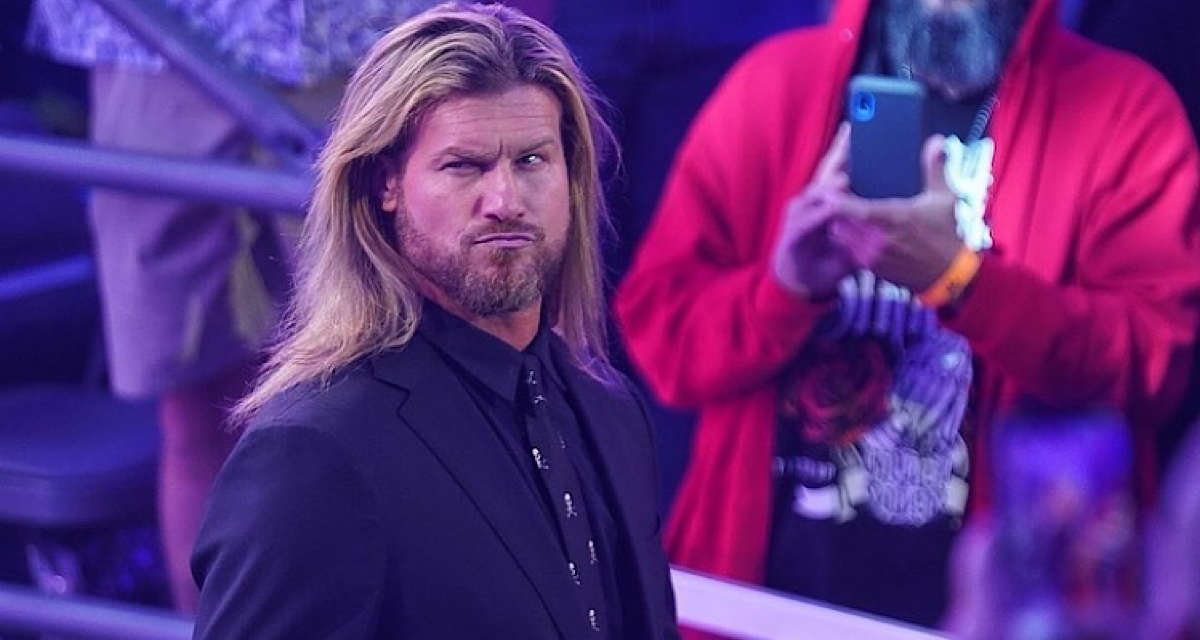 As the 2022 Winter Olympics continue on, tonight’s commercial-reduced episode of NXT was broadcasted on the Syfy network. Leading up to next week’s Vengeance Day event, two great Dusty Rhodes Tag Team Classic semifinal matches were held, and championship matches were hyped. And in particular, the NXT Championship scene got a little more interesting with the appearance of Monday Night Raw’s Dolph Ziggler — who finally lived up to his catchphrase of stealing the show and showing off.

Diamond Mine’s Creed Brothers initiate the matchup by attacking Zack Gibson and James Drake mid-promo, but Brutus is taken out under the exposed ring apron. GYV targets the injured lungs until Julius makes the comeback. He powers out of a suicide dive and Doomsday Device, tagging back the injured Brutus. The Creed Brothers and GYV respectively receive amazing crowd support and opposition, and the audience explodes after a step-up superplex by Julius. The Diamond Mine boys capture the victory in a breakout performance as fan favorites, heading into the Dusty Rhodes Tag Team Classic finals.

Choo and Amari Miller went shopping with Stratton’s stolen credit card preceding tonight’s match. Choo is lively this week, and her wrestling chops are surprisingly solid when she isn’t snoozing. Stratton gets upset over breaking a nail, but she’s conversely very athletic, hitting a twisting splash for three.

After last week’s loss, Draco Anthony is approached by an encouraging Joe Gacy and Harland. Next, Pete Dunne is interviewed about his steel cage match against Tony D’Angelo at Vengeance Day. But he, too, is interrupted by Anthony, whose handshake offer is declined.

The match is formatted to start in picture-in-picture, and those who skim through aren’t missing much. Gacy and Harland are watching atop the balcony as the literally grizzled young veteran Dunne dominates over the inexperienced rookie. He exercises his signature joint manipulation until Anthony powers up. Dunne is sent outside and ducks a crowbar attack from D’Angelo, re-enters the ring, and delivers the Bitter End for three. “This guy’s looney tunes,” D’Angelo says as Dunne stuffs the ring with weapons. The new Vengeance Day match is set: a “weaponized steel cage match.” Will Mitch make his miraculous revival?

Zoey Stark is still injured but is enthusiastic about Io Shirai’s Dusty Cup opportunities. Shirai has found a new partner but won’t spill.

Commentator Wade Barrett says, “We don’t know too much about Sanga, but here’s what I know: he’s Indian, he’s 6’8”, and he’s 300 pounds.” Waller’s new “insurance policy” is taken down by a springboard dropkick, but meanwhile, Waller removes the turnbuckle to distract the referee. It works against him, because Sanga runs into the steel, giving Knight the victory. He trades blows with Waller, which may or may not break restraining order rules.

Duke Hudson says that “Dante Chen’s not here for a reason.” He shouts out fellow Australian Indi Hartwell, wishing her luck in next week’s championship match.

Wade Barrett conducts an in-ring panel between Santos Escobar and NXT Champion Bron Breakker, the main event of Vengeance Day. Breakker’s Steiner confidence on the microphone is met by Escobar’s suave backtalk, but interrupting the conversation is Monday Night Raw’s Dolph Ziggler – who receives an abnormally warm pop. Big fish Ziggler shines in this environment: “99 (of 100) matches tend to not go my way, but we all know what the hell I can do any day of the week.” Not even Ziggler, though, is safe from interruptions as “Blackheart” Tommaso Ciampa enters the ring. “What the hell is going on,” says an understandably frustrated challenger Escobar. Ciampa attacks Ziggler to the back, and Legado del Fantasma slams Breakker through a table as Escobar stands tall.

Grayson Waller confirms that LA Knight broke his restraining order, and next week, “LA Knight is gonna be arrested in front of the entire world.”

The match begins in picture-in-picture, and afterwards, Kai is on top with running boots. Commentary tells the truth in saying Sarray “didn’t live up to the hype,” but probably nothing will change. She eventually hits her finishing dropkick and Saito suplex for the pinfall victory.

NXT attempts to be artificially cool, but Trick Williams and Carmelo Hayes legitimately are. In the barbershop, Melo and his crew hype up next week’s matchup against Cameron Grimes.

Speaking of artificially cool, Toxic Attraction talks trash to Indi Hartwell and Persia Pirotta. The champion faction stirs the pot between Hartwell and Duke Hudson which initiates a pull-apart brawl.

Brooks Jensen and Josh Briggs continue to fumble the bag with Kayden Carter and Kacy Catanzaro, which leads to somewhere, surely.

Two very athletic duos square off, and second gear kicks in proceeding picture-in-picture. The audience gets behind the “bracket busters” in Blade and Enofe, but they’re outclassed by the experienced tag team in MSK. The latter hits the finishing blockbuster for three, once again sending them to the Dusty Rhodes Tag Team Classic finals.

Cameron Grimes went from trailer parks to lake houses in an inspiring promo package. WIll he finally win actual gold next week against the North American Champion?

Indi Hartwell and Persia Pirotta attack Toxic Attraction beforehand, reinforcing that tonight’s main event will supposedly run without shenanigans. The competitors share offense, but Rose is considerably less exciting. The audience is more engaging than the match itself, which frankly just isn’t main-event caliber. Shenanigans, in fact, do come into play as Jacy Jayne makes a distraction as Gigi Dolin pushes Ray off the turnbuckle. Rose wins and retains with a running knee, threatens Ray with a baseball bat, but Io Shirai makes the save.

Tonight’s Dusty Rhodes Tag Team Classic matches were the best in the tournament, and the crowd was infectiously behind them. Mandy Rose and her caliber of matchup headlining above them is ridiculous. But it’s another respectfully decent showing for NXT, especially with a reinvigorating appearance from one Dolph Ziggler.