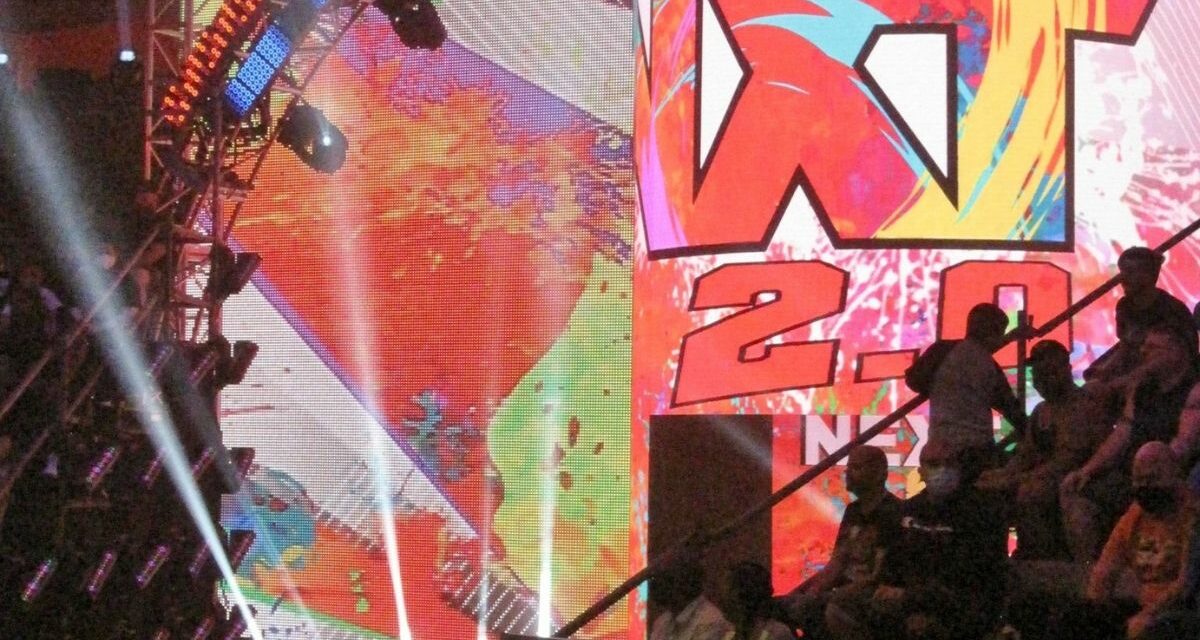 Winter here in Detroit, Michigan is one cold and depressing affair, which customarily causes us Michiganders to migrate south to Florida during the holiday season. Now, any sane person chooses Disney World or Universal Studios as their Orlando, Florida destination spot. I opted for NXT live at the WWE Performance Center.

Admission into NXT live on December 28 involved a limited selection process and series of confirmation emails. Coronavirus guidelines, contrarily, were less stringent than the parking protocol, but mask-wearing was highly recommended.

Unfavorable world circumstances aside, attending NXT was a bucket list event. The once amazing roster and in-ring classics truly “shocked the system,” and its underground atmosphere created a special authenticity. “We are NXT,” leader Triple H habitually boasted throughout the 2010s.

Well, I missed that boat. In late 2021, NXT “revamped” its overall product trading workhorse fan favorites for misguidedly “idealistic” rookies. The originally gritty, metal vibe was overhauled by a blotchy rainbow one, making Steve Buscemi’s famous “how do you do, fellow kids?” line come to life.

It’s easy to criticize the overwhelmingly bright and colorful visuals on television (which I do weekly as Slam Wrestling’s resident NXT reporter). But actually visiting the WWE Performance Center is a perspective-changing experience. 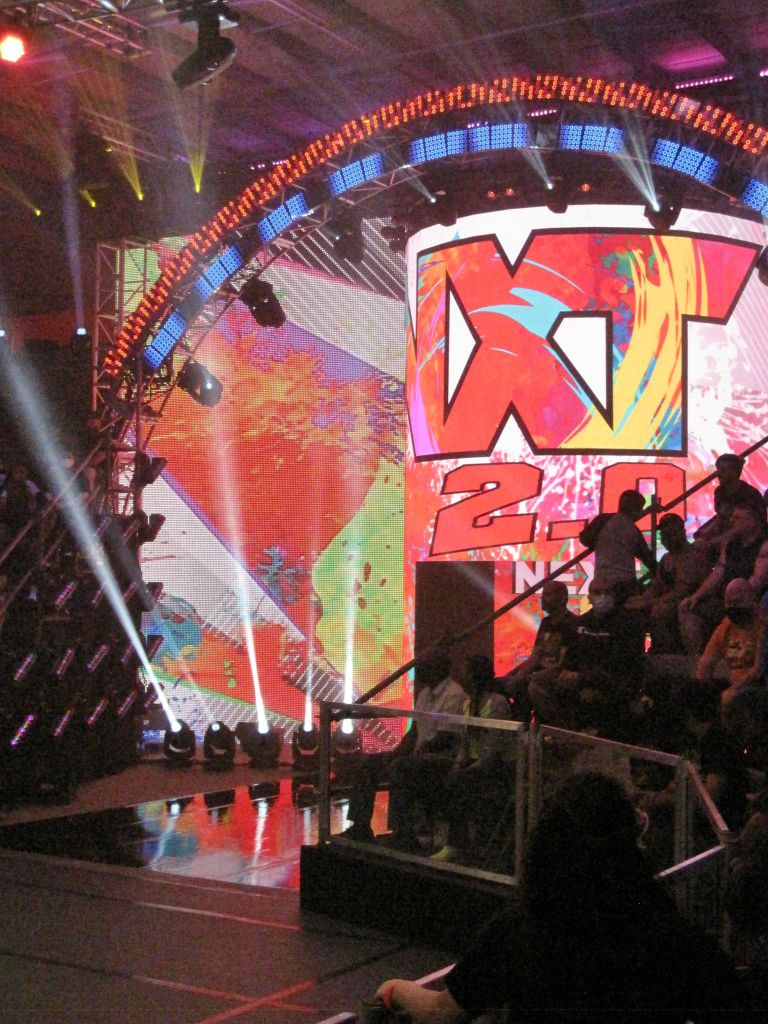 WWE’s production value is absolutely unrivaled. The encompassing LEDs, vibrant lighting, and booming audio made for an incredible ambience. And by design, the upscale presentation made everybody look like superstars — even those preliminary 205 Live guys (I’m being generous).

I booed my lungs out towards Grayson Waller, stood in solidarity with Joe Gacy, praised Carmelo Hayes, and heartily told Von Wagner that he sucked. The cliché is true: there’s nothing like live professional wrestling.

But when the adrenaline died down, I recognized it was still smoke and mirrors. The great production spawns WWE’s dreaded overproduction, as the well-oiled machine is almost unbearably squeaky clean and manufactured.

A production worker gave the audience signals and cues like it was The Tonight Show Starring Jimmy Fallon. I caught him micing and clapping his hands together to resemble nonexistent crowd support, which is hilarious in retrospect.

Plus — whether due to COVID-19, travel, or otherwise — the roster was blamelessly ransacked, putting inexperienced names like Harland and Tiffany Stratton in the spotlight over absentees Tomasso Ciampa, Brian Kendrick, and Riddle.

But regardless of my pessimism, it was a fun and worthwhile first-time experience. The regular sitting next to me asked, “Is it what you expected?”

The majority of those 300 people in attendance are NXT regulars, who are welcomed back every single week. They’ve buddied with themselves, the security guards, the wrestlers even. The intimacy was fascinating and totally unlike WWE’s normal barrier.

Kids were freely taking selfies with commentators Vic Joseph and Wade Barrett, members of Chase University were sitting amongst us, and wrestlers were roaming around outside; I saw Dante Chen on the sidewalk waiting for his ride apparently. 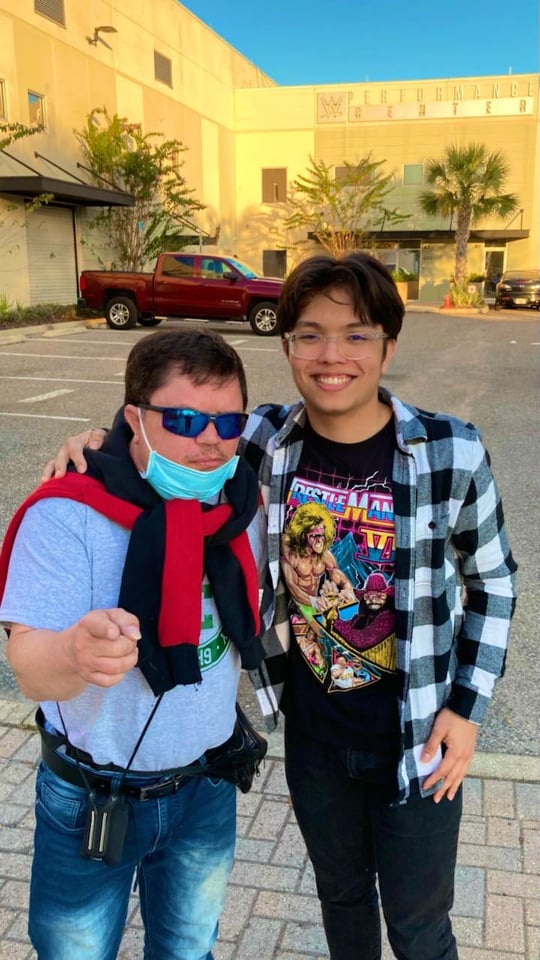 Brad and Matt McFarlin outside the WWE Performance Center on Tuesday, December 28, 2021.

As an outsider, I send special thanks to regulars Adam, Jerry, and Matthew for helping out. From the seating arrangements to complimentary tour of suburban Orlando — they know the ropes well.

Like others, they’ll return for each show, no matter the brand’s persisting overhaul. From 2012 onward, NXT’s special authenticity is those 300 diehards in Orlando, Florida. It’s an underground community, and that’s NXT — “We are NXT.”