Yoh and Takahashi are your BOSJ finalists 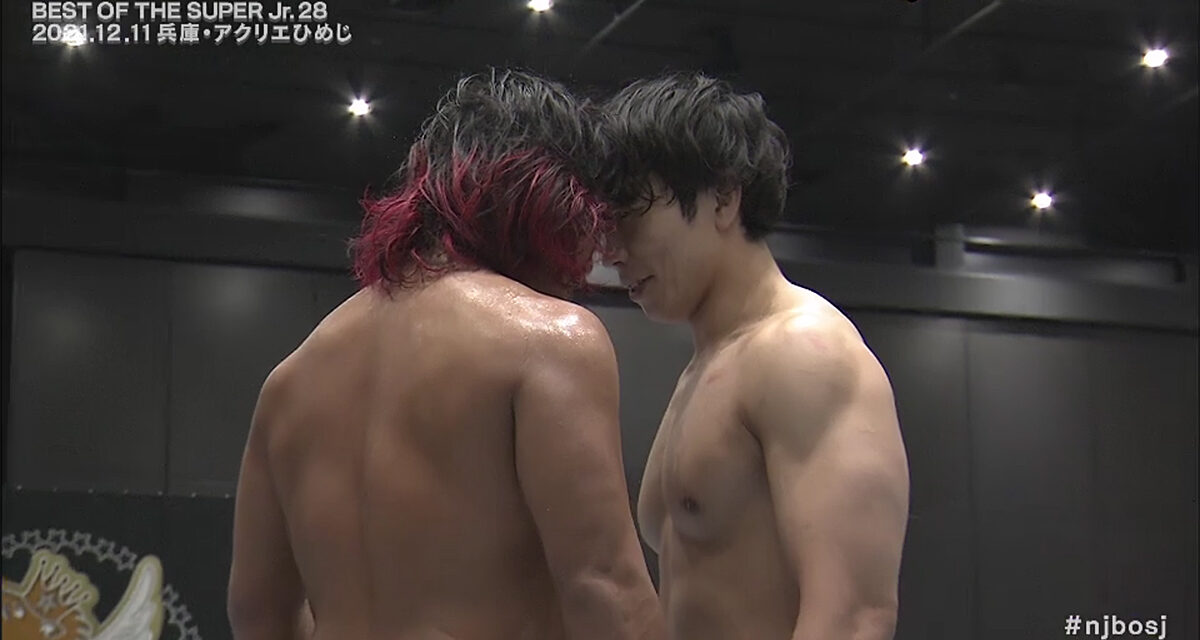 Hiromu Takahashi and Yoh will meet in the finals of the Best of the Super Juniors Tournament next Wednesday. Yoh is the Cinderella story of the tournament having started with loss after loss but quickly turned that around into an impressive winning streak. Yoh’s former tag partner in Roppongi 3K, Sho, fell short of making the finals despite cheating his way through every one of his tournament matches. Perhaps there is a lesson in all that?

Yoh and Sho finally met face-to-face on night eleven. Yoh started things off taking all of his frustration out on Sho labeling him with forearm after forearm in a corner. The official had to actually pull Yoh off of Sho. A chase on the floor ended with Sho shoving a Young Lion into Yoh and then whipping Yoh into the steel barricade. Sho removed a turnbuckle pad, placed it over Yoh’s face smothering him. Sho used a chair on Yoh smashing him arm over and over again with it. 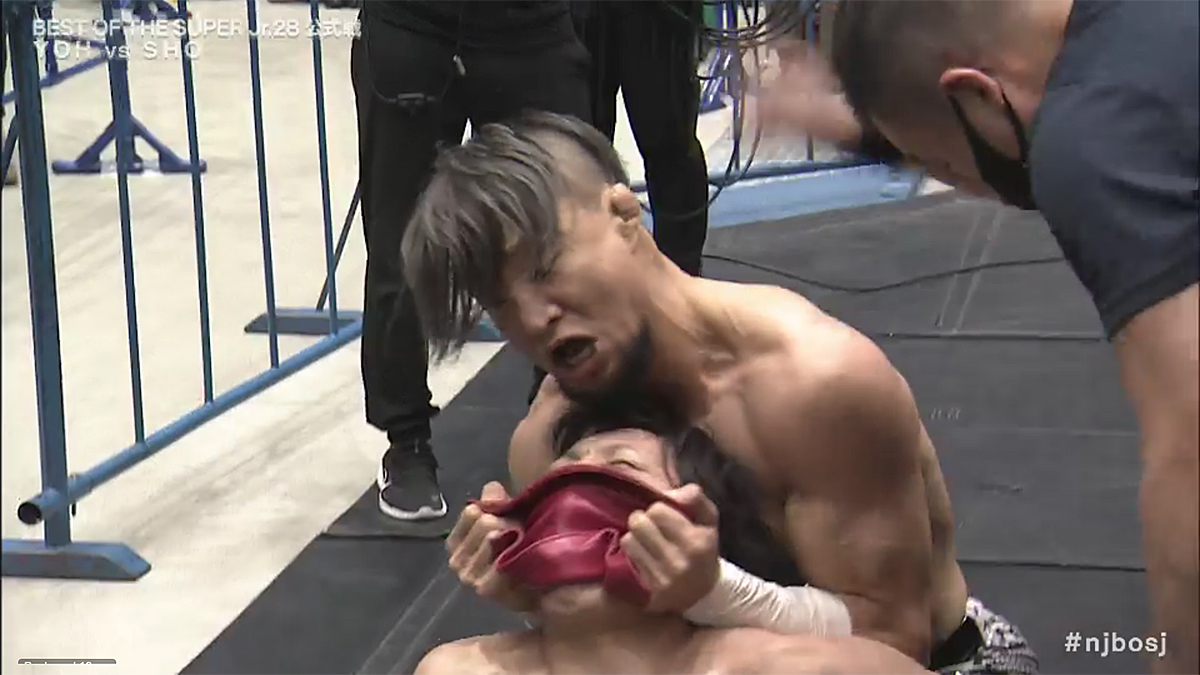 Sho pushed Yoh into the official and they both went down. Sho went for his wrench once he suplexed Yoh. Yoh blocked the wrench suplexing Sho for what would have been a pinfall. Evil, Dick Togo and Yujiro Takahashi ran to the ring. They swarmed Yoh kicking him into the mat. Yoshi-Hashi and Hirooki Goto came to Yoh’s aid ridding the ring of the House of Torture. Yoh pinned Sho with Direct Drive finisher.

Bushi DDTs Kanemaru on the apron and is victorious with MX. Give the man a push already, NJPW.

Yoh versus Sho – BEST OF THE SUPER Jr. 28 TOURNAMENT MATCH

El Phantasmo knocks Desperado into next week with his Sudden Death kick.