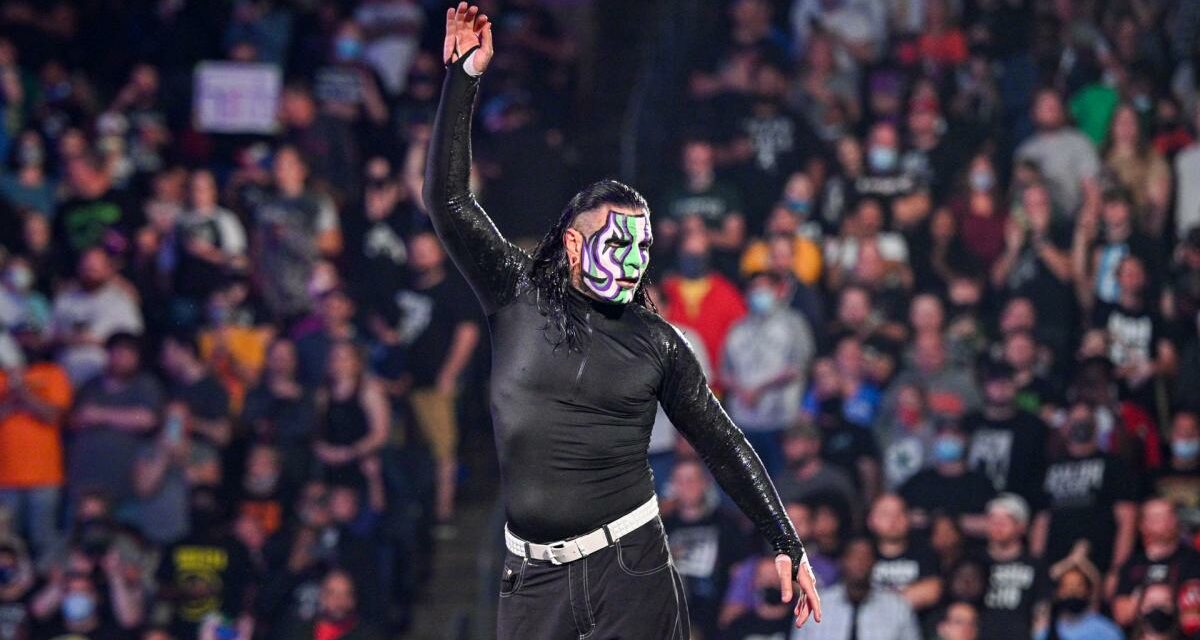 After a bizarre incident at a recent house show Jeff Hardy has been released by the WWE.

“Fightful has learned WWE has released Jeff Hardy. I’ve heard WWE offered Jeff Hardy help and rehab, and it was not accepted. Here’s to hoping things get better for him,” Sapp wrote.

Over the weekend Hardy was sent home from a WWE show in Edinburg, Texas. Hardy was teaming with Xavier Woods and Drew McIntyre against The Usos and Roman Reigns.

Once he made a hot tag, Hardy left the ring and exited through the audience never to return.

Fans captured the incident on video.

During a live Twitch stream a few days later Jeff’s brother Matt assured fans that his brother was fine.

Hardy has battled addiction issues in the past and had spent time in jail for being for trafficking in controlled prescription pills and possession of anabolic steroids. He has also been previously arrested for public intoxication and impaired driving.

WWE Champion Big E had this to say about the situation:

Jeff Hardy is so beloved by his fans and his peers. I’ve never heard a negative word about him & he’s always treated me with such kindness. Just wishing him and his family the very best.