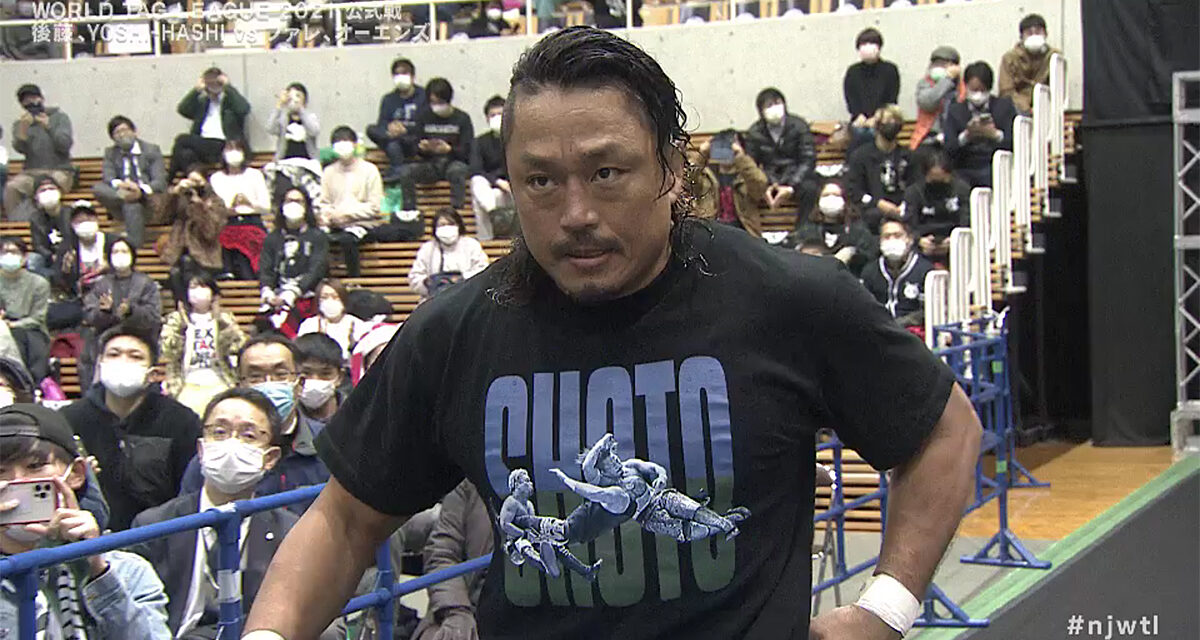 There are only four teams at the top of World Tag League with just a few matches left in the tournament. The Bullet Club team of Bad Luck Fale and Chase Owens dropped down by two points after losing to Chaos’ YOSHI-HASHI and Hirooki Goto.

Goto escaped Owens’ Package Piledriver. He and Yoshi-Hashi double-teamed Owens with their Shoto finisher to pick up two more points and stay in the top four.

You know by now…

Yano punches both Taka and Suzuki in the “lower abdomen”. The Ace forces Taka to submit. Suzuki flips off the official for not catching Yano’s shenanigans. He then beats the crap out of two Young Lions at ringside.

As the official wrestles Yujiro’s cane out of his hands, Dick Togo strangles Honma with his garotte. Makabe evens the odds by choking Togo with his steel chain. Evil punches Makabe in the “lower abdomen”. Yujiro hits Honma in the head with his cane and pins him with Pimp Juice.

The United Empire pin Kojima with a double team.

Winners: Aaron Henare and The Great-O-Khan