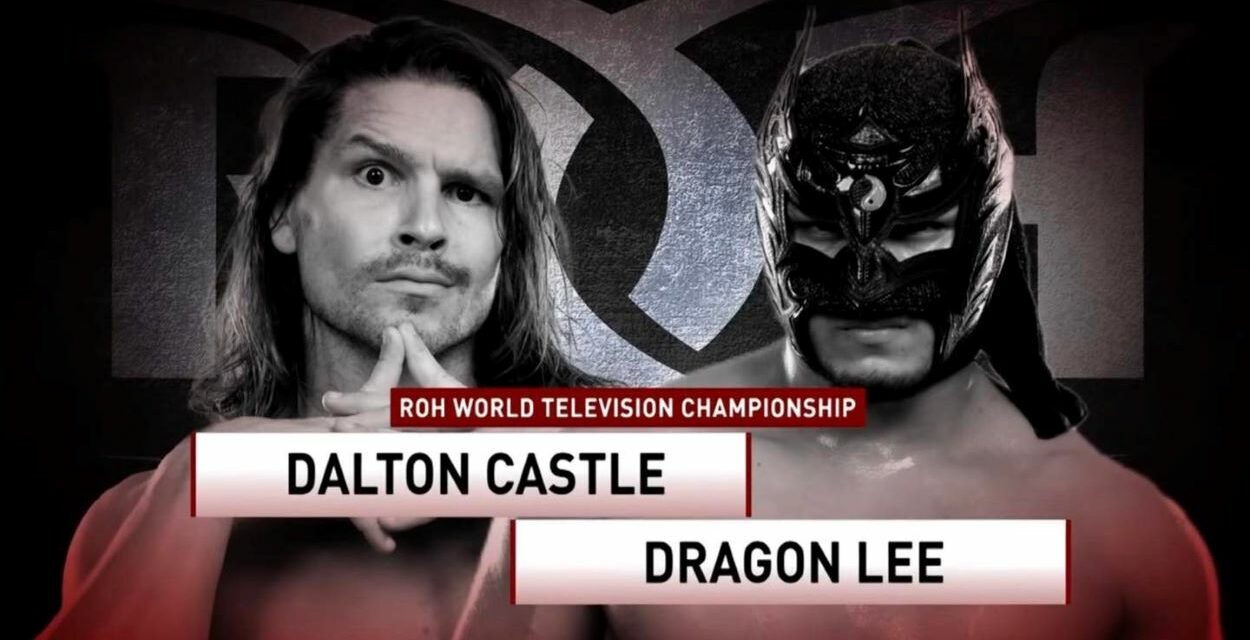 Greetings and salutations everyone and welcome to my weekly ROH TV report. With Final Battle inching closer and closer, this is a huge week as there are still some major angles playing out. Without further ado, lets get to it.

The show started with Quinn McKay introducing us to the action from the ROH studio. She ran down the card that included a Pure Rules match between Brian Johnson and John Walters, a contenders three way bout between Allysin Kay, Mandy Leon and Trish Adora, and a ROH Television Championship match between current champ Dragon Lee and Dalton Castle.

Use #WatchROH to join the conversation with the stars of ROH and the Honor Nation!

Can the MECCA get a victory over over ROH legend Walters? Or will Walters give Johnson a pure beating?

Walters started the match with a takedown as we head into commercial right away. Back from the break, Walters had Johnson playing the ultimate defensive match as he unleashed a fury of strikes. Johnson was able to exit the ring to attempt to regain his composure. Walters then made a costly mistake after climbing the top turnbuckle and attempting to take out Johnson but Johnson hit Walters with a strike of his own. Johnson then gained full control of the match as he put on a clinic on Walters, forcing him to use all three rope breaks as he fought against an onslaught of submission attempts. Johnson then connected with a cheap poke to the eyes of Walters. Johnson lifted Walters up and hit his neckbreaker before getting the successful three count.

Chelsea Greene joined the commentary team for the next match.

This match was the second triple threat match to determine who will face Willow to see who will then face Rok-C at Final Battle for the ROH Women’s Championship.

The winner will move on to face @willowwrestles to determine who will go to #FinalBattle & get a shot at the ROH Women’s World Championship against @TheRokC_!https://t.co/i2jLIS1sG1

As soon as the match started Leon left the ring leaving Kay and Adora fighting each other. Kay applied a headlock then Adora began fighting back. This prompted Leon to get back into the ring and tried to take our both opponents but failed miserably. Kay and Adora kept focusing on each other as Leon just watched. After a few minutes, Leon was inserted into the match as Adora locked her in a Kimura Lock. Kay then locked an arm bar on Leon all while Kay and Adora traded punches with Leon in a double submission.

Kay placed Adora on the top turnbuckle and was hoping to get a superplex, but Leon came in and turned it into a powerbomb on both women. Adora took the brunt of the pain as she rolled outside of the ring as the ref checked on her. With this new distraction, Love came into the ring and hit Kay with a forearm. Leon then hit a pumphandle driver on Kay for the WIN!

Mandy Leon will now face Willow in two weeks time to determine who will face Rok-C for the ROH Women’s Championship at Final Battle.

The match started quickly with Castle trying to trip Lee up. Castle and Lee lock up and go back and forth for a few minutes. Castle then connected Lee with a German Suplex and followed it up with a knee to the face right away for a two count.

The match was taken outside and Lee clotheslined Castle over the barricade. Lee then attempted to go for a dive onto Castle but Castle’s Boys intervened and took the brunt of Lee’s dive.

Castle and Lee made their way back into the ring. Lee tried to go for an Incinerator Knee Strike but Castle connected with a clothesline that turned Lee inside/out. Pandemonium ensued as Kenny King came down to the ring. King wanted to get involved but Shane Taylor Promotions also came out to stop King. The referee was completely distracted by the hectic fighting on the outside by STP and The Foundation. This ref distraction allowed Draper to run down from commentary and pushed Lee into Castle who hit the Bang-A-Rang on Lee. Castle went for the cover and got the three to become the NEW ROH TV CHAMPION!

Thank you for watching honor nation! Join us this weekend on ROH TV or next Monday during the ROH watch party to see these two huge matches!
⬇️⬇️⬇️#WatchROH pic.twitter.com/QKgFgzySkB

This week’s TV was good TV show with a surprising result in the TV title match. I am not sure about Leon getting the win as this does nothing to progress Kay and Adora. All in all, this was a fun episode and the main event was must watch.