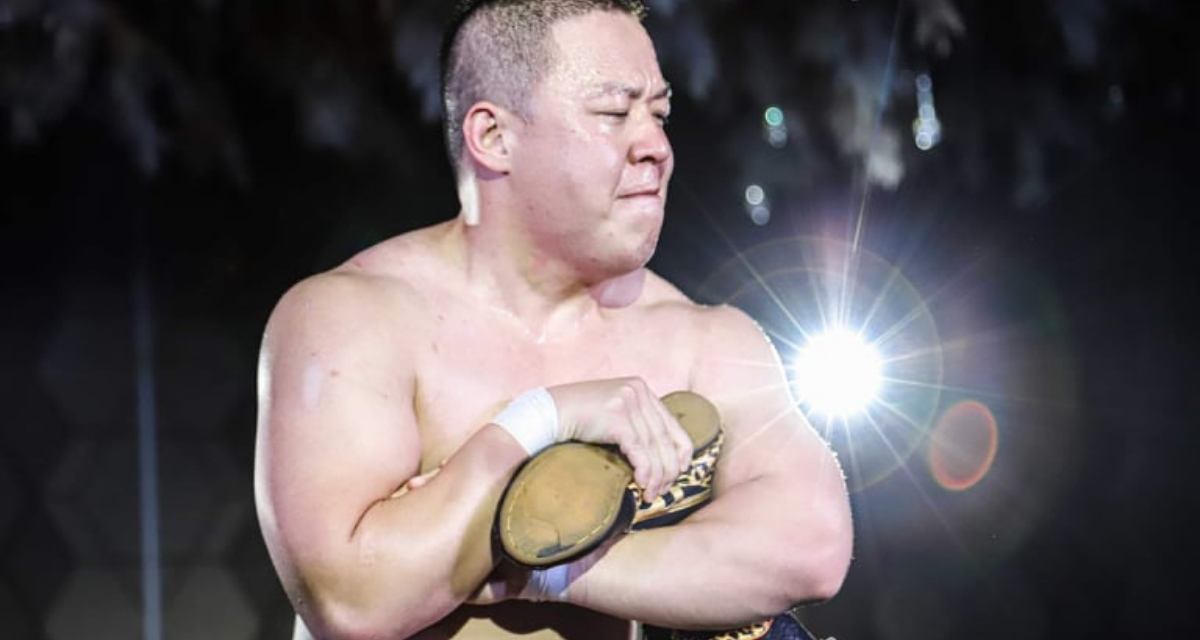 This week is unique in that we head straight into the action of a match rather than promos.

This match has some history and subplots. Since Mamba turned on his former partner Bamboo Crusher (who hasn’t been seen in weeks), he has developed a rivalry with the returning Wan.

Mamba takes control immediately with a boot to the gut but it doesn’t last long as they begin to trade tackles and Wan comes out on top of the exchange. The two take turns stringing together moves. After a knee drop Mamba sends Wan to the floor where he maintains control until Wan begins to hit him with a variety of strikes. After a backdrop Mamba goes for the count out win but Wan slides in with difficulty before it can happen.

Mamba keeps control in the ring with some close near falls. A headscissors submission attempt allows Wan to briefly reverse the momentum into an ankle lock until being stopped by a flatliner.

Mamba works Wan until he is able to lock in his signature crippler crossface. Wan escapes and is able to go for two quick pin attempts, the second of which scores him the unexpected victory.

After the match Wan gets on the mic with a message for Mamba, he says that this drama between them has been really unnecessary and all Honwan wants is his friend back. Mamba replies that he agrees and the two embrace. But Mamba superkicks Wan turning on him again. Mamba stomps him some more, picks up the book and says nothing will come between him and the power that the book “Satan’s Temple” will be able to grant him. 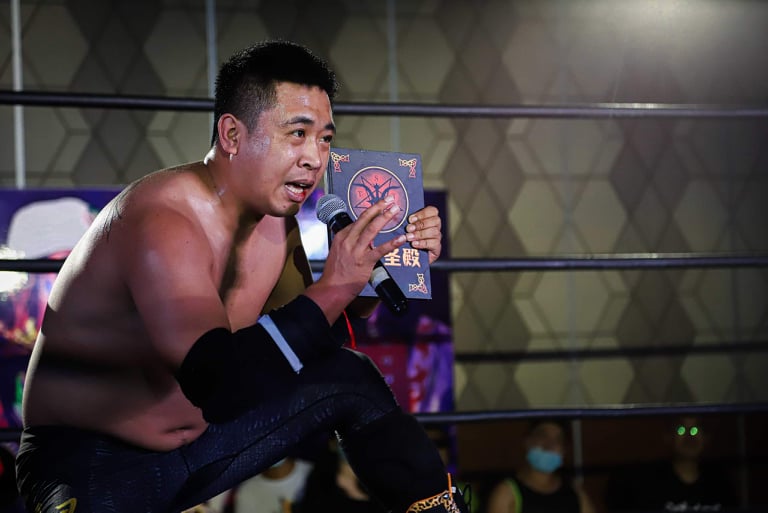 Wang Tao narrates a montage about his MKW journey thus far: his start as a fledgling rookie, then as Steve the ESL Teacher’s pupil and their rivalry. Finally we are led to his big MKW title opportunity next week against Coldray for winning the Coldray Game.

Match 2: Nor “Phoenix” Diana vs Shaukat

For this special intergender match presentation from APAC Wrestling we head to Juala Lumpur, Malaysia.

Shaukat starts with offering a handshake and explaining that he will not punch his female opponent.

Early on Shaukat demonstrates his strength but Nor exhibits technique in being able to escape these predicaments. They exchange hold back and forth evenly until Shaukat lands a decisive gutwrench takedown and then methodically works a variety of holds.

Nor eventually fights her way out of a chinlock eventually leading to a fisherman suplex nearfall. She keeps the momentum with high flying and submission moves but once again Shaukat stops her with his strength when he reverses a guillotine into a big suplex.

Nor show off some more reversals but eventually succumbs to an elbow strike.

After the match Shaukat attempts to help Nor to her feet but she declines and rolls to the outside while grabbing her head in pain.

This match between these two rulebreaking teams was made last week when these two teams clashed while the Whips were post match promoting backstage.

Holmes and Sam start. Holmes excitedly and playfully prances about as Sam looks on bewildered while missing strikes on the playful Irishman. The foolishness ends up being an intelligent strategy as he lures Sam in while mocking Marie on the outside and is able to cut him off with an elbow as they get back in the ring.

The Whips control doesn’t last long as Sam downs both with a double tackle. But neither does his. Upon doing so MKW tag team champions C2NY’s music hits and they enter. 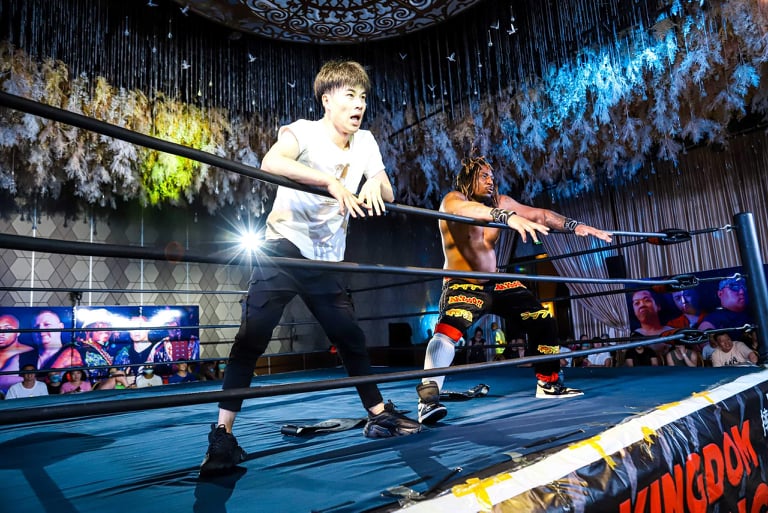 Both teams direct their attention to the champs Buffa and DC Chen for some time. As the match unfolds between Money and the Whips, the participants continue to be distracted by the champs. Finally Holmes prompts a confrontation. He and Money set aside their differences and stalk the champs who back off while teasing the odd legal couple. A brawl between all men leads to a double count out.

After the match Buffa and Chen claim the ring as their own while posing with their belts as the other two teams retreat.

Every week these 1 hour episodes push the stories forward a little more enough to keep me wanting more.